“Utterly, indeed, should I despair did not the presence of many whom I here see remind me that in the other high authorities provided by our Constitution I shall find resources of wisdom, of virtue, and of zeal on which to rely under all difficulties.” In this section Jefferson names the first official document of America and states that it has provide and will provide the U.S. with everything it needs to be successful. Jefferson mentions his trust that he puts in the document and all that wrote it.

Jefferson shows the citizens that because he and others made the document, they should be trusted, because the Constitution made America free from British rule. The Constitution unifies the U.S. also, it only states what need be, not things like divisions of political parties and what not.

Jefferson’s constant use of words like us and we helps bring the U.S. together as a country regardless of whether you are federalist or democratic republican.

It eases the tension between both parties.

“Called upon to undertake the duties of the first executive office of our country, I avail myself of the presence of that portion of my fellow-citizens which is here assembled to express my grateful thanks for the favor with which they have been pleased to look toward me, to declare a sincere consciousness that the task is above my talents, and that I approach it with those anxious and awful presentiments which the greatness of the charge and the weakness of my powers so justly inspire.

” Jefferson begins his address by telling us he is thankful for being elected President and he states that he is humble by saying that he will provide the nation with the best care possible, no matter the cost. This statement hardens the people’s belief that they have chosen the right person for the job. He says he is grateful and humbled by the offer, there for appealing to our patriotism and admiration for who he is.

Jefferson’s tone throughout the address is both humble and asserting. He states that he is both grateful and humbled by the offer of a Presidency. He also asserts his opinions and notions of unity and the country’s strength, invigorating the audience.

The majority of the audience does prefer one side or the other regarding political parties. This speech is intended to reach out to everyone, including children. I think some might say that he is favoring Republicans, which may affect the tone of the speech for them. Everyone, however, is united as a nation by the address regardless of their political views. 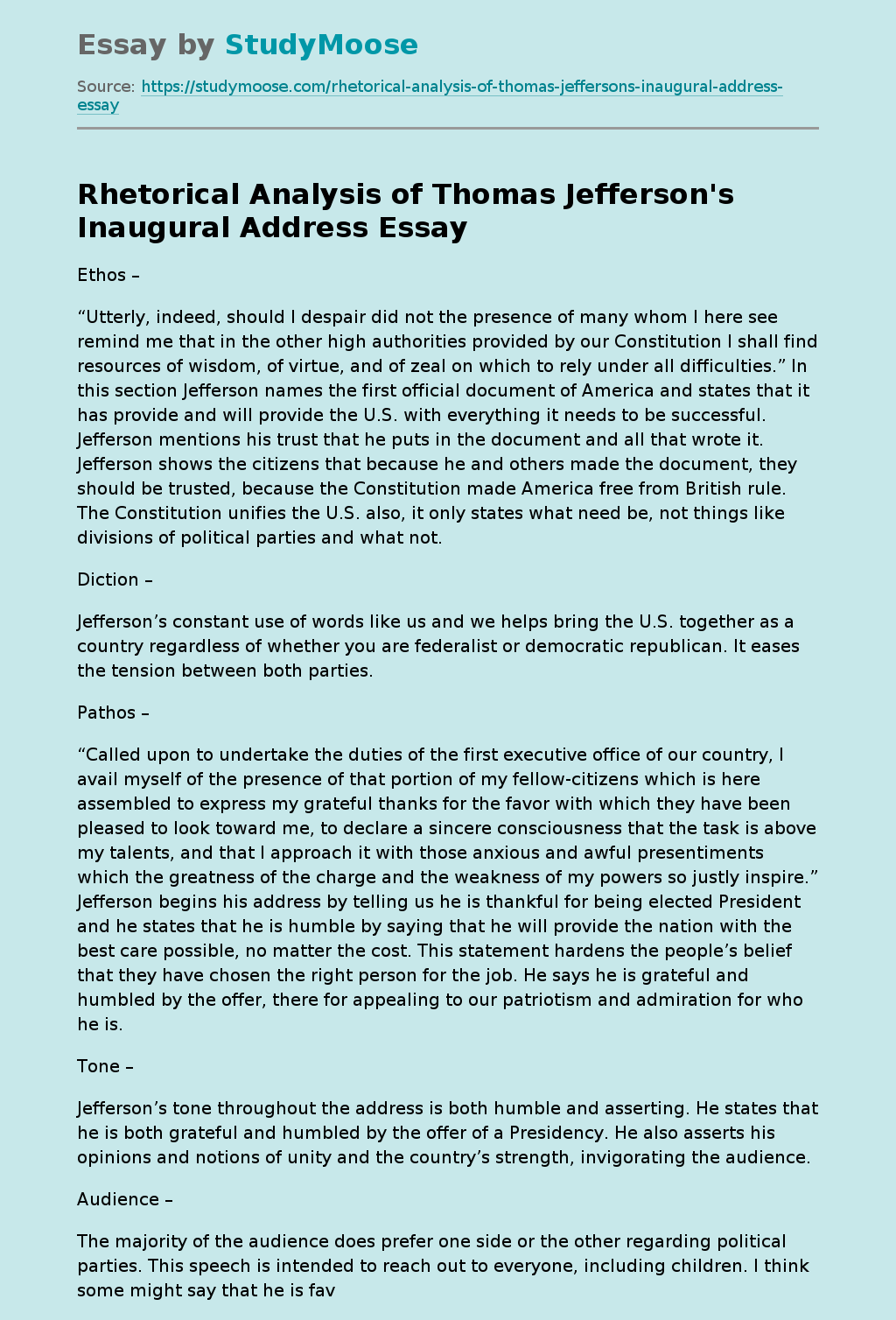