Don't use plagiarized sources. Get your custom essay on
“ Reverend Henry Ward ”
Get custom paper
NEW! smart matching with writer

In 1938, Reverend Henry Ward started researching primary education for young children and began to campaign for children in Jamaica. The campaign was a hard task to take on, as there very little education services back then, and not a lot of money was put aside by the government to place into building and creating schools and education centres. In 1938, after alerting the government of the desperate need for primary schools,

He then went on to create schools in areas that needed critical help. He once said in an interview that he created a school for 3-6 year olds after seeing them unprotected, running about the streets unattended. In 1941, Reverend Henry Ward held a presentation to the Jamaican Board of Education calling for the creation of ‘play centres’. These centres were to include play stories, action songs, lessons on pets, the caring of a garden, the teaching of reading, writing, numeracy, craft and handy work.

This was dropped by the government, sadly, although they did then create more “basic schools” in Ward’s name. Without Reverend Henry Ward fighting every step of the way for basic, primary education, Jamaican schools would still now be very far and few between. 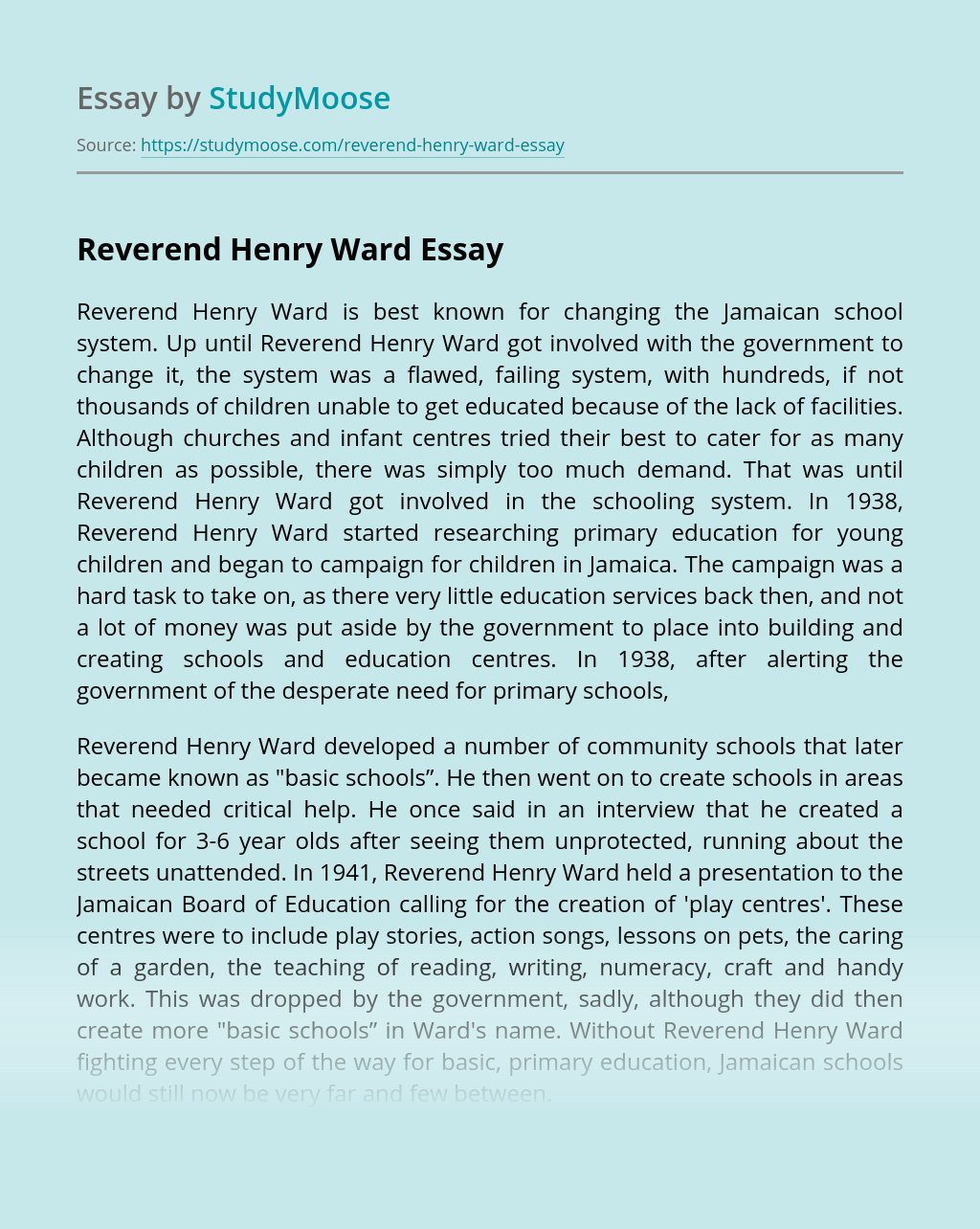