1. Identify the ethical and legal issues of which Albert needs to be aware. a. Barry putting Albert or Mary’s trade before the client order, this is called spinning and is considered unethical. And you have Barry demanding insider information on several companies b. Hostile Takeover, the union would do everything in its power to oust the old management, and welcome the new management. c. Albert’s uncle giving him inside information on a number of companies about to file bankruptcy.

d. Buy stock for boss and boss’s friends, and they’ll give him a bonus. 2. Discuss the advantages and disadvantages of each decision that Albert could make and has made. a. If Albert gives Barry the information, he will get to keep his connections and will not get exposed for spinning.

– The disadvantage if Albert doesn’t give Barry the information, he will lose connections, get exposed, and Albert would be known as an unethical/immoral person. b. Hostile takeover kept drawing bigger clientele, and a big payoff.

– Disadvantage it was unethical to for him to make the deal with the union, and he would lose lots of money and upset his father-in-law. c. Albert made money from his uncle’s information. –Disadvantage Albert would lose money. d. If Albert buys the boss and the boss’s friends their stock, the advantage for Albert is the bonus he’ll receive. Disadvantages; unethical incentives and the investment risk.

3. Identify the pressures that have brought about these issues. a. Albert’s wife losing her job
b. Albert’s parents are unhappy with him for marrying a non-Chinese woman, his parents want them to move to Taiwan, but Mary did not like the idea of leaving the United States and raising children in an unfamiliar culture. c. Mary and Albert made some unethical career appearance decisions with the car, clothing, and clubs. d. Mary’s father wanting to change the management in the health care company in an unethical manner. 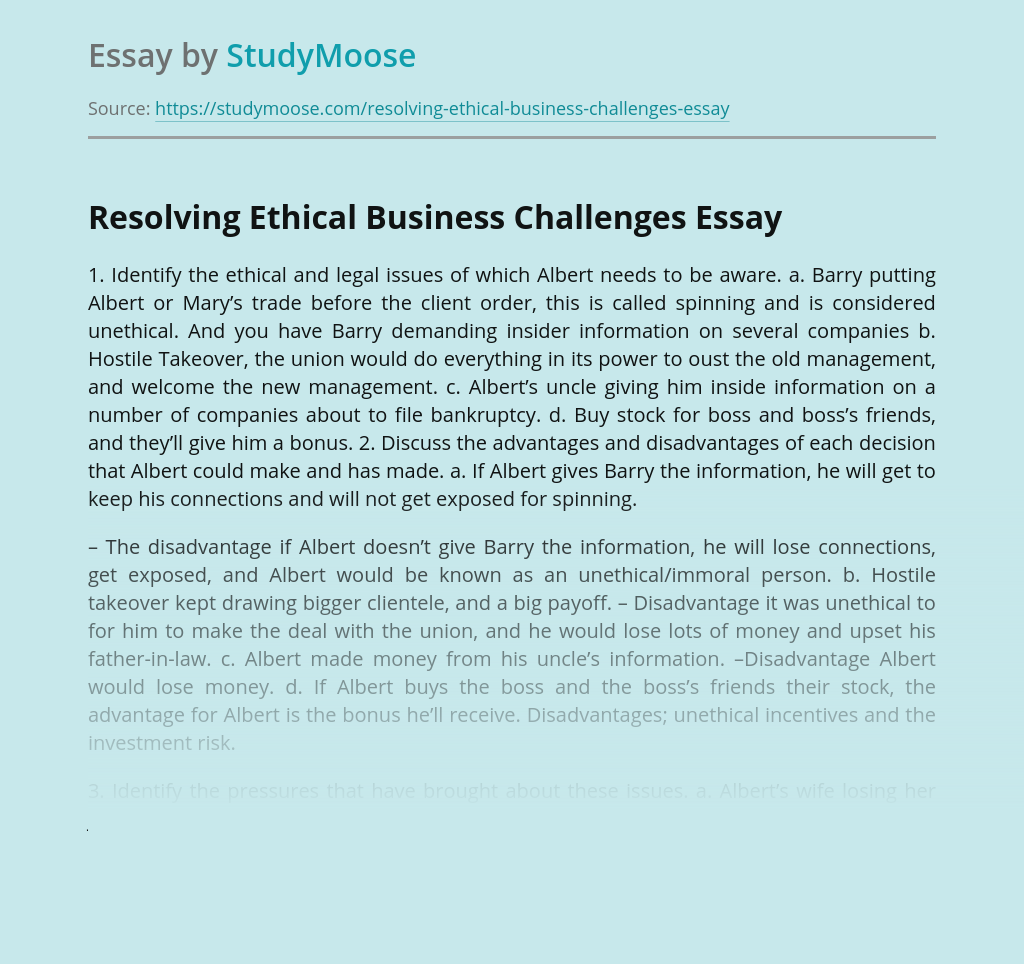