Research PaperDeanna GradyLiberty University July 1, 2019ENG 102 B06Summer 2019Professor Rachel DownieAPA writing styleI. Statement In the play, Everyman’s perception of death and the treatment of death tells of one humans journey in learning that the good and evil deeds of ones life will be accounted for individually. The journey to the knowing of whom they will be accounting to is the concern as to the how they arrived at the gates of heaven where the book of life holds all the deeds, good or bad which will tell the life story in which it took.

II. SummaryAngry with the way humans are acting on earth, God summons Death to visit with Everyman to acknowledge that judgement will take place at time of death. Coming to the realization that those deeds, good and bad, carry on through life, are the factors as to what will be the judgement of the afterlife that awaits.III. Conclusion This mortality play is a waking up call for Everyman.

As life is traveled through, the things that are done good, bad or indifferent are what will be judged when the time comes that the spirit leaves the body and the only thing standing in front of God are the deeds that have been done. God, whom sits at judgement of Everyman, who represents all humanity, has Death to convey the message that when a human dies, the deeds, good or bad, that they have performed will be judged by God. At that time, the spirit leaves the body and goes before God to be judged of the deeds that have been done while the body was on earth. 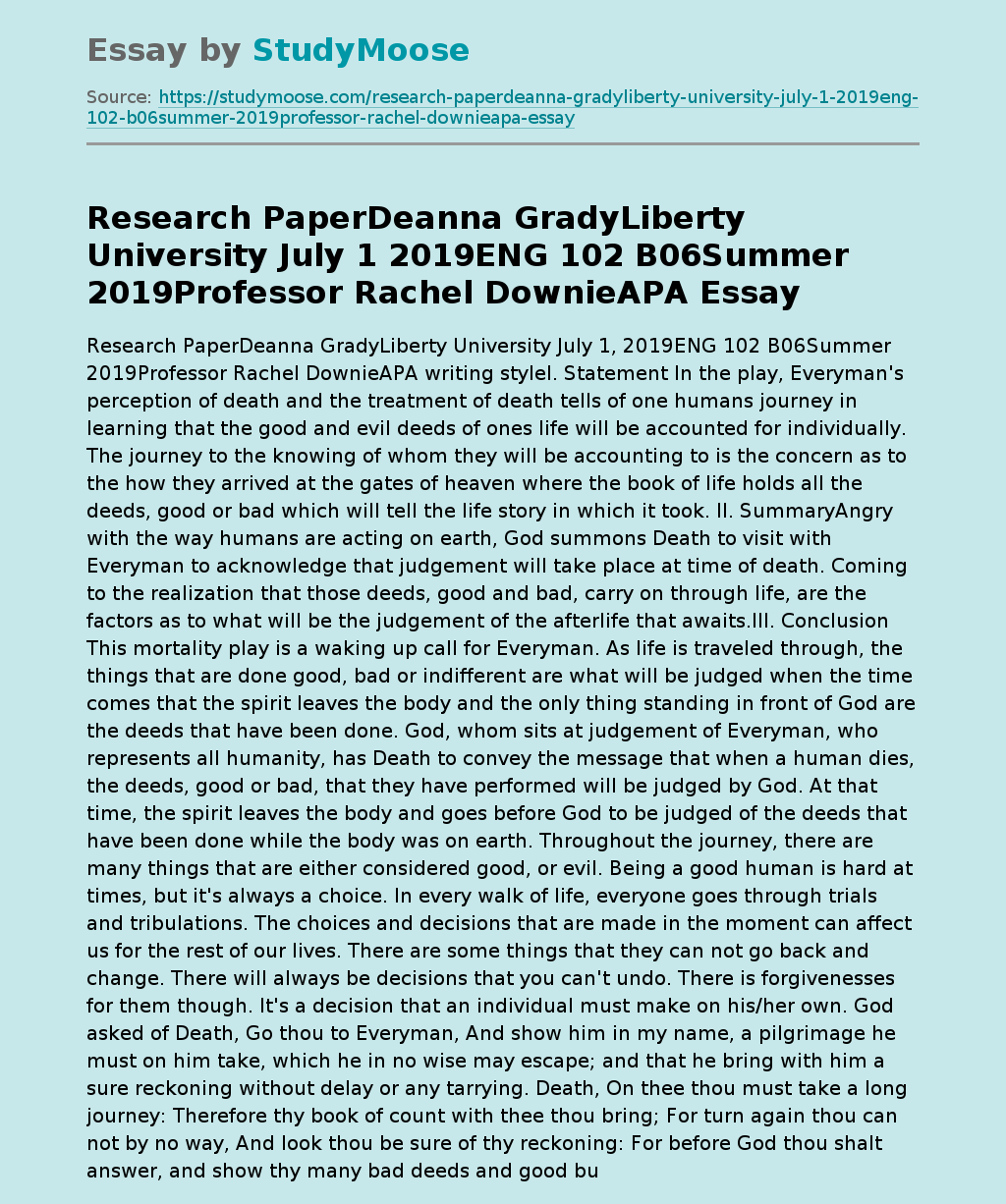