As well as a theme from the movie that is equality.

Don't use plagiarized sources. Get your custom essay on
“ Healthy Relationship ”
Get custom paper
NEW! smart matching with writer

“Listen, I’m Gerry, you’re Julius. Let’s just get some particulars and get this over with,” Gerry said. “Particulars? Man, no matter what I tell you, you ain’t gonna know nothing about me. ” Julius responded. Their relationship started off by not acknowledging one another, they were like enemies. They looked at each other with disgust and intimidation. They both lived their own separate lives with their own race and did not want to bond with the other race.

If they did join with another race it was like a crime.

But as the movie went on, the characters developed and learned to bond. They learned to appreciate the meaning of trusting a man’s soul rather than the color of their skin. They worked to overcome the racial issues and heal the conflict. I feel that the scene where, Julius had gone to visit Gerry in the hospital after his accident showed most development. Julius walked into the room, “Only kin’s allowed in here,” said the nurse.

“Alice, are you blind? Don’t you see the family resemblance? That’s my brother. ” Gerry indicated. This is where they fought the battle of Gettysburg. Fifty thousand men died right here on this field, fighting the same fight that we are still fighting among ourselves today. This green field right here, painted red, bubblin’ with the blood of young boys. Smoke and hot lead pouring right through their bodies. Listen to their souls, men. I killed my brother with malice in my heart. Hatred destroyed my family. You listen, and you take a lesson from the dead. If we don’t come together right now on this hallowed ground, we too will be destroyed, just like they were.

I don’t care if you like each other of not, but you will respect each other. And maybe… I don’t know, maybe we’ll learn to play this game like men. ” Coach Boone said to the team. This quote has the most significance to the theme. Coach Boone explained that coming together would be the only option and they had to learn to accept each other no matter what, that they are all equal. From my point of view, the themes are equality and acceptance. No matter what your race is, your gender is or the religion you follow you should not be treated different than any other human.

Beneath the skin we are all the same, we all have a heart and that is what truly matters.

so we tell them

so we tell them

We Are The Titans!

We Are The Titans! 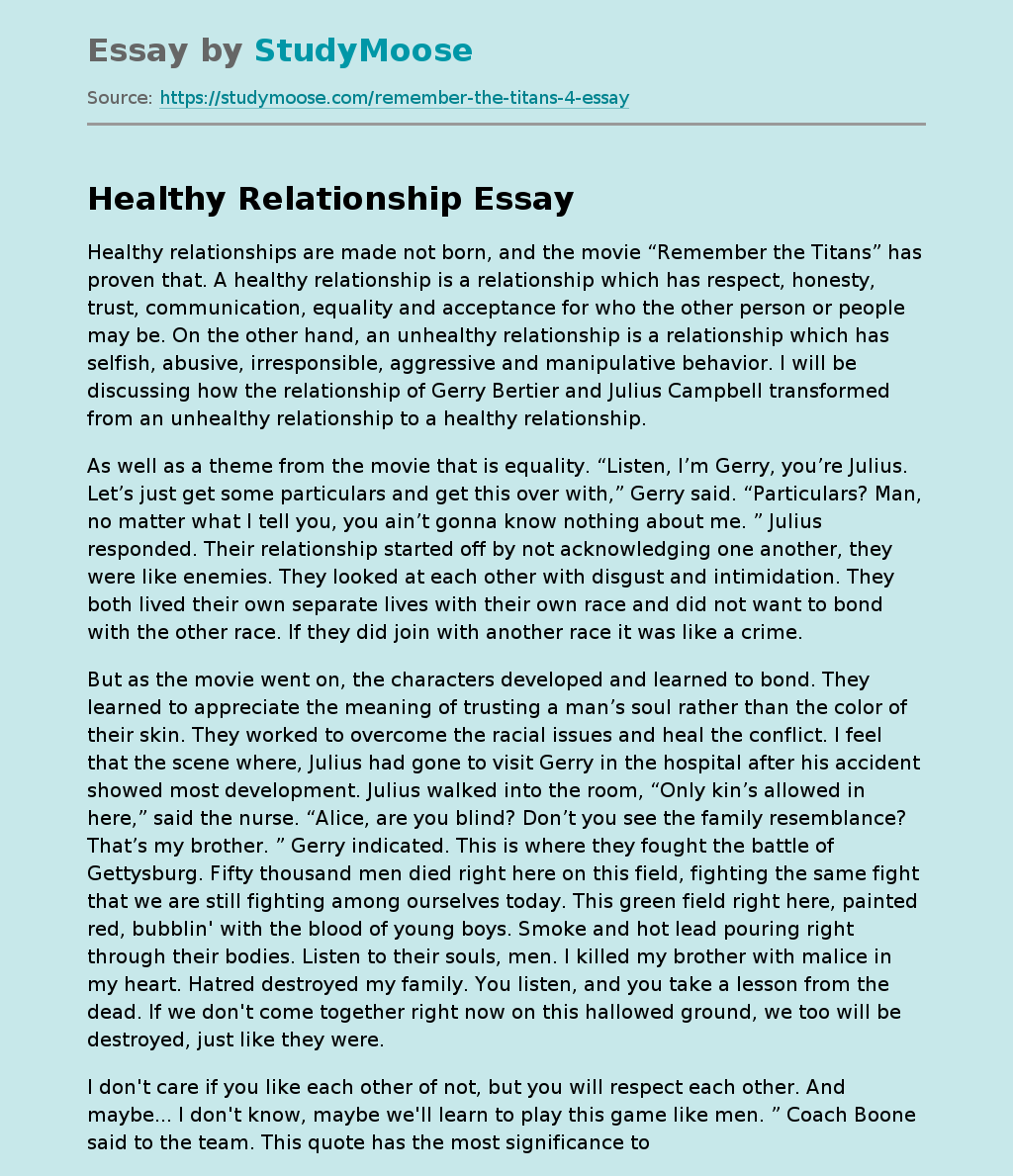