An intangible asset, despite not having a physical form to it, has great value to a company and is to be disclosed in the financial reports. Some companies only disclose the brand and goodwill as their only intangible assets, while others include more such as software and the company trademarks (Loftus et al. 2012). The Accounting Standard AASB 138 advises businesses on the accounting treatment of these intangible assets, but only if the specific criteria have been met for an asset to be recognized as intangible.

Don't use plagiarized sources. Get your custom essay on
“ Relevant Accounting Standards at Woolworths Company ”
Get custom paper
NEW! smart matching with writer

An asset has to meet one of the following in order to be considered identifiable. It has to be separable, so that it is recognizable to be different than goodwill. This means it is capable of being sold, licensed, rented, transferred or exchanged, resulting with separation from the business. Or it has to arise from contractual or other legal rights, whether it is separable or not (AASB 2010).

The asset has to be non-monetary. This characteristic is required so that receivables are not considered as an intangible asset by businesses just because the money has been recognized but not received yet (Loftus et al. 2012).

This is required so that tangible assets of property, plant and equipment are not being recognized as an intangible asset (Loftus et al. 2012).

Also, an asset is strictly only recognized as intangible if it meets both of the following in the recognition criteria:

A class is a group of intangible assets that are of similar nature.

Some examples of classes include Brand names, Computer software or Licenses and Franchises, just to name a few.

The report was presented with each class of intangible asset separated into their own headings with their own amounts written under it before the total amount of intangibles. This made the amounts of amortization and impairment more recognizable from where it had arisen. This reconciliation provided a carrying amount at the beginning and end of the period as requested by the Standards. Also included were the additions arising from acquisition of businesses, other acquisitions and disposals that were required to be shown in the reconciliation.

The guidelines in the AASB 138 seem to already make companies scrutinize their intangible assets intensely and reveal every bit of it in their financial reports. An improvement could be to state in the guidelines which type of report and where in the report that this information should be disclosed so users can have access to all the information in one go without having to search through many files to find certain information about a company’s intangible assets. 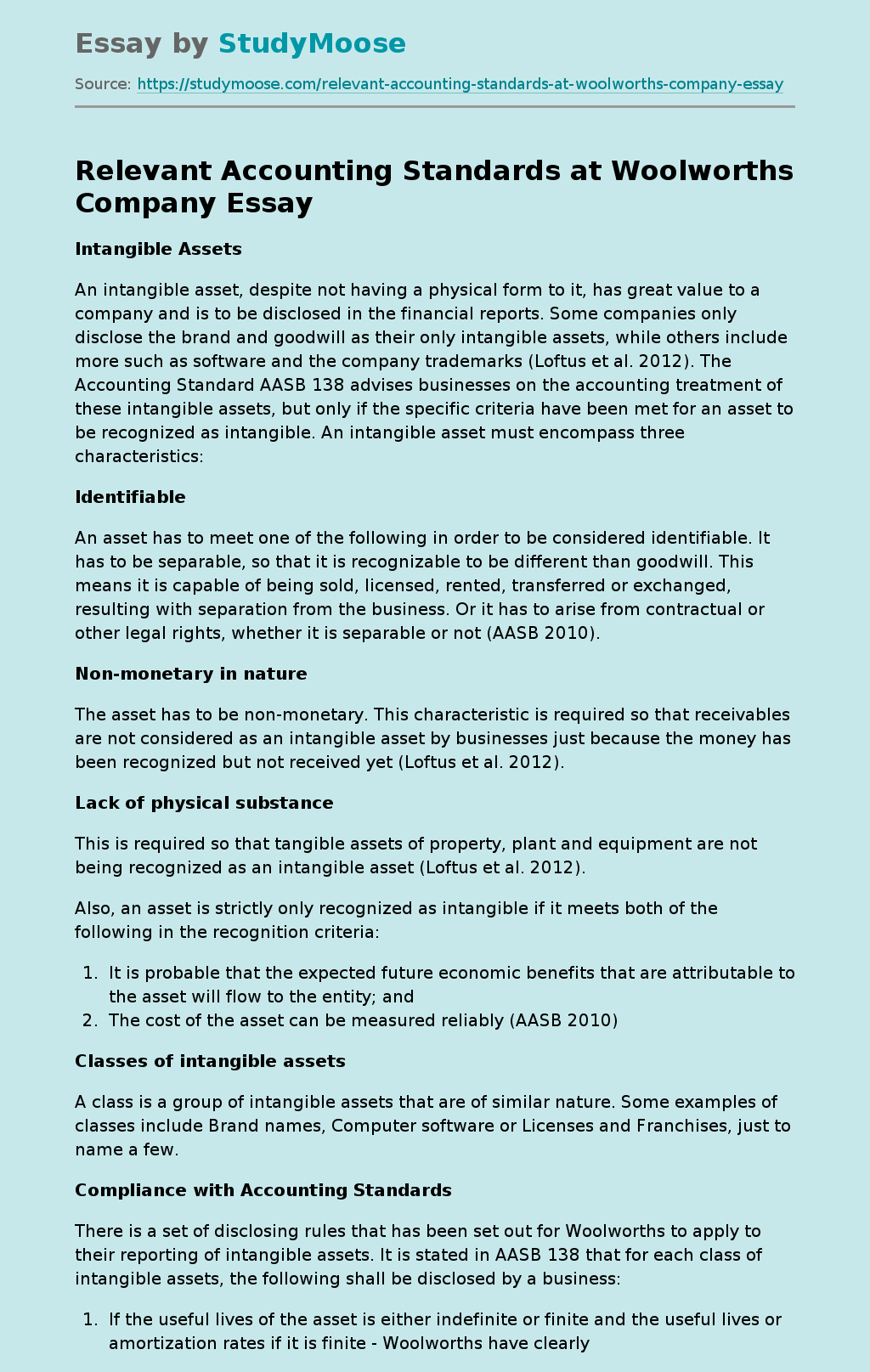