Relationship in a Story The Lamp at Noon

Don't use plagiarized sources. Get your custom essay on
“ Relationship in a Story The Lamp at Noon ”
Get custom paper
NEW! smart matching with writer

Hardship was caused by the storm as well as Ellen’s attempt to move back with her father because she did not want to be a farmer’s life anymore.

This caused an argument between her and Paul, which creates an atmosphere of anger. Sadness was produced when their baby died. The theme of the story is about isolation occurred from lack of understanding: Ellen does not understand Paul’s reasons for remaining in the same place, whereas Paul does not understand why Ellen wants him to move to town and work for her father.

The climax of the story is when Paul walks out of the house and finds his land ripped apart, as well as going back home discovering that Ellen and their baby disappeared from their house.

This point shows a change in a main character. Also, the part of the story when he finds that Ellen and their baby are gone creates suspense towards the audiences. The climax shows different shocking events that are related to the theme: isolation occurred from lack of understanding. The first event in the climax is when Paul, eventually after understanding that Ellen was right, found that Ellen and the baby have disappeared from the house.

The fact that Ellen and the baby disappearing from the house reflect isolation, since women and their babies in that period were meant to stay at home only. The isolation represented in the climax is caused from misunderstanding that occurs before in the story, i. e. when Ellen and Paul quarrel. The second event in the climax is when Paul found Ellen outside with their dead baby. This shows a tragic event occurred from isolation, which is caused from lack of understanding.

Relationship in a Story The Lamp at Noon. (2016, Oct 06). Retrieved from https://studymoose.com/relationship-in-a-story-the-lamp-at-noon-essay 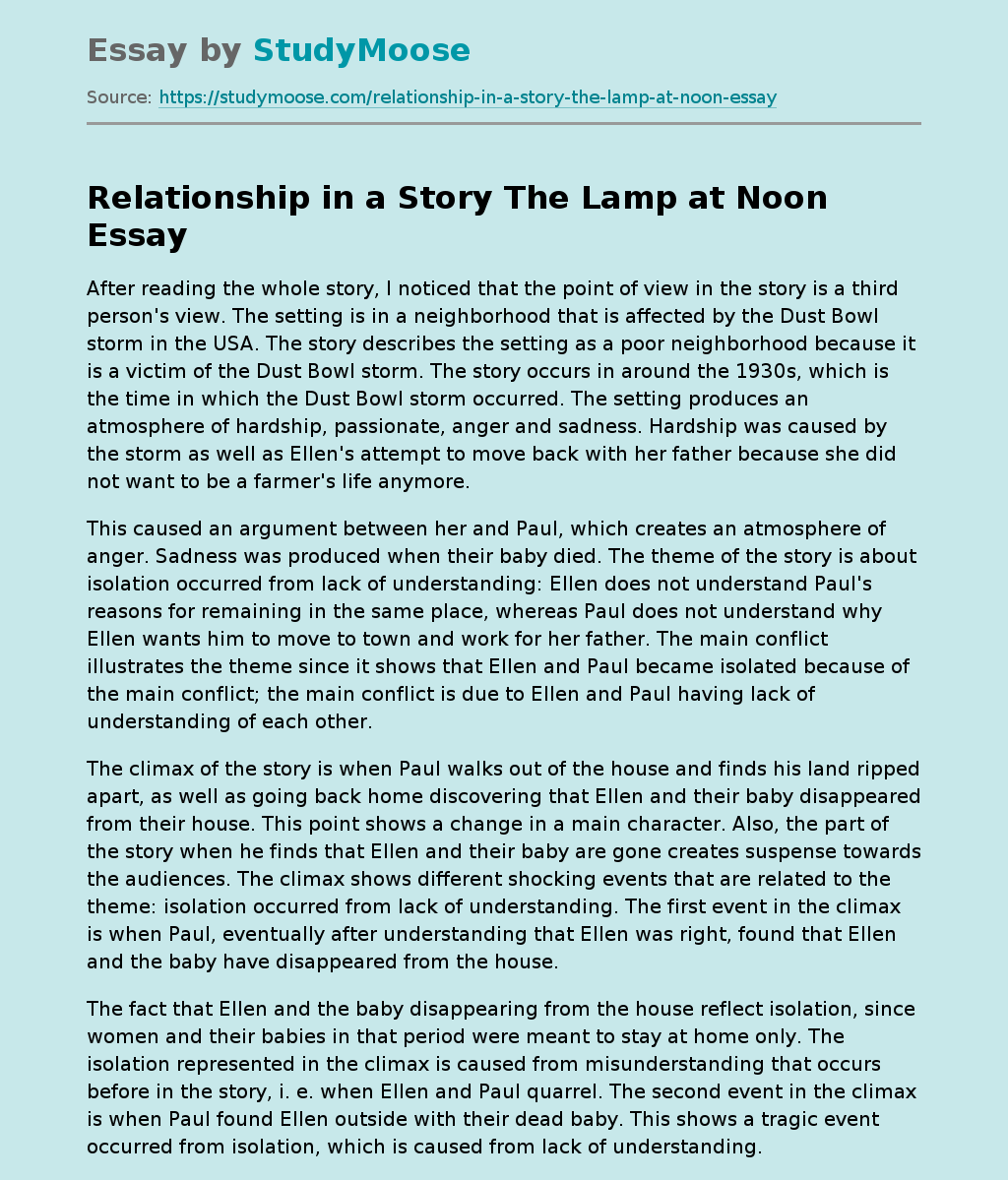