Reflective Statement on the Woman at Point Zero Interactive Oral

Before we took part in the interactive oral, we listened to a radio programme and watched a YouTube clip. The radio programme was an interview with El Saadawi, about why she wrote the novel, what her role as an author was in the novel, and what the novel means to her. We then watched a YouTube clip, which was an interview with El Saadawi, concerning her political ideals, and how she is a feminist role model in her society.

We were then split into groups, and my group had to consider what we had learnt about the role of the writer through the interviews with El Saadawi, whilst considering the genre of creative non-fiction and the effect on the audience.

Don't use plagiarized sources. Get your custom essay on
“ Reflective Statement on the Woman at Point Zero Interactive Oral ”
Get custom paper
NEW! smart matching with writer

We established that El Saadawi is a fierce feminist, but that she is equally as adamant that men and women should be equal, as opposed to living in a patriarchal society where women are the dominant sex.

She is vital in the fight in Egyptian culture against female circumcision, and this is reflected in Firdaus’s character, and her struggle to understand what has happened to her when she is subjected to the clitorectomy. Her work in Egypt, and her novels that have been translated into many languages have reached millions of people, but we know that they are essentially El Saadawi’s way of giving hope and empowering Egyptian women. We also discussed El Saadawi’s views on feminism, as we understood before, El Saadawi is a radical feminist.

This means she classes herself as the most extreme type of feminist, and wants economic, social, political and cultural overhaul; she believes that having equality for women and creating a democracy are the same thing, because you can’t have a democracy with half of society missing. This would mean eventually changing how women are perceived in Egyptian culture, which is very relevant to Firdaus’s life. She is most powerful when she is a prostitute, and this is only because there is a demand – therefore she is empowered because of the men that want her. This is true to Egyptian culture, and this is what El Saadawi wants to change. 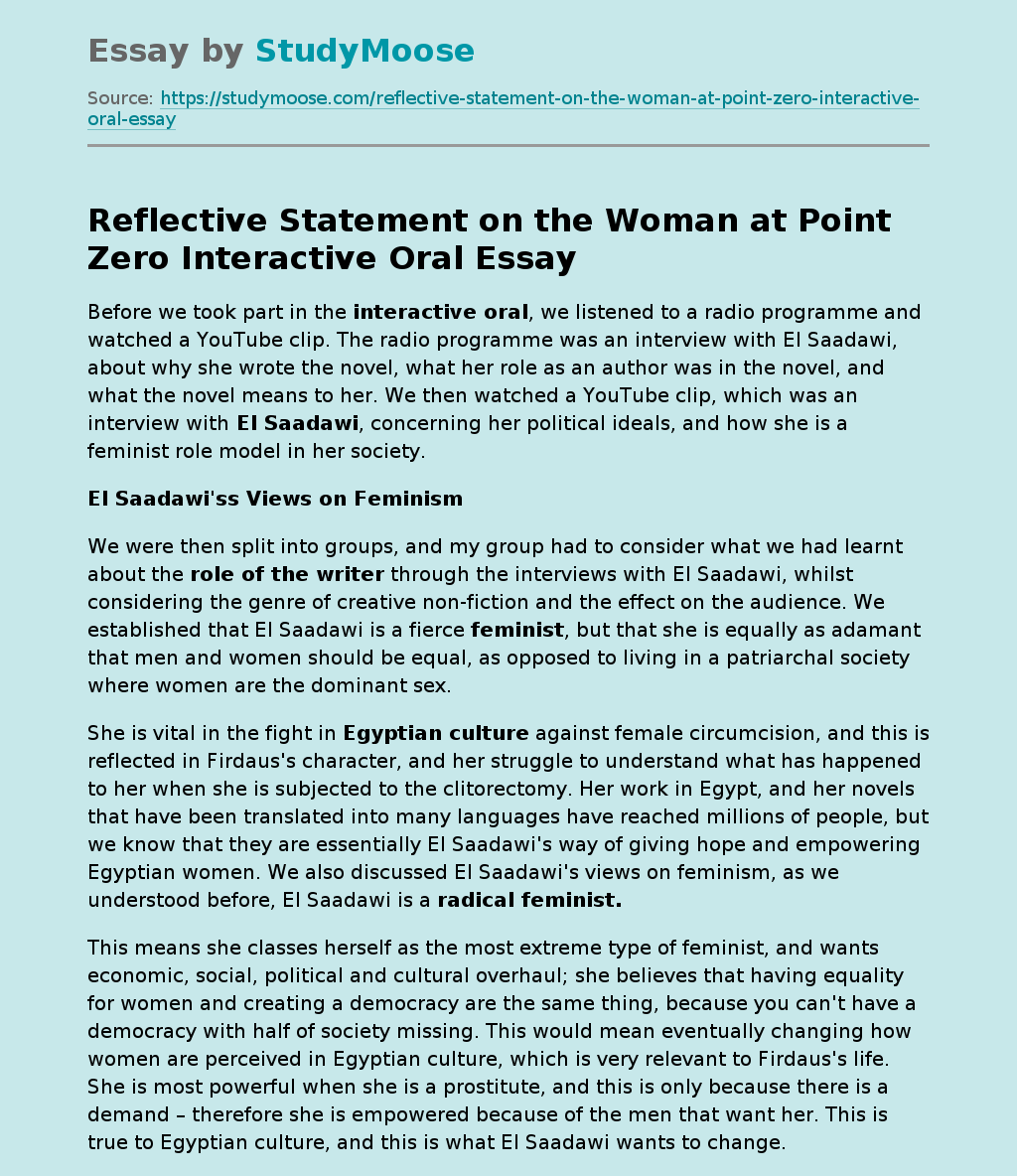