Tenochtitlan was the most organized and really cleaned city. This great city Tenochtitlan is built on the salt lake, and no matter by what road you traveled there are two leagues from the main body of the city to the mainland. Which was always expanding to the north or to the south which this lead them to the mainland where the main markets and other places can be found. There were three main streets leading to three causeways. Also, each district had channels and bridges.

Don't use plagiarized sources. Get your custom essay on
“ Reflective Journal on Different Themes ”
Get custom paper
NEW! smart matching with writer

The main streets have openings in places so the water can pass from one canal to another. One of the things I found out was that the main market was not in Tenochtitlan it was located in one of Tenochtitlan sister’s city, Tlatelolco. 300,000 people lived in Tenochtitlan where they were responsible to pay taxes, punishment and market trading. Tenochtitlan was the capital of the Mexican civilization of the Mexica people found in the year 1325.

When I hear the word Tenochtitlan it reminds me of my hometown. It has a similar way of pronouncing my hometown name Nochistlan. I am really curious if my hometown has something to do with Tenochtitlan. My mother told me that Nochistlan Zacatecas was found by Caxcanes. I been wondering where they come from and who they are. This city Tenochtitlan was built on an island in what was then Lake Texcoco. As family life men had higher class than women. Only married women could own property and sell goods.

Including both men and women had to take care of their children.

The Mesoamerican diet consisted of Corn, Squash, and Beans. These are referred to the three sisters in the Aztec Agriculture. The growing of crops was important to all people in society. As young people grew in the society, they could learn agriculture as a trade, which meant the methods were passed to future generations. Growing these three crops together helps retain nutrients in the soil. In my house, we eat a lot of these vegetables. They would sale the corn, squash, and beans at the swap meets. My family and I sometimes go to Paramount swap meet to buy these kinds of vegetables to provide at our home. The Aztec society had a strong economy that was driven by trade, so having crops to trade meant the people would be sure to have other products they needed. The Aztec economy rested on the agricultural basis of the Mexicans people the farming of squash, beans, corn. In my house, we cook beans in many different ways like frijoles rancheros which they are fried in oil and they have some chile in it and they taste pretty good. Another way we cook they cook them are smashing the beans with a little bit of oil and eating it with the tortilla. Corn is a really delicious vegetable where we use it in our Caldo de res or in our chicken salad. Squash we don’t really use it so I don’t know the texture. It’s pretty interesting how they plant the three sisters. Another thing that helped the Aztecs when they found out about the chocolate. Cocoa quickly became the force of the Aztec economy. I learned that the beans inside the cocoa pods could be harvested and made into a liquid that would become a treasured to Mayan treat. Cocoa was often consumed in religious ceremonies and marriage celebrations. Since the Aztecs could not grow their own cocoa, they had to trade to get the beans. Cocoa beans were very valuable. The Aztecs used them as money and were very protective of their beans. Aztecs were concerned that money really did grow on trees.

In a everyday life, individuals function with a calendar. Calendars help organize daily events. Today the Gregorian calendar is the modern and common used now in our society. My little cousin’s name is Diego and they named him like that because he was born on December 12 on the day of the Virgin Guadalupe. My aunt looked at the calendar and decided to name him after seeing what name it had that date. In 7 days God created the week, and the Gregorian calendar has 7 days a week. The Gregorian calendar was constructed to give a close approximation of a tropical year, which is the actual length of time it takes for the earth to complete one orbit around the sun. The Gregorian calendar is a solar calendar, consisting of 365 days. It excludes three leap days every 400 years, where eras in the Julian calendar a leap year occurs every four years. It’s pretty interesting how the calendar fits perfectly into a whole orbit around the sun, how it has a perfect timing. This was all brought up to adjust the date of Easter. The Catholic people were the first ones to adopt this reform. I learned that the difference between the year calculated in the Gregorian calendar and a solar year is around 26 seconds a year. There are still some that have not adopted the Gregorian Calendar which I wonder why they haven’t adopted. I am still confused with all these changes they did to the calendar.

New Spain developed highly regional division. The Central areas of Southern Mexico had a lot of indigenous populations and mineral sources. After the conquest, Spain began to move up north in search of wealth and souls to safety. Another thing I found out was that Spain directed Don Juan de Onate to lead an expedition into the lands of the north. Spanish attempted to conquer New Mexico but they were frustrated by the resistance of the indigenous tribes. The colonist couldn’t secure sufficient food supplies. So this lead for ones wanting to go back to Santa Barbara, but the missionaries insisted on staying. Another thing I found out by my mother was that missionaries taught to read and write and attempted to convert them to Christianity. This reminds me of when I was in a Catholic private school and my teachers taught me how to write and read and at the same time they were teaching me about religion. It took twenty years for Spain to regain control of New Mexico, that’s a pretty long time. So, later on, some Spaniards made their way north to claim land or start a new life. Racial mixing was going on in a frontier life and isolation region transformed Hispanics culture in New Mexico. Another interesting thing I found out is that in the year 1811 the government past this Law of Cadiz that stated that all Indians, Mestizos, Criollos, and Peninsulares were equal under the law. This reminds me of Martin Luther King Jr he said one day we would be free with equal rights.

There are different varieties of the Spanish language. Spanish was brought to Mexico in the 16 century. The Aztec also Mexica was the home Nahuatl. The study of languages is called linguistics. Nahuatl is the most important language for Aztecs. When I hear Nahuatl it reminds me of this song we play in my mariachi group when we go play at the wedding mass. The name of the song that is in Nahuatl is called Ave Maria. I find Nahuatl a difficult language to speak. I tried to learn how to speak this language but I find it difficult. I work in a swap meet as well and there are ladies that go and buy me stuff and while they are buying me stuff they start speaking Nahuatl and it’s pretty interesting how they speak. They are many ways of speaking Spanish like the Africans they drop the d and the s. It’s pretty interesting because I sometimes do the same thing. For example, I sometimes say Cuidao and its Cuidado or helado and I say helao. That means I might have some African language. Spanish authorities tried to persuade the native peoples of Mexico to learn spanish after they had converted them to Christianity and destroyed their temples. Many spanish catholic priests decided to decide to learn Nahuatl to understand the customs of local populations they had. Speakers of languages such as Nahuatl began to gain power by 1000 AD and it is likely that Nahuatl speakers were dominant. One of my teachers I had, when they were teaching how to speak Nahuatl, told me that the last Nahuatl speaking groups that came to the area were the Mexica. Which they became the powerful force in the finding of the Aztec empire. So this leads the empire to grow and influence Nahuatl. Nahuatl language was a language of trade and also of prestige and it was used a lot in literature. This is true because nowadays everyone wants to know the history of this language and also learn how to speak it and have a little of its background.

Casta painting was a term described as a mixed race individual in Spanish America. Another thing I learned was that Casting paintings are that they used labels and visual details such as different such as different skin tones, dress and etc. One of the persons who found this art academy in Spain was Francisco Clapera. I’m really interested in going to the art museum we have here in Los Angeles and see some of the cast paintings in real life. That will be a really nice experience being able to learn more about them. These generally appear in groups of sixteen portraits. I would like to know what race I am. My mother’s family are really light skin with color eyes and they look white and dad’s side are dark. I have a feeling my dad has some of the black family in his past. This complex caste system was used for social control and also determined a person’s importance in society. General racial groupings had their own privileges and restrictions. Why would blacks be slaves? Why couldn’t another type of racial people? Basically, there’s always been slaves and racism. The only difference now is that we are freer and we could share things. I am really shocked by all these things I’m learning in this class. Now I see that I’m not only mexican but I have some other racial. Which gets me upset because now I’m actually learning and knowing the actual truth of my family and where I come from. 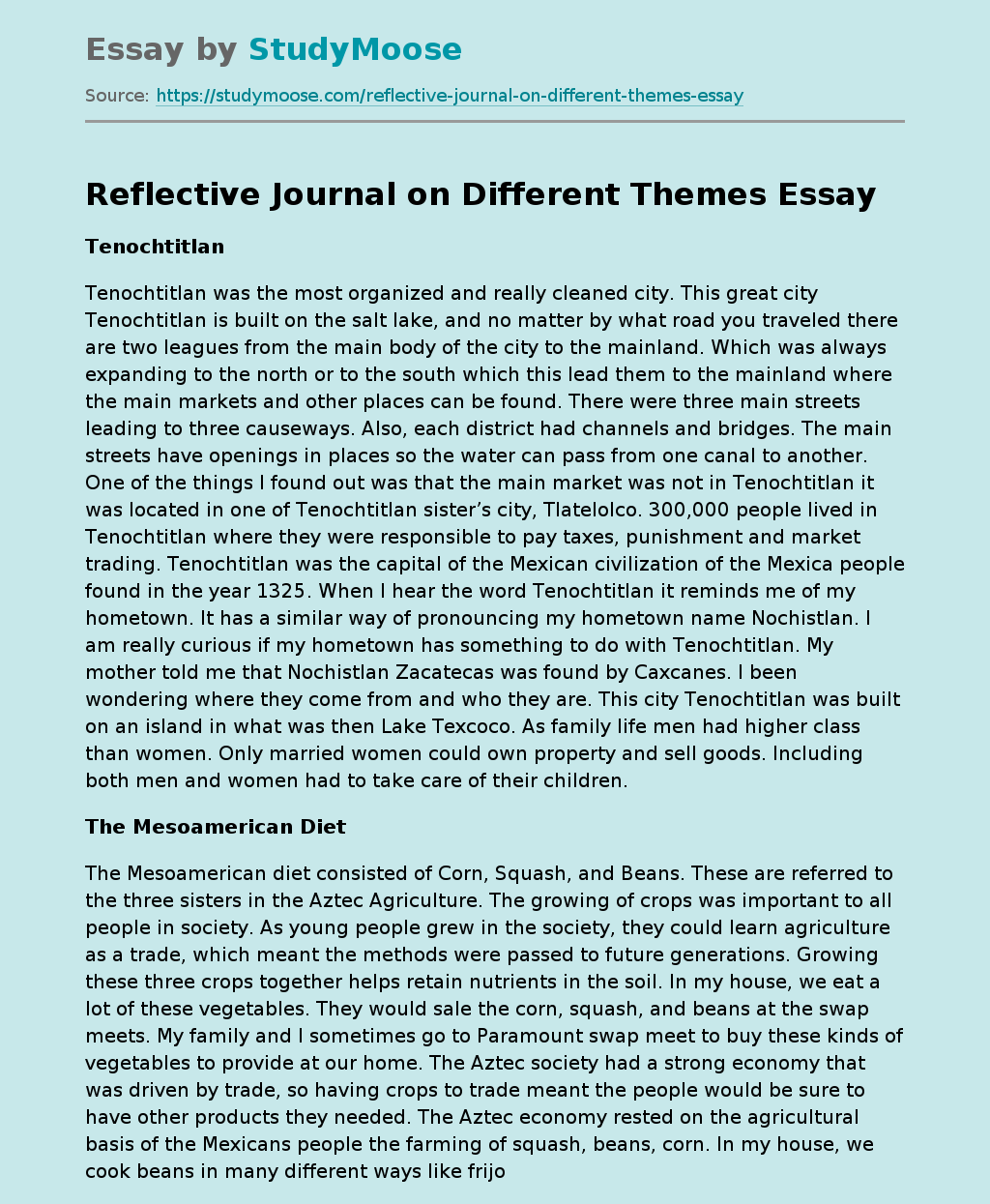