Anne Frank was a young Jewish girl who was a victim of WW2. The Germans took the freedom away from the Jewish because of what they believed in. The Jewish couldn’t do anything fun such as theaters, cinemas, and other stuff such as entertainment. I’m going to be answering a few questions about the Holocaust. The Holocaust was the ideological and systematic state-sponsored prosecution and mass murderer of millions of European Jews by the German Nazi.

How was it possible? One way is there was no government back then, so governments were fighting to see who would rule over.

Don't use plagiarized sources. Get your custom essay on
“ Reason To Read Anne Frank`s Diary ”
Get custom paper
NEW! smart matching with writer

Where did it take place? The Germans moved the Jews to the Ghetto area. The Jews were supposed to be in their homes by 8’ o clock. If not, the Germans would have killed the Jews who were out after 8’ o clock. The Jews could only do their shopping from 3 to 5’ o clock. If the Jews made any type of noise The Germans will kill them. It’s awful to think that they are killing people for what they believe in. I mean we are still people. “If we bear all this suffering and if there are still Jews left, when it is over, then Jews, instead of being doomed, will be held up as an example.

How can we prevent this from happening again? We need to learn from it. We can treat others the way we want to be treated. To not be a bystander and stand up for what is right. To get to know others and not just by their appearance or belief. We should care for others because we all should feel loved and have someone to be by our side. To have trust in God he can help us through any situation in our lives.

The point of this essay is that life is too short, and we should not spend it fighting, killing and arguing. We should come together and love one another. Anne Frank was suffering so much from the Holocaust, but she kept smiling and was joyful. If she hadn’t wrote this Diary, nothing would probably be fixed. Treat others the way you want to be treated and believe in God with all your heart. 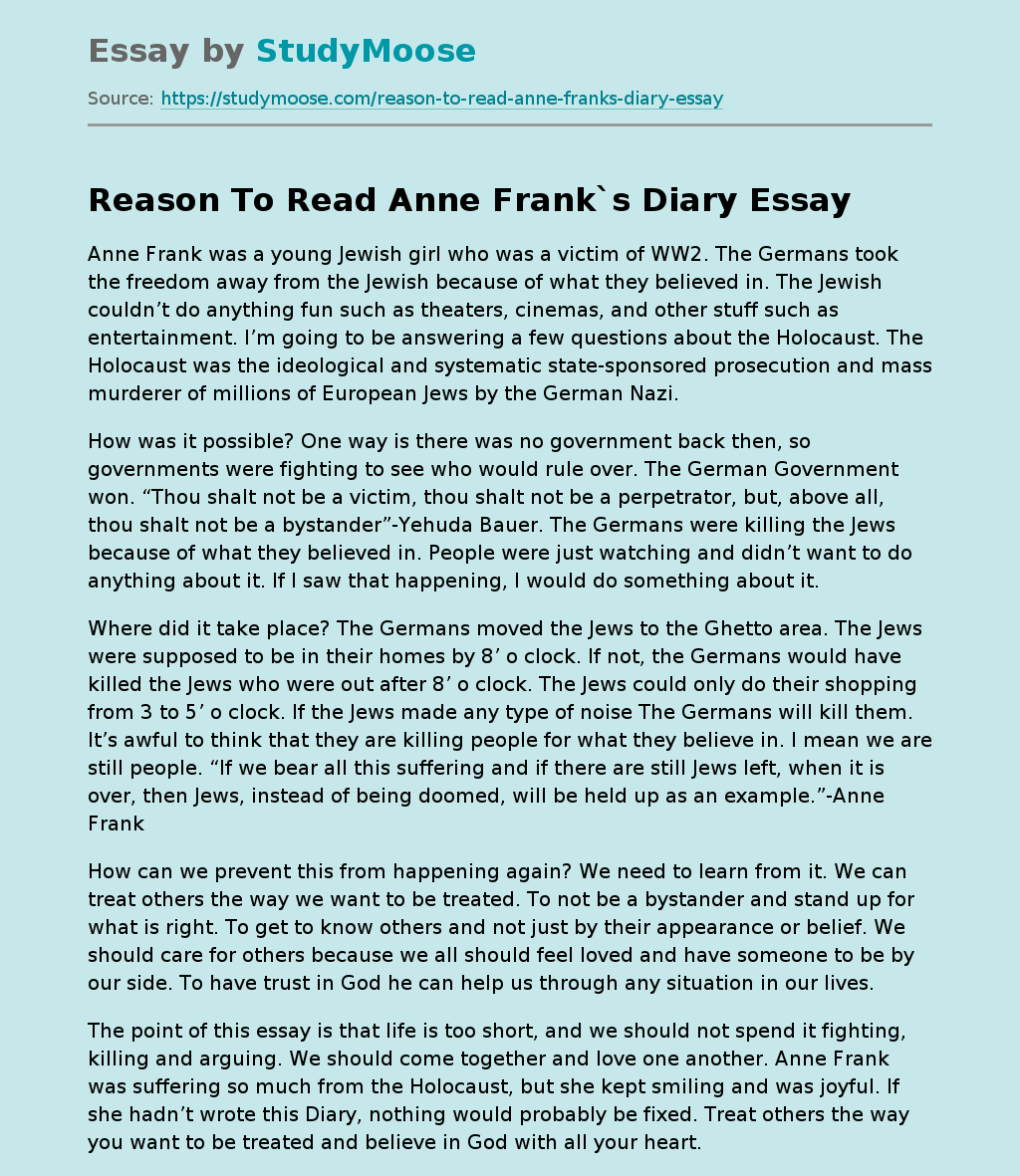