Reading Journals term 2 Animal farm. – A brief overview of plot and characters. As the title. Suggests animal farm is the story of the lives of animals who live on a farm. There are animals ranging from pigs, dogs, horses, cows, chickens, and sheep. Each animal has their own function on the farm, for example, the pigs are the intellectuals of the group and the horses manage the hard labor exercises. One night on the farm a very old, and wise pig old major, the leader of the farm, spends one night telling the animals that enough is enough, that the lives of animals are terrible, that humans are to blame and that they need to take a stand.

Don't use plagiarized sources. Get your custom essay on
“ Reading Journals term 2 Animal farm A brief overview of plot and ”
Get custom paper
NEW! smart matching with writer

In the next few nights old major passes away and the new rebellion begins to form. The next leader of the farm falls upon two smaller pigs, snowball and napoleon, who are the idealists of the farm. They keep trying to move the rebellion forward, to take over the farm and vanquish their dictator Mr.

Jones. After some time the rebellion is a success and the animals now have full rein over the farm. And for a while everyone lives in harmony and is happy but then the cracks begin to show. From the beginning, all the animals on the farm had hated and renounced Jones and all of mankind. But when the pigs take over control of the farm slowly but surely they fall folly to the same temptations and problems that faced man and made them so selfish and self-centred. 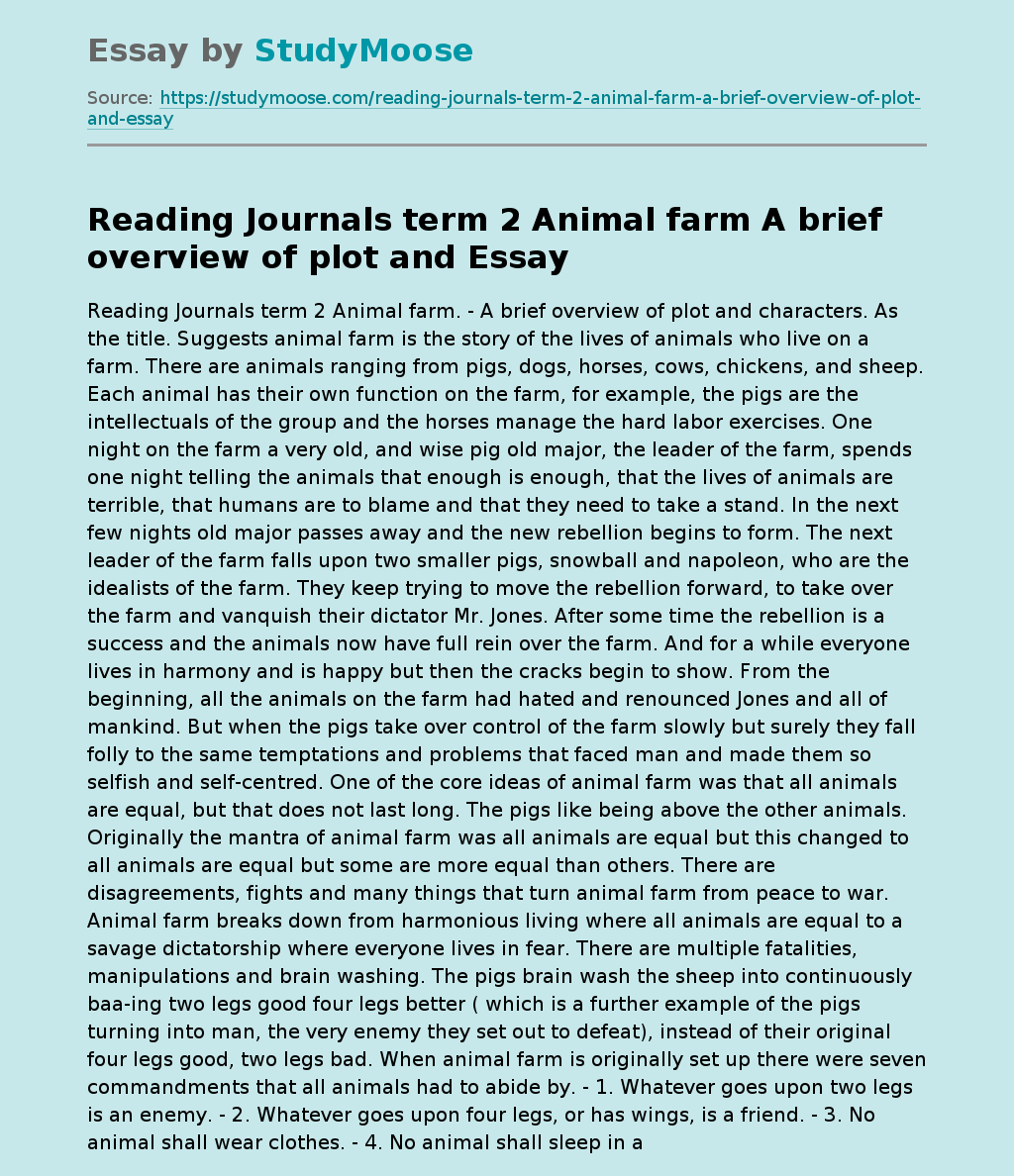