As we shall soon learn, this argument is valid but unsound.

I begin my analysis by providing a dictionary and putting the argument in standard logical form.

Don't use plagiarized sources. Get your custom essay on
“ Sample Paper for Propositional Arguments ”
Get custom paper
NEW! smart matching with writer

This argument is valid. My proof for validity can be found in my appendix at the end of the paper.

[And no, I am not going to provide an appendix for a sample paper].

This argument is a syllogism yet it still has an invalid form.

[No, you don’t have to prove the form is invalid; but you better be correct]

In this truth table, we see that our premise are consistent. There is an interpretation where all three are true. But in this interpretation, the conclusion is false. So, the argument is actually invalid. ( This is a relatively abstract truth table. You could also use a concrete example such as this: AvB

This argument has consistent premises but it is invalid. You will want to present both the argument and a truth table. Don’t make the reader guess what are the premises and conclusion from the table itself. Present the argument)

The third premise is V→C. This states that if an argument is valid, then it has a true conclusion. This is false. A valid argument can have a false conclusion. All dogs are cats

Some mice are dogs
Some mice are cats
As we can see from this example, a valid argument can have a false conclusion but only it if also has false premises. 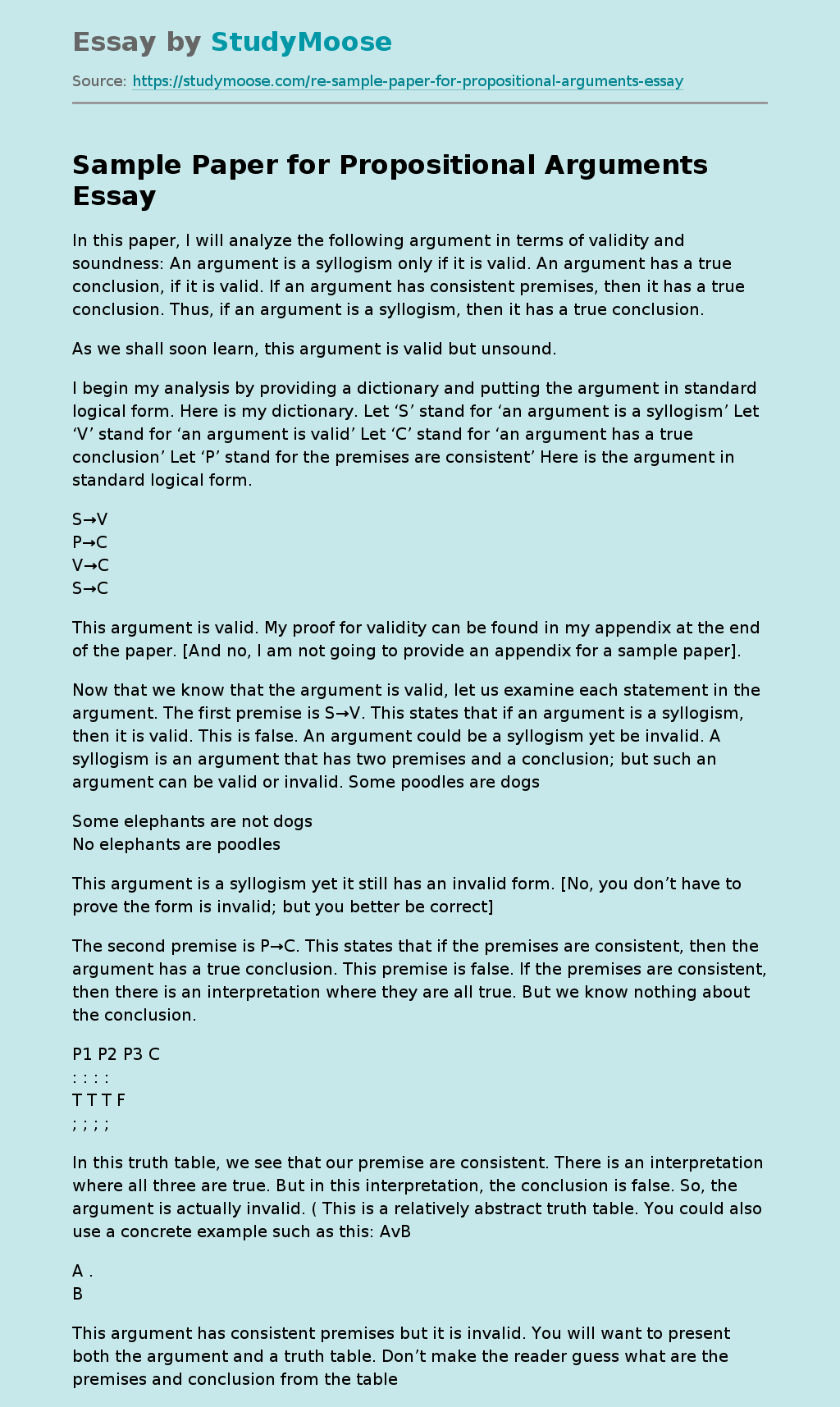