In today’s society we have the privilege of doing as much as we can in order to succeed in life or provide for one self. Hedda Gabler sadly did not have this privilege and neither did any other women throughout the 1800s. The roles for gender, both man and women were set in stone. The man was meant to provide stability and the woman to provide children and preform other household chores. All of Hedda’s life the most she could hope for was to marry into wealth or high stature.

Don't use plagiarized sources. Get your custom essay on
“ Hedda Gabler ”
Get custom paper
NEW! smart matching with writer

She wasn’t able to work or make money for herself without being frowned upon. Yet, Hedda seemed to push as many boundaries as possible and go against everything for her to have a shining moment and try to make her life memorable.

This aspect I find extremely significant considering how different life for women and men is in current society. He portrayed every character in a way that each one had some way of going against the world they knew and this scandalous assortment of characters made for an enticing perspective on the role of men and women in the late 1800s.

The whole point I feel Ibsen wanted to make was that everyone should analyze themselves accordingly because his view on the society made it clear that he disagreed with what was going on at the time. Practically every critic in the play considered Hedda to be a monstrous creature, yet I doubt that anyone wanted to look past the play and really, what if? What if this way of living is unfair? What if it were different?

This outrageous play was put in place to cause a widespread eye opening to all that were willing to watch it.

Ibsen tore every piece of society he had a problem with into pieces and carefully morphed them into something that could inspire an entire generation of people to change there ways. There was Hedda with her masculinity and shocking personality that made women uncomfortable in their seats; her character made them overthink about how women act, how they should act, and what is or should be acceptable. Teasmen made the men feel as if he was a complete fool to swoon and beg in order to gain Hedda’s approval.

Thea may have seemed to act lady like and her type of personality was what was usually accepted of a women but I feel she did have her weaknesses yet at the same time she had a sneaky way of being manipulative in trying to get out of her situation as well. She was similar to Hedda in that sense, the only difference is that Hedda would always love to be the center of attention which made her more acknowledged. Henrik Ibsen attention to social issues in my opinion brought out all the good, the bad, and the ugly of that times society. He had much attention to detail and an advanced way of thinking which effectively brings all the problems of society into light. 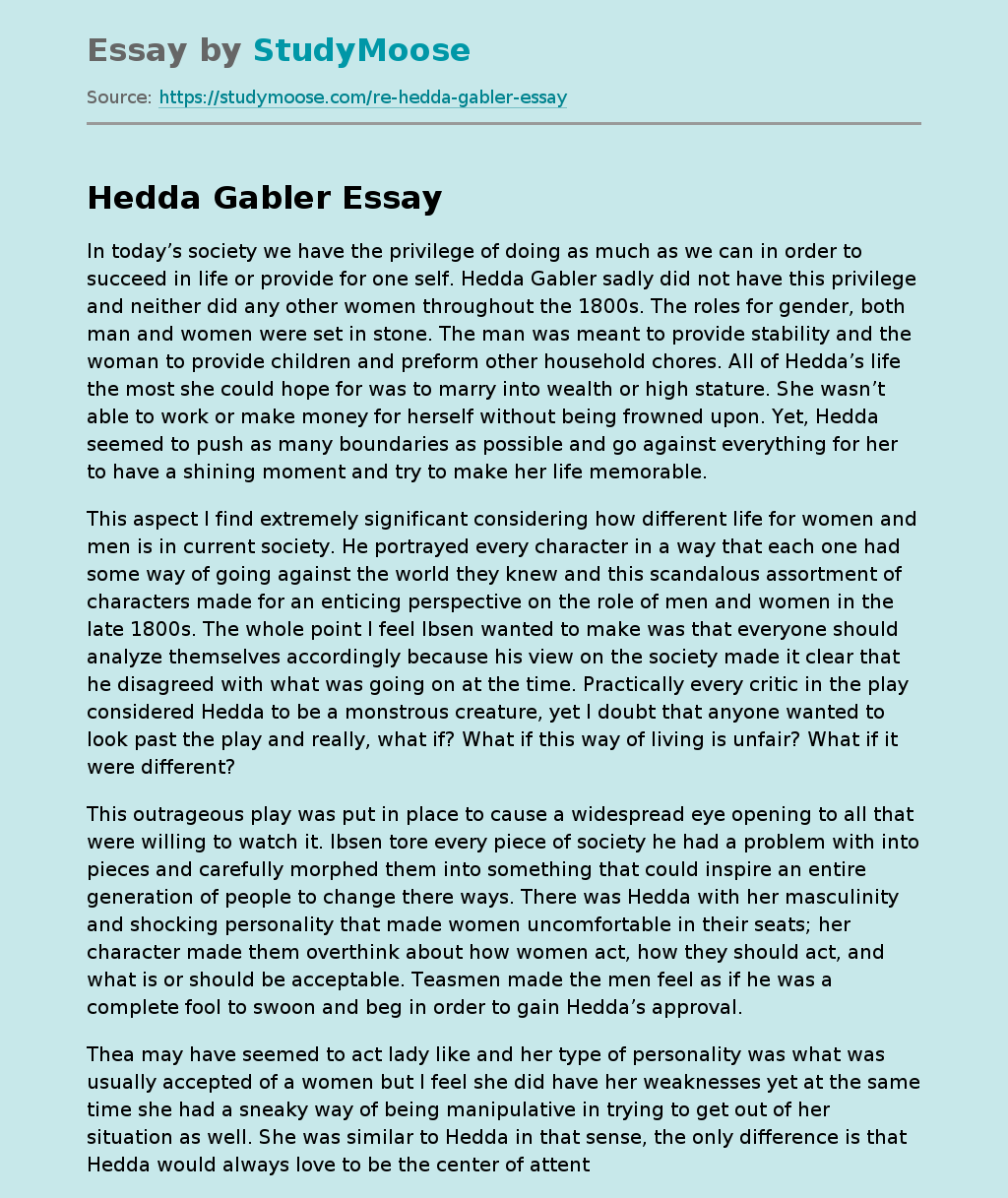