The following question requires you to write a coherent essay incorporating your interpretation of the documents and your knowledge of the period specified in the question. To earn a high score you are required to cite key pieces of evidence from the documents and draw on your knowledge of the period. It is often claimed that the major American wars of the last 150 years have resulted in the most important social and political gains of minorities and women. Evaluate this statement with regard to the experience of minorities and women during World War II.

Don't use plagiarized sources. Get your custom essay on
“ DBQ- minorities in world war II ”
Get custom paper
NEW! smart matching with writer

Use evidence from the documents and your knowledge of the period from 1941 to 1945 to compose your answer.

“I was deeply impressed with the high morale and attitudes of the colored officers and soldiers stationed in the states visited in the past two months.

They were so different from those of the colored officers and soldiers located in the Southern states. While there has been an improvement in general conditions, there is still great dissatisfaction and discouragement on the part of the colored people and the soldiers. They feel that, regardless of how much they strive to meet War Department requirements, there is no change in the attitude of the War Department. The colored officers and soldiers feel that they are denied the protection and rewards that ordinarily result from good behavior and proper performance of duty….

. The Press news items and reports of investigations show that there has been little change in the attitudes of civilian communities in Southern states. The colored man in uniform receives nothing but hostility from community officials…. The colored man in uniform is expected by the War Department to develop a high morale in a community that offers him nothing but humiliation and mistreatment. Military training does not develop a spirit of cheerful acceptance of Jim-Crow laws and customs. The War Department has failed to secure to the colored soldier protection against violence on the part of civilian police and to secure justice in the courts in communities near-by to Southern stations. In the areas recently inspected, the colored soldier feels that he can secure justice in the civil courts. He has not been set upon by the civilian police. He has not been denied the privilege of occupying empty seats in public buses, street cars, etc. taxicabs to serve him. This is not so in Southern communities….”

“Whereas the successful prosecution of the war requires every possible protection against espionage and against sabotage to national-defense material, national-defense premises, and national defense utilities.

I hereby authorize and direct the Secretary of War, and the Military Commanders whom he may from time to time designate, whenever he or any designated commander deems such action necessary or desirable, to prescribe military areas in such places and of such extent as he or the appropriate Military Commander may determine, from which any or all persons may be excluded, and with respect to which, the right of any person to enter, remain in, or leave shall be subject to whatever restrictions the Secretary of War or the appropriate Military Commander may impose in his discretion….”

“This exclusion of `all persons of Japanese ancestry, both alien and non-alien,’ from the Pacific Coast area on a plea of military necessity in the absence of martial law ought not to be approved. Such exclusion goes over `the very brink of constitutional power’ and falls into the ugly abyss of racism.

Individuals must not be left impoverished of their constitutional rights on a plea of military necessity that has neither substance nor support.

Being an obvious racial discrimination, the order deprives all those within its scope of the equal protection of the laws as guaranteed by the Fifth Amendment. It further deprives these individuals of their constitutional rights to live and work where they will, to establish a home where they choose and to move about freely. In excommunicating them without benefit of hearings, this order also deprives them of all their constitutional rights to procedural due process. Yet no reasonable relation to an `immediate, imminent, and impending’ public danger is evident to support this racial restriction which is one of the most sweeping and complete deprivations of constitutional rights in the history of this nation in the absence of martial law…”

“I know the Hawaiian Islands. I know the Pacific coast where these Japanese reside. Even though they may be the third or fourth generation of Japanese, we cannot trust them. I know that those areas are teeming with Japanese spies and fifth columnists. Once a Jap always a Jap.You cannot change him. You cannot make a silk purse out of a sow’s ear….

Do not forget that once a Japanese always a Japanese. I say it is of vital importance that we getrid of every Japanese whether in Hawaii or on the mainland. They violate every sacred promise, every canon of honor and decency. This was evidenced in their diplomacy and in their bombing of Hawaii. These Japs who had been there for generations were making signs, if you please, guiding the Japanese planes to the objects of their inequity in order that they might destroy our naval vessels, murder our soldiers and sailors, and blow to pieces the helpless women and children of Hawaii. Damn them! Let us get rid of them now!”

“In order to keep stepping up our production, we have had to add millions of workers to the total labor force of the Nation. And as new factories come into operation, we must find additional millions of workers. This presents a formidable problem in the mobilization of manpower. It is not that we do not have enough people in this country to do the job. The problem is to have the right numbers of people in the right place at the right time….

In some communities, employers dislike to employ women. In others they are reluctant to hire Negroes. In still others, older men are not wanted. We can no longer afford to indulge such prejudices or practices.”

“Women are welders [sic] discuss the production of motor mounts and welded parts in a welding booth at the Inglewood, Calif., plant of North American Aviation, Inc.” 1942. National Archives and Records Administration.

“WHEREAS it is the policy of the United States to encourage full participation in the national defense program by all citizens of the United States, regardless of race, creed, color, or national origin, in the firm belief that the democratic way of life within the Nation can be defended successfully only with the help and support of all groups within its borders;

WHEREAS there is evidence that available and needed workers have been barred from employment in industries engaged in defense production solely because of considerations of race, creed, color, or national origin, to the detriment of workers’ morale and of national unity;

NOW, THEREFORE, by virtue of the authority vested in me by the Constitution and the statutes, and as a prerequisite to the successful conduct of our national defense production effort, I do hereby reaffirm the policy of the United States that there shall be no discrimination in the employment of workers in defense industries or government because of race, creed, color, or national origin, and I do hereby declare that it is the duty of employers and of labor organizations, in furtherance of said policy and of this order, to provide for the full and equitable participation of all workers in defense industries, without discrimination because of race, creed, color, or national origin; … 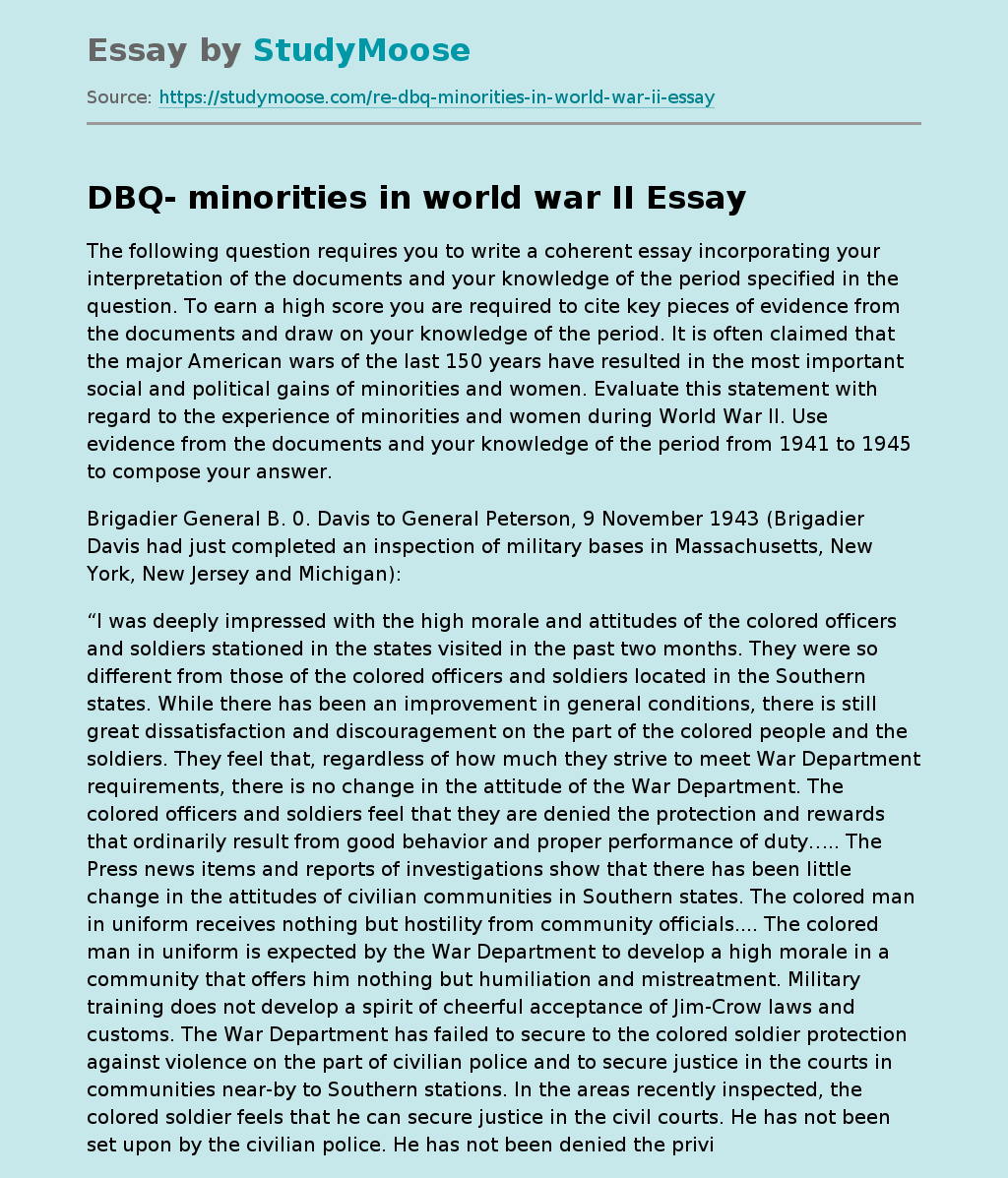