Bitcoin is a technology that uses digital currency. It does not involve intervention of the banks. It is used in online transactions. It is referred to as peer-to-peer money transfer because there is no third party involved. An individual can pay or be paid for goods and services offered directly without involving middle-men; in this case, banks. The technology was created in 2009 by Satoshi Nakamoto (Reid, et al., 2011, p.45). Transactions using Bitcoins does not have any fees. They do not require real names of the participants.

Don't use plagiarized sources. Get your custom essay on
“ BitcoinOn bitcoin and red balloons. Bitcoins ”
Get custom paper
NEW! smart matching with writer

All they need is the address. More and more business people are accepting to use Bitcoins. One can get a manicure or order a meal and pay using bitcoins. Besides buying and selling enhancement, some people buy or mine Bitcoins and save them as a form of investment. That is because they have a value that can be compared to the physical currency. They can be converted to physical money. Those who save bitcoins as investment hope that their value will keep rising.

They are highly optimistic. Bitcoins are becoming popular because they are easy to use, they are fast to transfer and they are secure. Small businesses are adopting them at a high rate. Transactions can be done using computers or even mobile phones as long as they can have the required software.

There are vocabularies applicable in Bitcoin business. Mining is a terminology used to refer to the process in which individuals compete to solve complex math puzzles using computers (Babaioff et al.

, 2012, p. 33). Winners are awarded Bitcoins that are sent to their accounts. A pool is a group of individuals that combine their computing power to solve math puzzles as a team. Miners are encouraged to join each other and form pools because it becomes easier to solve some complex algorithms as a team than as an individual. Chances of getting awards in a team are high than when alone. Awarded Bitcoins are distributed to the members of the team based on their individual contribution towards solving the puzzle. A Bitcoin wallet refers to the address than a person uses to receive Bitcoins. One can to know how much he or she has in the account using the address. They function as virtue bank accounts. They have been used to pay for goods or service. In addition, they can be used to save the Bitcoins. These Bitcoin wallets can be in the cloud, which means they are being managed by another person, or be in one’s computer, which means one has control over it. Moreover, transactions in the Bitcoin business are carried out against the backdrop of anonymity. Users use their wallet identification to send or receive Bitcoins. They do not use their real names. Whenever a transaction is conducted, it is recorded in a block chain, which is a transaction database. It is public, meaning that it is shared by all the nodes participating in the Bitcoin protocol. It is a form of cryptocurrency that is based on cryptography. Cryptography is similar to encryption of computer data. In cryptography, computer data is converted into a form that can only be deciphered by the receiving computer using a certain code (Rangasamy, et al., 2011, p. 24). For this reason, Bitcoin is very secure because data sent cannot be intercepted on the way.

For one to mine bitcoins, his or her computer must have advanced operating systems such as Ubuntu, Linux or Mac. One is required to download the Bitcoin client suitable for the operating system that the computer has. Once the Bitcoin client is installed, it downloads the block-chain. Once the client is ready for use, click on “New” to get a Wallet address for the Bitcoin wallet. It is important to keep a hardcopy of this address so that in case the computer crashes, one can recover the bitcoins using the address from another client. That can be done by printing a copy of wallet.dat file. Once one has the Bitcoin wallet, he or she is required to join a pool. A pool is a group of persons that combine their computing powers to solve algorithms upon which Bitcoins are awarded. A person cannot do it alone because Bitcoins are awarded in blocks. Bitcoins are then spread to the members of the pool based on the individual contribution. An individual is allowed to open as many accounts as he or she can operate. Each of the accounts must have a “worker” in the form of address. Each account is referred to as a miner. Therefore, it requires a worker. While most programs that are used to create accounts are complicated, GUI-Miner is a new program that can be easily used by beginners.

Use of Bitcoin has advantages. For instance, it is easy to carry out transactions. When both individuals have Bitcoin wallets, they exchange the addresses. When one has to pay for goods or services using bitcoins, he or she simply sends bitcoins from his or her account to the recipient account. It is a cheap transaction because there is no fee involved. In addition, there is no third party involved. Therefore, there is no interference when the transaction involves two persons directly. The transactions are fast compared to other forms of payment. The buyer sends the exact amount of bitcoins to the seller. There is no need of change unlike in transactions involving hand cash. That is because bitcoins can be subdivided into a millionth fraction. In addition, Bitcoin is not subject to taxation at present. It has not been recognized by the governments as a viable source of revenue. Consequently, it does not incur any operational costs. No single person who can say that he or she controls the Bitcoin business. Therefore, it is free from fraudsters who may be out to take advantage of the investors. It has a potential market value that makes it sustainable. It has good future prospects and is unlikely to collapse, unless its market value rate declines to very low levels (Reid, et al., 2011, p.45).

On the other hand, Bitcoin has numerous cons. Since it is free from any government regulation, it appears as a risky venture. The accounts are not insured. If a person loses his or her address, he or she loses everything in the account. There is no one available to lay claims on. Worse still, accounts can be hacked. Other potential threats to the account are computer viruses. These can destroy computer files including the account files. In addition, one can accidentally delete such files. Either way, the account is lost together with all that it contains. Anonymity is also a disadvantage with respect to Bitcoin industry. Fraudsters use it to buy illegal drugs and carry out other illegal activities such as buying firearms. These individual cannot be caught because it is hard to identify them. In addition, one cannot trace back a bad product to the seller because he or she is anonymous. On the side of government, Bitcoin is not taxable. Therefore, no government can obtain revenue from transactions using bitcoins. Moreover, the value of bitcoins cannot be predicted. For those people who save bitcoins hoping to sell them later at a higher price, the opposite may happen such that they sell them at low prices. The market value keeps on fluctuating and this can have a huge impact on the investors. Finally, the industry is at risk of being banned by governments in different places if it is used to carry out illegal businesses. For example, if the government realizes that Bitcoin is a channel for trading in illegal drugs, it becomes criminalized.

The recommendation for the company is that there should be no hurry in adopting Bitcoin. That is because it is still young and has not acquired a wide recognition that would be appropriate for the success if the company. The risks are huge. They can affect the business negatively. For instance, the market value of bitcoins is not constant. It can go so low when the company has accumulated huge amounts of bitcoins in the account. If that happens, the company runs into losses. To counter such problems, the company should wait for the market value of the bitcoins to stabilise. That can happen if many people adopt it and it becomes recognised. The second big problem is that because of anonymity, people who carry illegal activities through it make it susceptible to closure by the government. In a case it is banned when the company has made huge investments in it, again it runs into losses. The best way out is to wait until the feature of anonymity is removed from the transactions. However, the company can decide to adopt the system temporarily if it does not fear the risks. However, the risks can be minimised by exchanging the bitcoins for ordinary currency as soon as it is received. The challenge would be where to get readily available person to buy the bitcoins from the company. 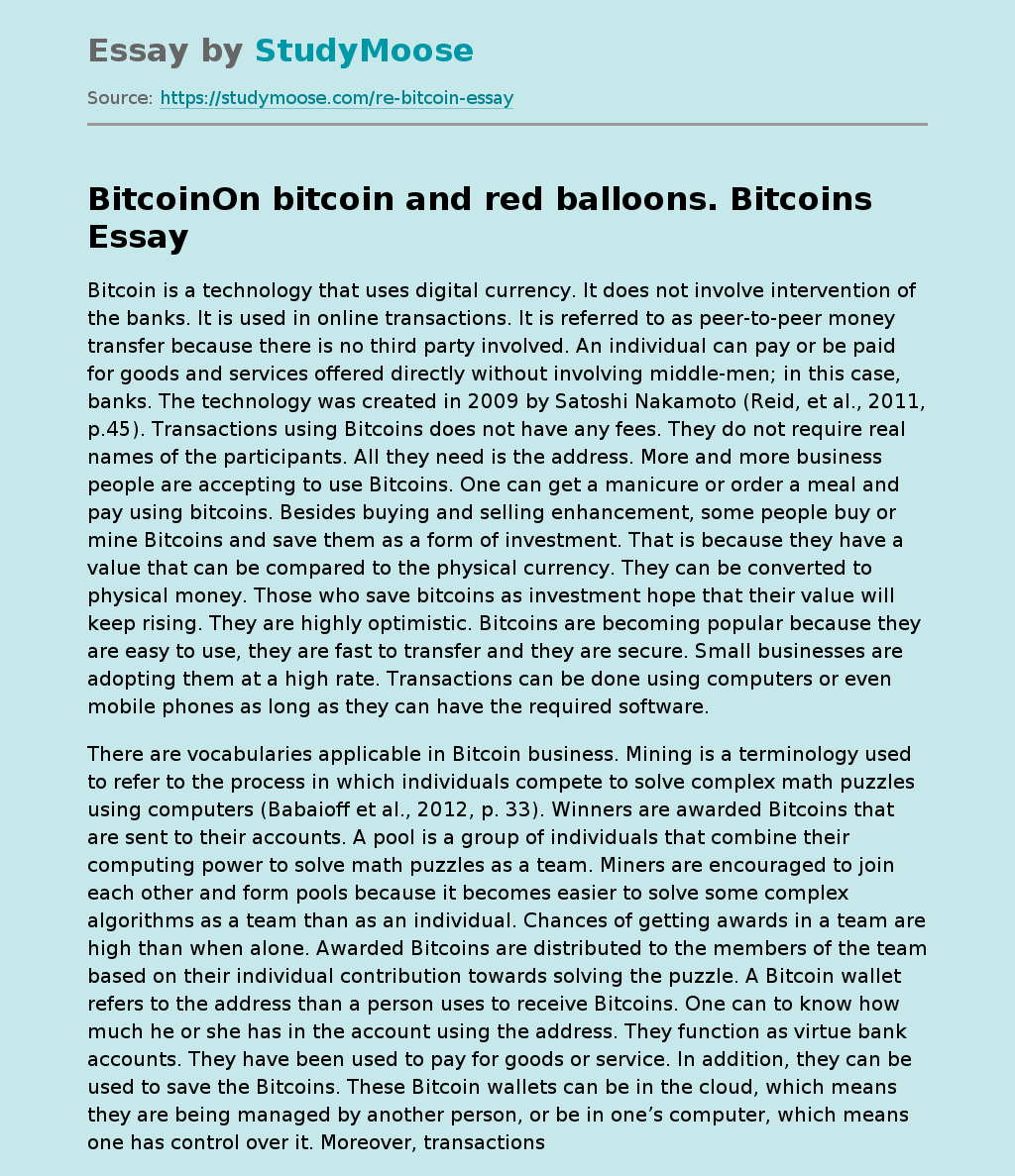