1.Ray Kroc used innovation firstly because be came up with a new idea and a new design which nobody had come up with before hand This can be seen in the scene where he comes up with the entire franchise ideas and him convincing the brothers to buy into his idea.The innovation can be seen here by him coming up with his own idea his own brand new idea to help him make money. He also showed a lot of determination because he had tried other business ventures and failed which is the reason why they all kept on saying they remember his face at the banks where he had been trying to obtain his needed capital.

Don't use plagiarized sources. Get your custom essay on
“ Ray Kroc used innovation firstly because be came up with a new ”
Get custom paper
NEW! smart matching with writer

He was determined to see the restaurant grow and to see it become more than a shop that opens once a week,he had a vision and he never backed down from it, his determination and willingness to learn caused him to speak to the brothers and find their secret and eventually convince them to let him see his vision through.

He was also a hard worker he would clean after his restaurant and he was always constantly looking for ways to make it better even if that meant no rest. He worked long hours tirelessly to get the business off the ground and make it better even if that meant cleaning and picking up trash. In the end of the movie his hard work and determination came through for him when his vision came to pass and his restaurant was the leading restaurant with many breaches as he had said he wanted during the movie.

Ray Kroc used innovation firstly because be came up with a new. (2019, Aug 20). Retrieved from http://studymoose.com/ray-kroc-used-innovation-firstly-because-be-came-up-with-a-new-essay 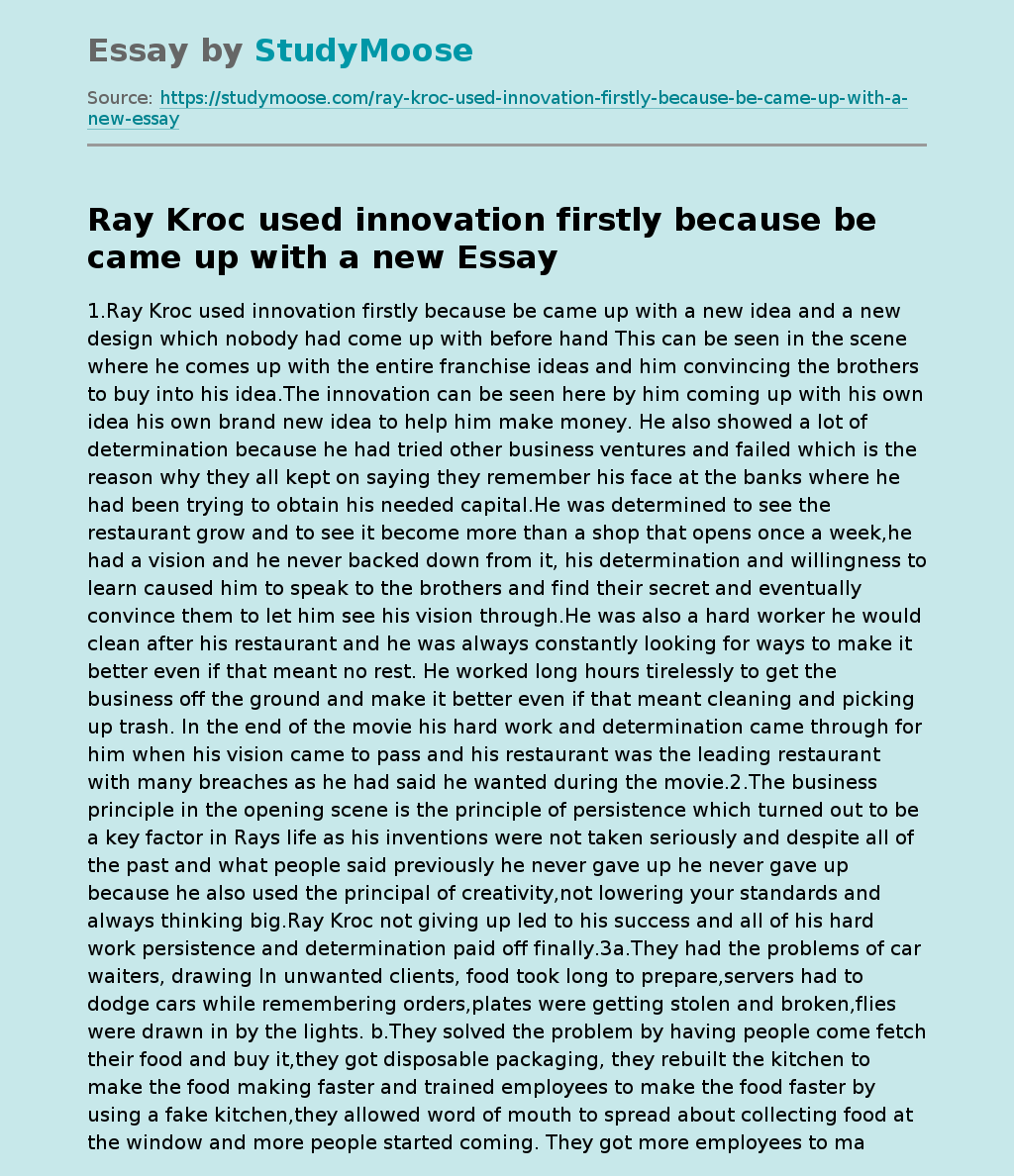