Raheem sterling; A professional football player playing in the top tier of football in England, faces discrimination and scrutiny so often but still manages to reach such great heights of achievements. Sterling received the ‘Integrity and impact’ award for his stand against all kinds of discrimination in football. This man is an inspiration to ethnic minorities due to his strive regardless of the struggles and challenges along his path to glory. From my little experience playing football as a young boy, I have come across various subtle hints of discrimination and racism, and the only way to overcome racism is to ignore.

Don't use plagiarized sources. Get your custom essay on
“ Raheem sterling A professional football player ”
Get custom paper
NEW! smart matching with writer

Ignore the words… because the words used are the attempts to get to one’s mind. Instead, we should thrive more to achieve greater levels and heights in order to shut the mouths of the aggressors! We are on the journey to overcome racism!

Racism has been fuelled by the media to the point that it is not addressed properly.

This has led to players having to take it upon themselves to address the situation on social media. Nowadays coloured people in society are made to be viewed in a different manner. Racism is not just a problem in Premier League grounds, it exists in every level of English football, from youth team’s right up to the national side; and we should make the effort to stop this atrocity! Racism can have devastating effect on young future players as it can lower ego, self-esteem, and confidence. Why should religion or country affect the way we are treated? On and off the pitch everyone is equal.

Without racism there would be a richer and healthy environment for young players to develop in, which would only boost the success rate of football players and increase the chances of better football for the fans also; it’s a clear win win. The phrase “I didn’t mean it I was drunk” or “sorry I had a pint too much” just proves that people are not even realising the severity and gravity or their actions. Additionally, it just proves that alcohol is one of the key aspects leading to racism from the fans, and it should be banned to decrease the rate of discrimination. It is estimated that cases of racism in football would be half if alcohol was banned before or during the match. We must nurture football for the sake of the future generation of football players of all levels. Football was made for the sake of playing, and not for the sake of abuse and discrimination! A quick question to anyone with racist thoughts and intents, what is gained from being racist? What is gained from making individuals feel inferior to others due to the colour of their skin or the country that they come from? Nothing. There is nothing to gain at all! As a matter of fact you may actually end up feeling bad or guilty for your action whether it was physical or verbal abuse.

Sometimes racism in football is not always about colour, it is also sometimes about your gender. This is regarded as sexism 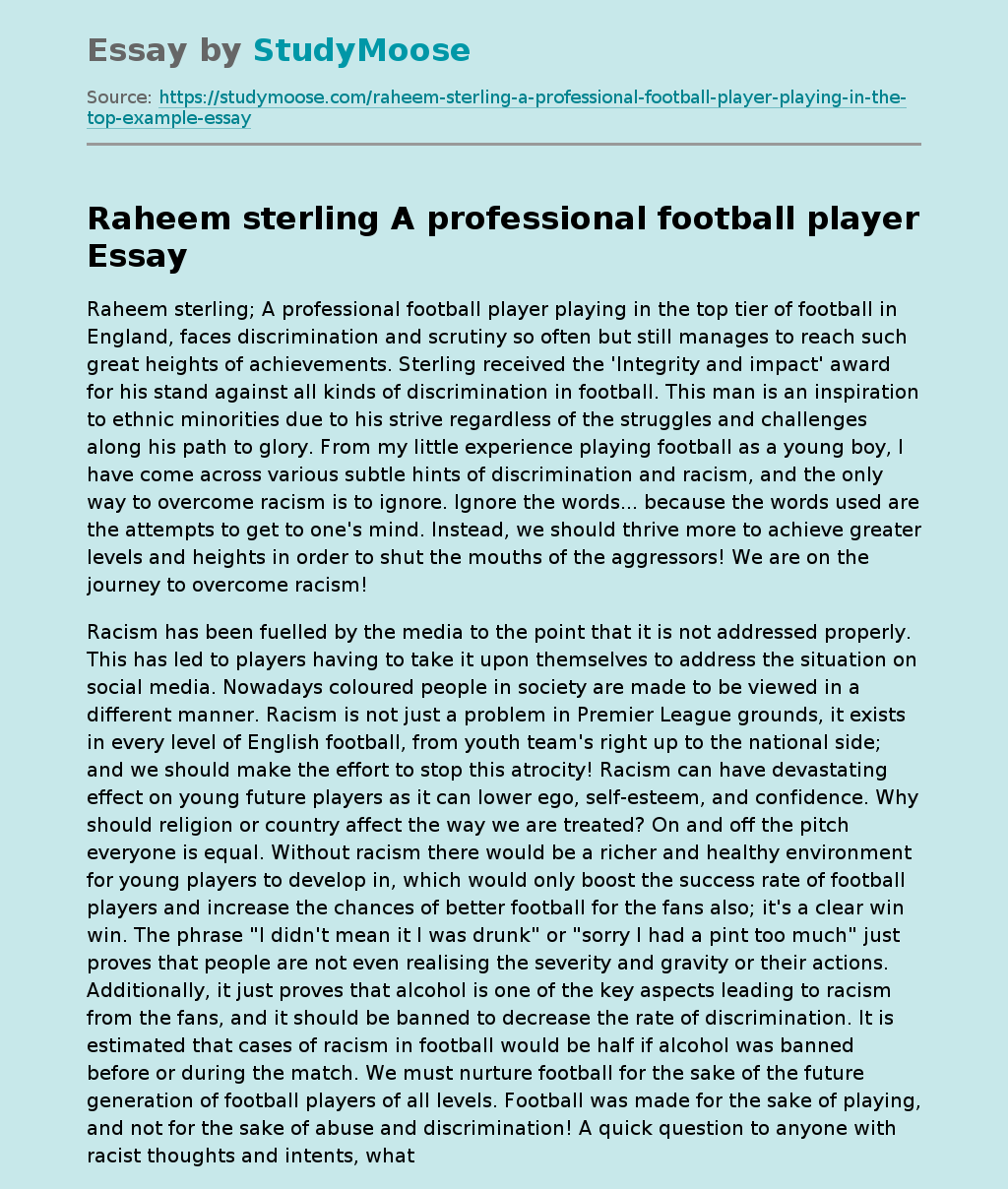