Narrator – The Narrator starts the story about how he knew the Gessler brothers. The first introducing is raised up by the narrator as the first person, refers to first line, “I knew HIM from the days of my extreme youth, because he made my father’s boot” character I refers to the narrator and HIM refers to the person that is immediately told, Mr. Gessler. This means that the Narrator knew Mr. Gessler because his father is a customer of the boot maker.

Don't use plagiarized sources. Get your custom essay on
“ Quality by John Galsworthy Characters ”
Get custom paper
NEW! smart matching with writer

In this line “I remember well my shy remark, one day, while stretching out to him my youthful foot” shows that the Narrator, also, has been a customer of the boot make since he was young. The Narrator is a curios person, particularly to the boots that Mr. Gessler makes. It says in the story that he finds it “Mysterious and Wonderful.” I also notice that the Narrator is a very loyal customer for he had patronized of the Gessler’s boots ever since.

Though it was mentioned in the story that once he went to Mr. Gessler’s shop, absent-mindedly wearing boots bought by emergency at some large firm, which made Mr. Gessler notice and say “Dose are nod my boods.” The Narrator described the tone as ‘not one of anger, nor of sorrow, not even of contempt, but there was in it something quiet that froze the blood.’ In the next minute that made him ordered many pairs that are more durable than the last one he bought.

The author described him as an old man with crinkly red hair and cricnkly yellow face. The Narrator compared his face to a leather “stiff and slow of purpose”, except for his gray-blue eyes. As for his character, Mr. Gessler was very disciplined, once he heard the request from his customers, he would finish the boots as soon as he could. He would make the boots with the authentic materials. It means that he wanted to give priority to the quality of the boots he made. He did not care how much the price of materials. If the customers felt satisfied with his made, he would be satisfied too. That’s why some reader would say that he has a very rare character. Elder Gessler- The older brother, who also the co-owner of the shoe shop. He looks just like his brother but a lot paler. They would know that it was him once he said “I will ask my brudder.” 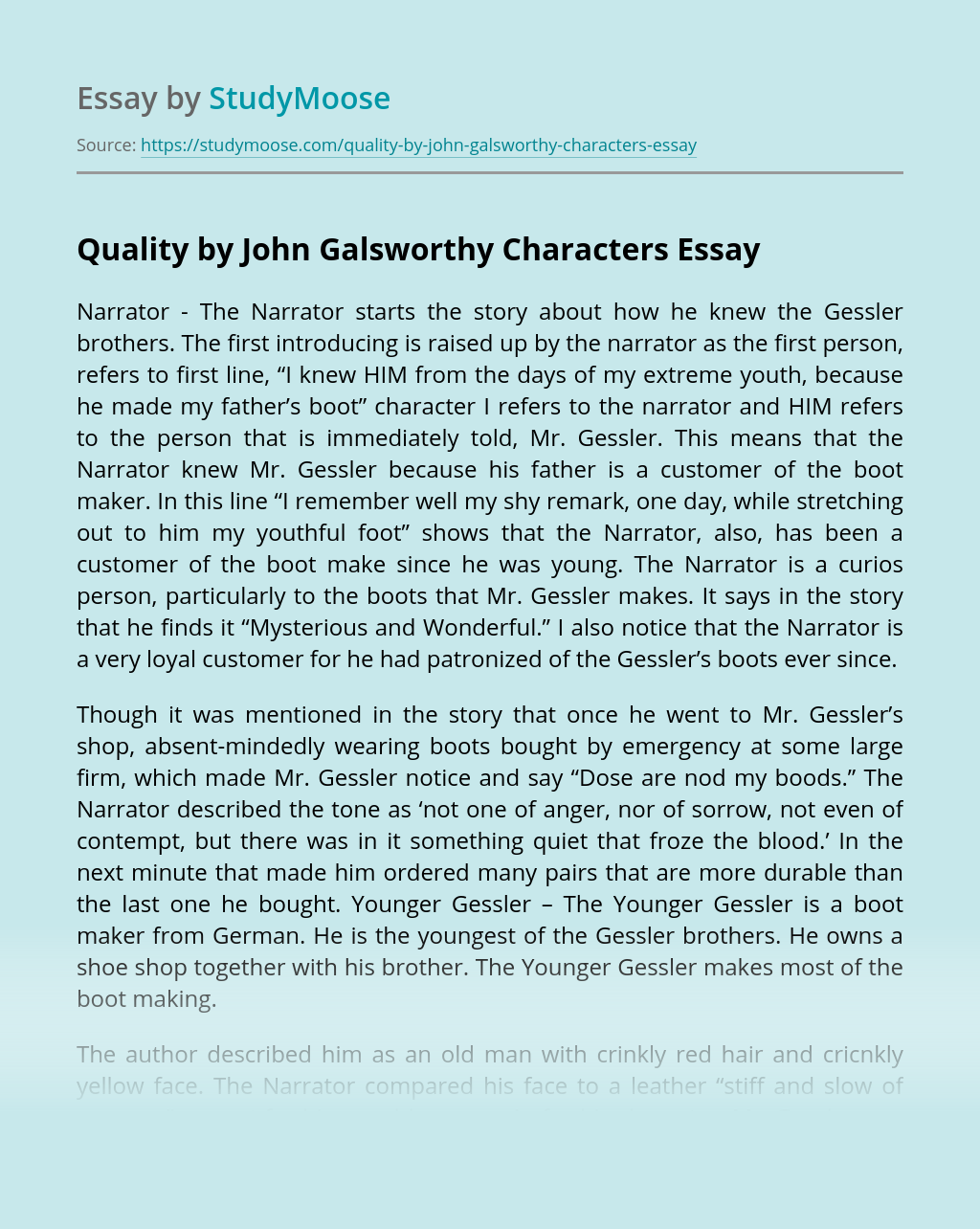