But it is helpful and safe to keep a first aid kit with us in our car, homes, jobs, and everywhere we might go that might be dangerous for us or little ones and is good to have one in your purses or children’s backpack when they go camping or go to school or walk home or walk to school. The first time that the first aid was ever used was in the middle ages.

Then in the 1859 the trained villagers came back to help the illness and injured ones in the battle of the soldering. Then, four years later, more villagers were trained and they formed a new group that we now call the Red Cross to help others during illness or injury but also through losing their homes in a hurricane, like the one in New Jersey with the hurricane Sandy. So there is where we are using the first aid, many developments in the first aid have been used by the wars in worldwarI, worldwarII, and American Civil War.

Clara Barton was prompted to organize the American Red Cross during Civil War. Today, there are many groups that use the Johnson first aid kit, so many of us use it in the military and the scouting movement. New techniques and equipment have helped make today’s Johnson first aid kit simple and effective.

What is first aid? Well, first aid is not always to be used to cure injured or illness animals or people; it can also be used to help those who have lost their homes in a hurricane or fire. And is most of the time to cure the sick ones and injured ones. What did I learn while I was typing this essay? I have learned a lot! Most of all I learned that the first aid is not always used to cure illness or injury people it is used to help those in need that have lost their homes or need help to keep their homes. I also learned where the first aid name came from it came from the inventor named Johnson, first aid in the late 1890’s and then formed the American Red Cross. I also accomplished that where and who the inventor was and how the name was formed so there we all know if you’re like me wondering where those answers are of who, when, and where was the first aid came from well there you go because I found all those answer for you. 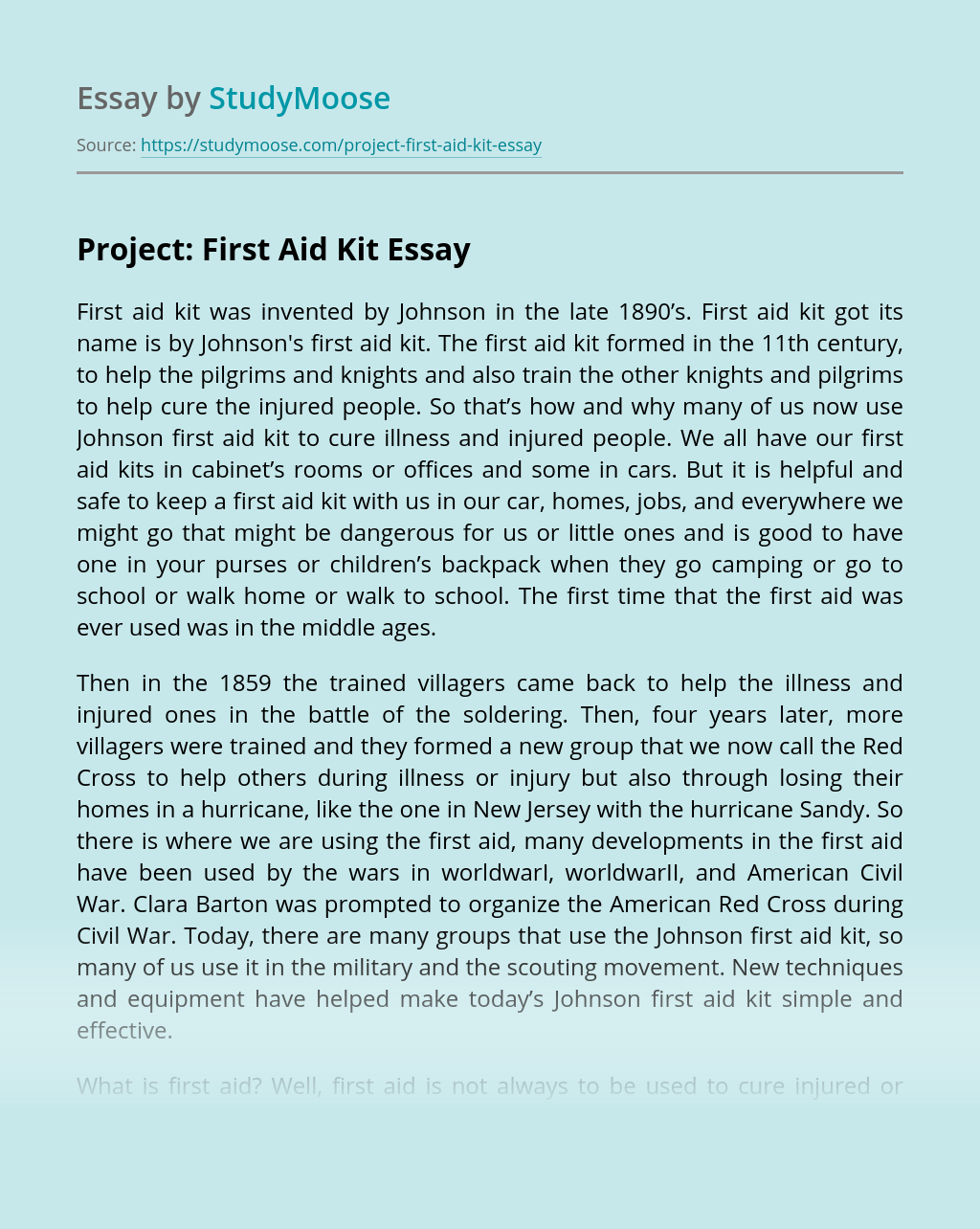