Are Pretty Little Liars good at keeping their dirty secretes?

Pretty Little Liars a favorite ABC Family series is built around five teenage friends, until one goes missing and is found dead. It has a strong hint of supernatural force that mean no good. It makes most popular vampire romances look anemic. Because of a popular series of HarperTeen books by Sara Shepard, Pretty Little Liars follows the nervous lives of four girls in Rosewood, Pa. It’s a small town and these girls seem to have it all and that sets it up for an even better drama, when we start to see they also have secrets.

The season premier starts with the disappearance and apparent death of the fifth girl in the circle, Alison DiLorentis.

If the PLL series were traditional, Alison, Sasha Pieterse would have been the sweetest girl in school and no one could imagine anyone wanting to hurt her. If that’s what you’re expecting here, you’re wrong.

Alison was a bitchy gossiper, backstabber and cruel practical joker. In any case, they were all together the night she disappeared and we join the story a year later, when free spirit Aria, Lucy Hale, nerdySpencer,TroianBellisario, crazy Hanna, Ashley Benson and jock Emily Shay Mitchell have drifted apart. Drug and alcohol use, foul language, scanty clothing, sexual innuendo and some passioate make-out scenes and homosexuality all make Pretty Little Liars a series that keeps viewers on their feet. Every episode leaves you with a cliffhanger.

They run into each other in random chance encounters, however, that suggest each is harboring dark secrets, some related to Alison and some not. Since they apparently weren’t into deep sharing when they were all best friends then, they aren’t spilling now. Except they have two problems. A local cop is determined to find out what happened to Alison. Second, the girls all start getting mysterious messages that suggest some supernatural force knows all the secrets and could and sometimes do expose them to the public.

Could the messages be coming from Alison? But isn’t that impossible? What kind of phone network lets you keep texting when you’re dead? I’d say that’s beyond 4g. It’s one thing to talk with your friends about lacrosse practice or the hot guy in the French class. It’s something else when you’re trying to figure out what happened to your disappeared friend, and how disappeared she really is. “Pretty Little Liars” is good at making us care about the girl’s lives. It keeps us thinking each week as to what might happen the next. 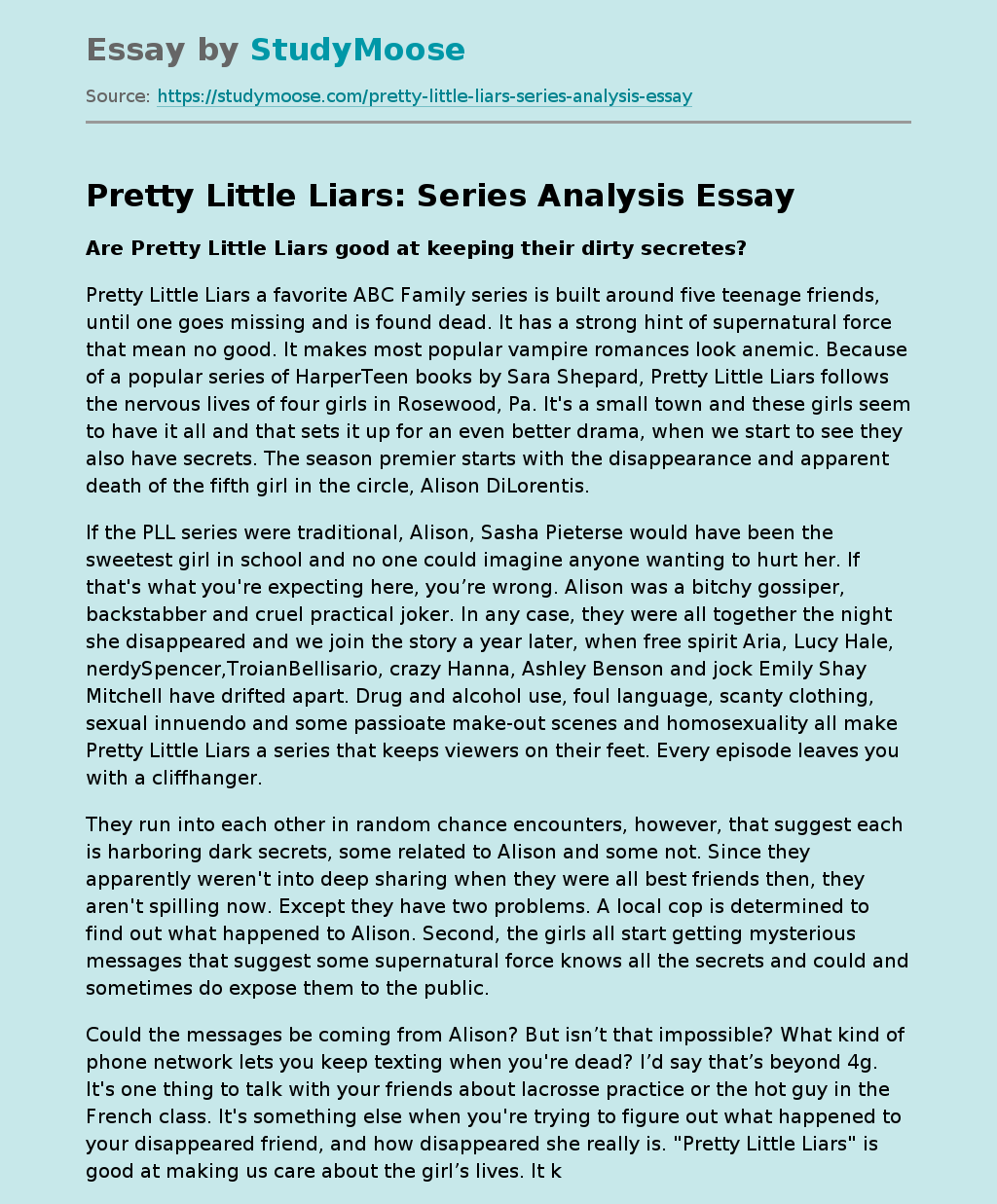