Don't use plagiarized sources. Get your custom essay on
“ Pressure Groups ”
Get custom paper
NEW! smart matching with writer

Direct action is a method often used by outsider pressure groups to pressurise the Government. The types of direct action used are often illegal and dangerous. For example the Animal Liberation Group went to a mink farm and let the minks out and have also picketed laboratories and thrown stones at those who work there. Outsider pressure groups that wish to become insiders are more likely to obey the law when they are protesting so they have more of a chance of establishing links with the government and be given the insider status.

Civil Servants will also use the investigations carried out by these pressure groups to improve Bills. Because insider Pressure Groups spend a lot of time researching issue’s that they are concerned about and discuss them formally then they gain respect from the government and are more able to influence decision makers.

Although insider and outsider groups use different methods to influence the government the main way is to try to get publicity for their cause and to get the public on their side. Sending letters to newspapers, marching through the streets, giving

Demonstrations, leafleting and holding public meetings does this. Some pressure groups will collect signatures for a petition, which they then send to an MP to try and persuade him to bring the issue up in parliament. Margerat Ewing brought up the issue of the dumping of Nuclear waste at Dunraye in parliament to help a pressure group concerned with the problem. In the Scottish Parliament there is a special Petition Committee which investigates petitions and informs the Minister to which each petitions concerns. This an effective way of pressure as it means that the Scottish Executive will be able to find out problems and will be able to see how many people want a change in legislation to solve this problem.

Pressure groups influence political decisions by using the media for publicity, using government officials and civil servants and in some cases using illegal methods to try to pressurise the Government. 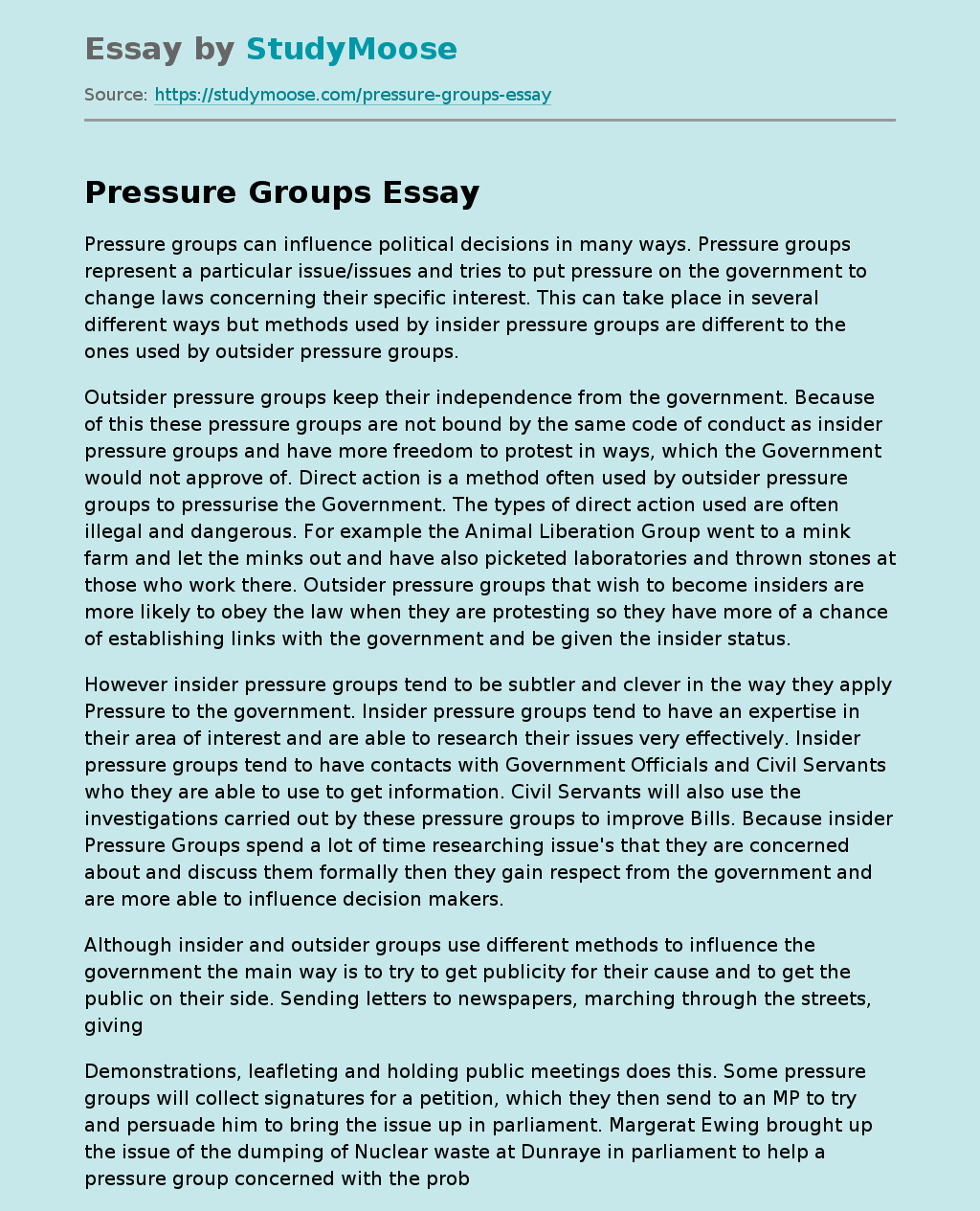