Powder is a straightforward story about an adolescent boy and his father on a ski trip. It is a first person story; written from the boy’s point of view who is also a central character in this story. The parents are separated or divorced; the father has promised to have the boy back to his mother in time for Christmas Eve dinner. But the father tarries, deciding to get in a few more runs, and by the time they set off, the mountain road they must take is closed and guarded by a state trooper.

Don't use plagiarized sources. Get your custom essay on
“ Powder – Story Analysis ”
Get custom paper
NEW! smart matching with writer

Eventually the trooper leaves his post and the father decides to risk the snow-covered road. In this story, everything seems to point to disaster. The narrator (an older version of the boy) consistently conveys a sense of worry, at first only that he will be late for Christmas Eve dinner (which has added importance because the father wants to win back the favor of his wife and is screwing this up), but later we fret about their physical well-being.

The father sternly warns the boy against such foolhardy behavior.

Disaster looms. Yet the boy, who is so tightly wired that he numbers his clothes hangers, is finally able to relax, to trust his father, to accept his fate and enjoy the journey. “If you haven’t driven fresh powder,” he says at the end, “you haven’t driven. ” Really helps to wrap up this short story nicely. This story captures the two characters as images very well as we are drawn into their lives by the author (character as presented by the author).

This will have to be a fast one. ” Expressed by the father give the reader, a sense of urgency and you can visualize this character on the slope with the proper expression. Then the line “My father in his forty-eighth year, rumpled, kind, bankrupt of honor, flushed with certainty. He was a great driver. ” As expressed by the POV Character kind of brings it all together. The characters were alive from the beginning of this story and it was due to the really good characterization that was done by this author. 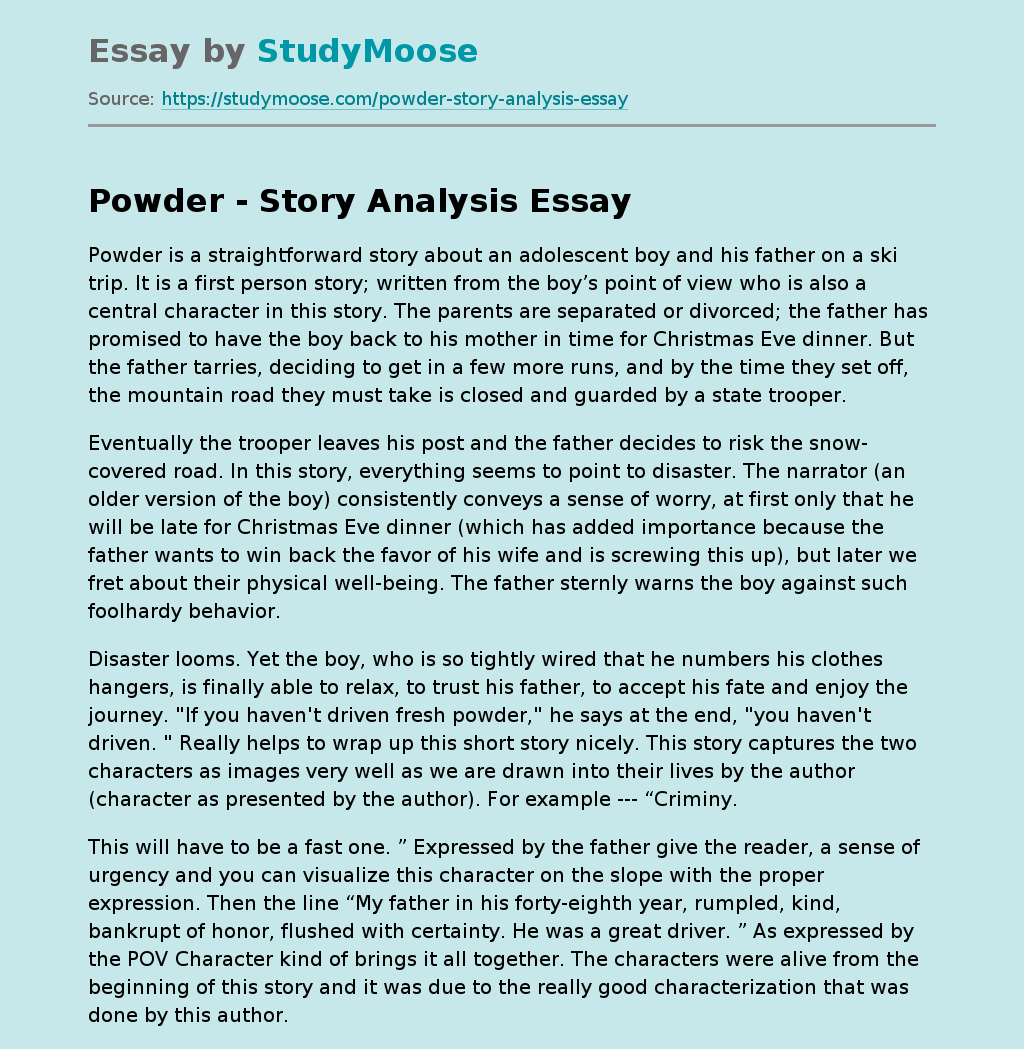