A sport is an activity that is organized, competitive and entertaining, in which a winner can be defined by objective means. The sports in Malaysia has become a major activity in the local universities where they often perform an annual sports or recreational activities between universities and colleges merely to inculcate the spirit of cooperation and the spirit to win a competition and meet each other and thus strengthen the relationship between one another.

Sports in field in Malaysia can be considered as a major sport that is done by people of multiple ages.

Don't use plagiarized sources. Get your custom essay on
“ Popular Sports in Malaysia ”
Get custom paper
NEW! smart matching with writer

Among the sports in fields such as hockey, rugby and field bowling, football is the most popular sports in Malaysia. It requires very little equipment and effort to learn the basics. Thus, kids can start playing football at an early age and go on to become ardent followers of game.

Badminton is one of the popular physical sports in our country. Players score points by striking a shuttlecock with their racquet so that it passes over the net and lands in their opponents’ half of the court.

Each side may only strike the shuttlecock once before it passes over the net. A rally ends once the shuttlecock has struck the floor. It is a very interesting sport game because it is a game that demonstrates speed, stamina, agility, power and also delicate skills and touches.

Moreover, netball is a popular game for girls and women in Malaysia. It is part of the school curriculum with the basic skills being introduced at primary level as early as year 3 (8 years old).

Most schools, government agencies, universities, colleges, clubs and the private sector have their own netball teams. They play more for recreation than competition and usually twice a week.

Water sports in Malaysia are also among the sports that attract public attention. There are various water sports such as yacht, speed boat, kayak, swimming, diving, water polo and snorkeling. These sports are usually played either at the aquatic center, ponds, lakes, rivers and sea. Water sports in Malaysia have also been introduced until the international level. 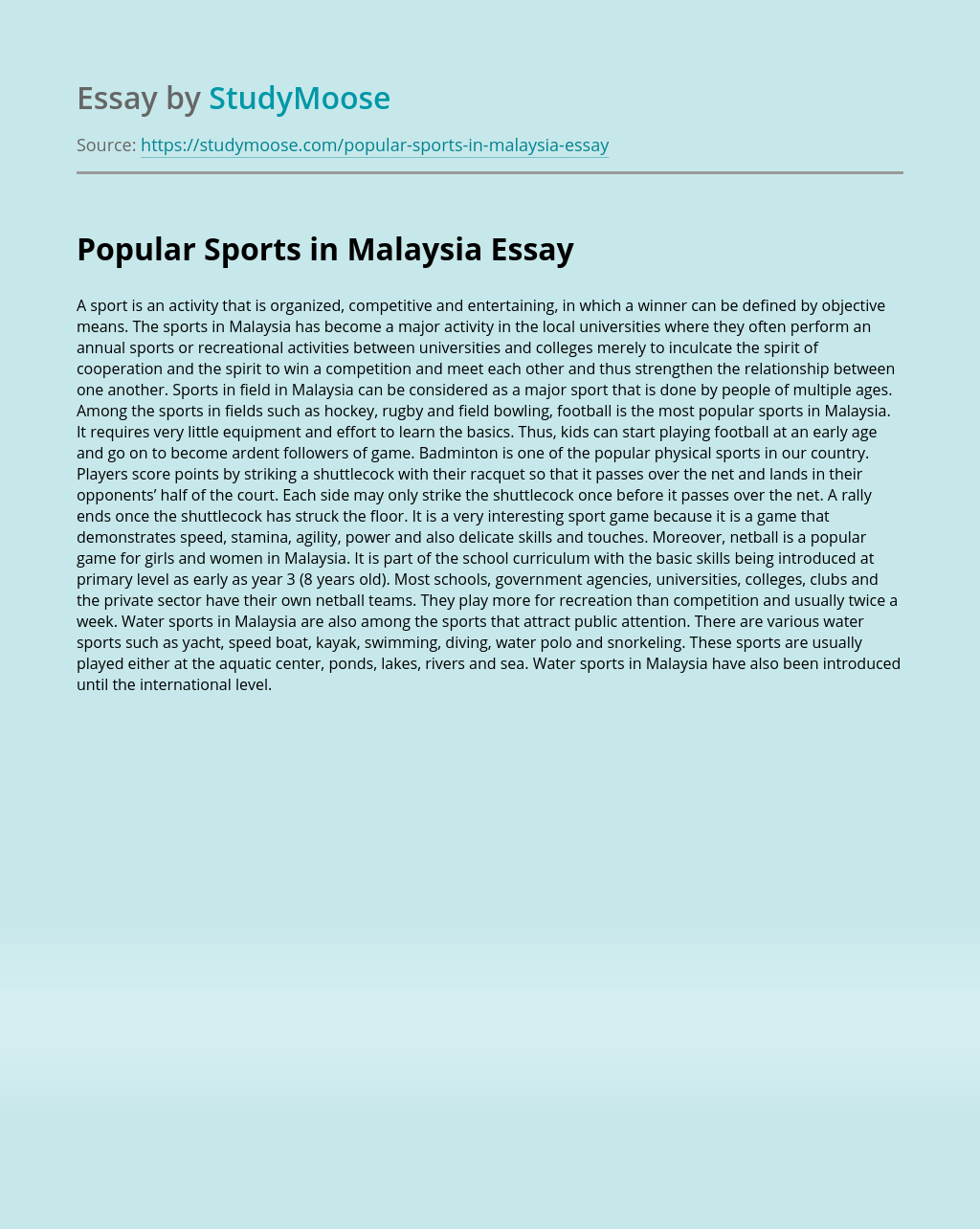