Sectional tensions had always existed in America, however during the period of 1820-1861 differences in the North and South became so serious that the nation was on the verge of division. There were many attempts at compromise, including the Missouri Compromise and the Compromise of 1850, but to no affect. Disunion and division could not be avoided and the Civil War began in 1861. There were many issues dividing the North and the South, the most controversial of which was slavery. Slavery was seen as a moral abomination in the North and revered as a way of life in the South.

Don't use plagiarized sources. Get your custom essay on
“ Political compromise before The American Civil War ”
Get custom paper
NEW! smart matching with writer

Northern reformers and others wanted slavery to end, while Southerners were devoted to its preservation.

However the compromise was later thrown away after the Supreme Court ruled in Dred Scott v. Stanford. Scott decided to sue for his freedom after his master had held him in a slave free state on multiple occasions. The Chief of Justice at the time, Roger Taney, disagreed with Dred Scott and even argued he had no right to sue for his freedom because he wasn’t technically a citizen.

This lead to the court rule that congress had no right to ban slavery in any area in particular and the Missouri compromise was overturned.

Northern fears of Southern Slave power grew, which further divided the nation. Another ultimately unsuccessful attempt at negotiation was the Compromise of 1850. California had experienced a huge population increase and was ready to apply for statehood as a free state. Southerners objected because the balance of Slave states vs. Free states would be tipped to the Free states.

Once again, Henry Clay had a solution. He proposed compromise admitting California as a free state and banned the sale of slaves in Washington D.C., but strengthened the Fugitive Slave law to keep the South happy. Overall, sectional tensions were hardly decreased by any compromise. The divisions were too deep, and no political compromise could bridge them. The country was left with no solution and the tensions exploded into the Civil War. 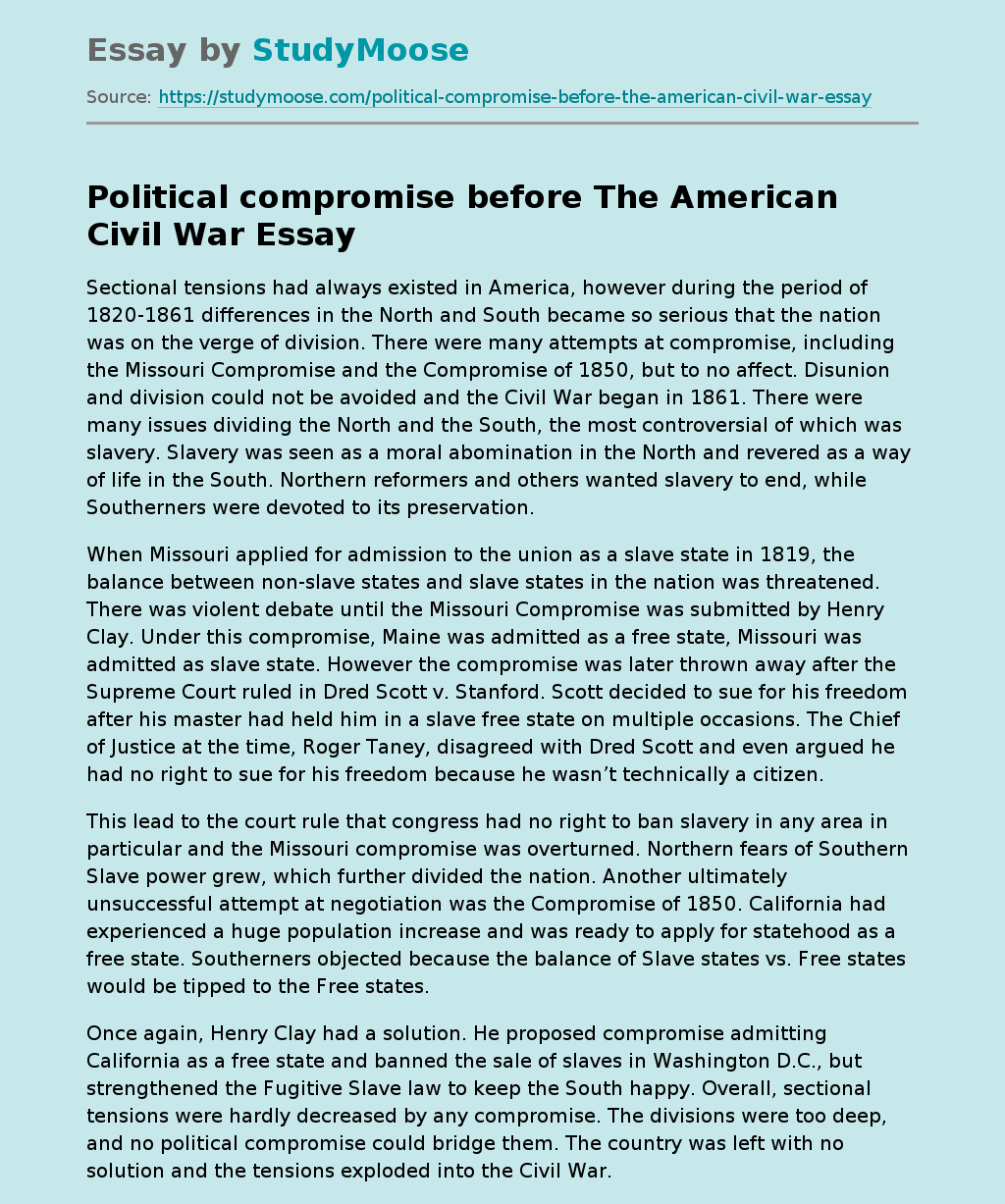