Social media become an important medium of communication in the modern time in which it is provide powerful channels of information between politician and citizens. Besides that, the social media act as proactive devices for encouraging the citizen to participate in democratic process. The social media an important medium of information have influence people’s thought and action about politics and encouraged people to give opinions, critics and suggestions as well as participate in politics. Therefore, the social media is one of the primary mechanism in the political scene and capable of making political issues.

Don't use plagiarized sources.
Get Your Custom Essay on Political Awareness Just from $13,9/Page

However, it gives a negative aspects on political issues in which people may give wrong information and it also enjoys a positive function by spreading information across society quickly and enjoys freedom of speech.

The development of new technology encourages youth to engage in politics. Youth today most likely to use the social media like Facebook, twitter, blog and you tube as medium of communication to interact with others.

Online social networks provide us with convenient platform for such analysis. The data from many social networks is publicly available. Furthermore, social media has emerged as a significant platform for discussion and dissemination of political information. For example, Pew surveys (Smith, 2011) found that 22% of adult Internet users participated in political campaigns through at least one of the major social media platforms like Twitter, Facebook, and Myspace during the 2010 U.S. elections. However, people would not use social media regularly for interaction that lead to political engagement. People usually discuss about politic in social media only time of election in which political parties, political activists and organizations promote, persuade and wishing to increase participation by citizen.

There is an analysis of social media usage for political purposes by young people during the United Kingdom general election in 2005. It emphasized that the role of social media for reinforcing existing democratic awareness rather than as an alternative mode of political socialization. Interestingly, the percentages of the youth are much likely use social media in accessing political information for news and information about parties as well as candidates than older users. Thus, the social media plays an important role as strategies by political parties to target young voters are a valuable approach in attracting disaffected citizens. However, it also indicates that political engagement by young people may show signs of becoming misuse to the new social media where mobilization and activism may be more increase if they are social media users. 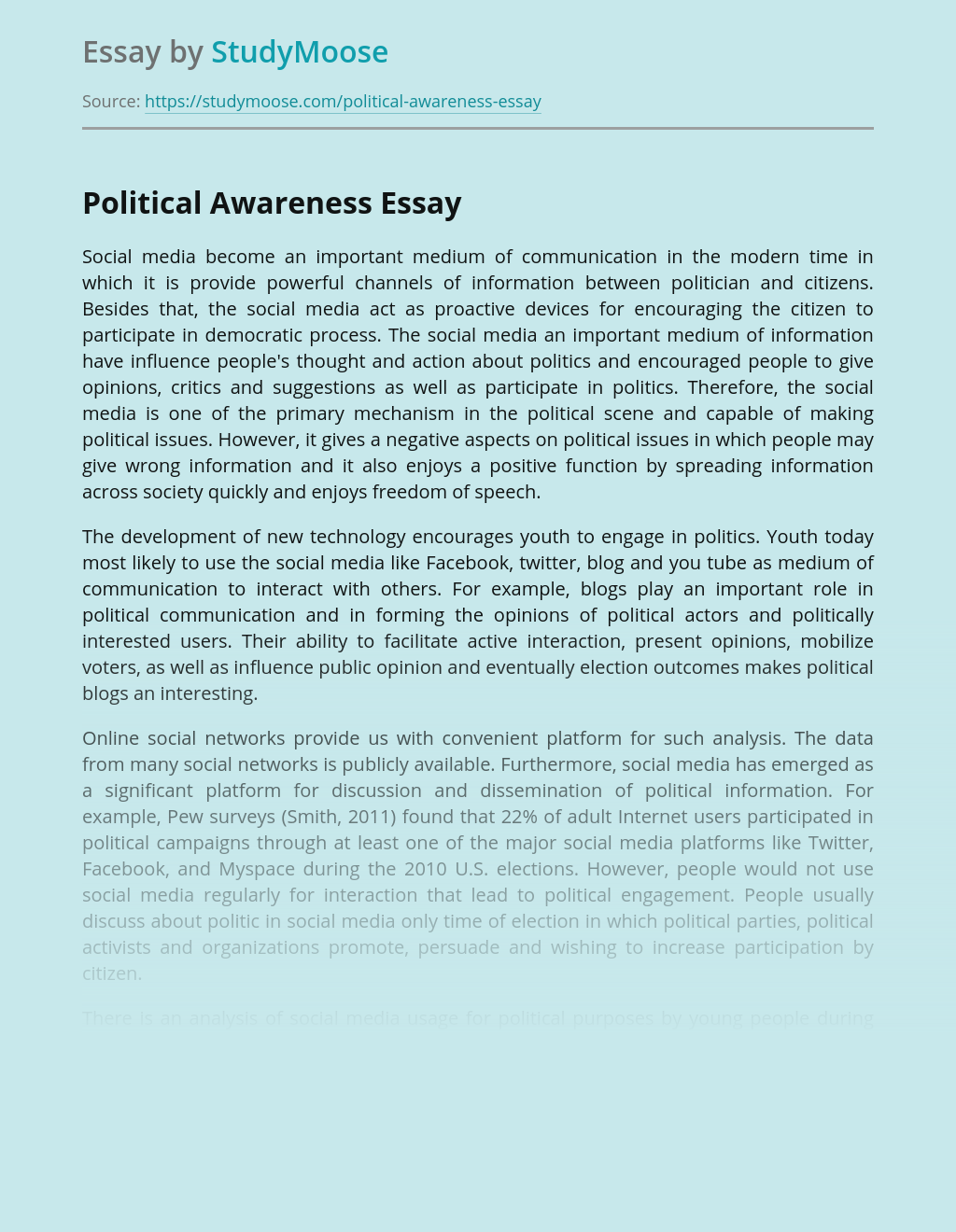 The Boston Teaparty and American Revolution

The revolution in America gained momentum as Britain continued to pass new taxes and send more soldiers to the continent. The American people, along with their anger over the Appalachian Mountain boundary, did not enjoy these new taxes. Their protests and demonstrations were initially only in defiance to the new laws, but as their patience...

View sample
Small Change: Why the revolution will not be tweeted

Cornel West, born June 02, 1953, is an American philosopher, author, actor (some of you may know him from Matrix Reloaded and Revolutions), civil rights activist and prominent member of the Democratic Socialists of America. West, commonly known for his blend of political and moral insight and criticism and his contribution to the post-1960s civil...