A personality test aims to assess aspects of a person’s character that remain stable across situations, referred to as their personality. Personality is generally understood as a collection of emotional, thought, and behavioral patterns unique to a person, that is consistent over time. Generally, personality tests assess common characteristics for large segments of the population, describing people according to a number of dimensions or traits, rather than attempting to describe every detail of any particular individual’s personality.

A variety of methods have been developed to assess personality differences and characteristics, based on various approaches to the nature of personality.

While none is a complete description of human personality, many tests have proven useful in specific applications, such as interviewing prospective employees, through focusing on the attributes important for the particular situation. Through this use, a good fit can be found between an individual and what they will be called on to accomplish, thus benefiting both the individual and the whole purpose that they are serving.

A projective test is one in which the person is asked to respond to ambiguous stimuli in order to reveal hidden emotions and internal conflicts.

The Thematic Apperception Test (TAT) was commissioned by the Office of Strategic Services (O.S.S.) in the 1930s, to identify personalities that might be susceptible to being turned by enemy intelligence. American psychologists Henry Murray and Christiana D. Morgan at Harvard were responsible for developing the TAT test. They explored the underlying dynamics of personality, such as internal conflicts, dominant drives and interests, and motives. Specifically, the test assesses motives, including needs for achievement, power, intimacy, and problem-solving abilities. The TAT uses a standard series of 31 provocative yet ambiguous pictures about which the subject must tell a story. A subject is asked questions such as: What dialogue might be carried on between characters?

How might the “story” continue after the picture shown?
For this reason, the TAT is also known as the “picture interpretation technique.” Each story created by a subject is carefully analyzed to uncover underlying needs, attitudes, and patterns of reaction. Subjects can respond orally or in writing and there are specific subsets of pictures for boys, girls, men, and women. The TAT is a projective test in that, like the Rorschach inkblot test, its assessment of the subject is based on what he or she projects onto the ambiguous images. After World War II, the TAT was adopted more broadly by psychoanalysts and clinicians to evaluate emotionally disturbed patients. Later, in the 1970s, the Human Potential Movement encouraged psychologists to use the TAT to help their clients understand themselves better and stimulate personal growth.

Today, the TAT is widely used as a tool for research in areas of psychology such as dreams, fantasies, mate selection, and what motivates people to choose their occupation. Sometimes it is used in a psychiatric context to assess disordered thinking, in forensic examinations to evaluate crime suspects or to screen candidates for high-stress occupations. The TAT has been criticized for a number of reasons. It is not administered in a standardized way, and because it is challenging to standardize interpretation of the stories it produces. A scoring system for analysis was created by David McClelland in an attempt to introduce more rigor.

The 31 standard pictures have been criticized as negative in tone and therefore tending to limit the range of personality characteristics that the TAT can explore. Research has shown that factors including race, gender, and social class of both examiners and subjects influence the stories told and how they are interpreted. Minnesota Multiphasic Personality Inventory

The Minnesota Multiphasic Personality Inventory (MMPI) was published in 1942 as a way to aid in assessing psychopathology in a clinical setting. It is the most frequently used personality test in the mental health field. This assessment was designed to help identify personal, social, and behavioral problems in psychiatric patients. The results from this test provide relevant information to aid in problem identification, diagnosis, and treatment planning for patients. The test has also been used for job screening and other non-clinical assessments, which is considered controversial and is in some cases illegal. History and use

The original MMPI was developed at the University of Minnesota Hospitals and first published in 1942. The original authors of the MMPI were Starke R. Hathaway, PhD, and J. C. McKinley, MD. The MMPI is copyrighted and is a trademark of the University of Minnesota. Clinicians must pay a fee each time it is administered. The standardized version for adults 18 and over, the MMPI-2, was released in 1989, with a subsequent revision of certain test elements in early 2001. The MMPI-2 has 567 items, or questions, and takes approximately 60 to 90 minutes to complete. There is a short form of the test that is comprised of the first 370 items on the long-form MMPI-2. There is also a version of the inventory for adolescents aged 14 to 18, the MMPI-A. The MMPI has been used for a range of assessments:

Other personality tests, like the Rorschach inkblot test and Myers-Briggs Type Indicator, have come under fire more often than MMPI. Still, critics have raised issues about the ethics and validity of administering MMPI, especially for non-clinical uses. By the 1960s, the MMPI was being given by companies to employees and applicants as often as to psychiatric patients. Sociologist William H. Whyte was among many who saw the tests as helping to create and perpetuate the oppressive “groupthink” of mid-twentieth century corporate capitalism. In 1966, Senator Sam Ervin introduced a bill to sharply curtail the government’s use of the MMPI and similar tests, comparing them to McCarthyism.

Ervin’s bill failed. A 1990 Office of Technology Assessment report noted: In 1965 the Senate Subcommittee on Constitutional Rights of the Committee on the Judiciary, chaired by Senator Sam Ervin, and the House Special Subcommittee on Invasion of Privacy of the Committee on Government Operations, chaired by Representative Cornelius E. Gallagher, held hearings to determine whether the questions asked on psychological tests used by the Federal Government were an unjustified invasion of the respondent’s psyche and private life. The Subcommittees also investigated the validity of these tests and the due process issues involved in test administration. The reactions of the press and public were very critical of the types of questions asked on these psychological tests.

Numerous successful lawsuits have argued that giving the test to job applicants is an invasion of privacy, and that there is no evidence linking test results to job performance. Others have accused that MMPI can “overpathologize” certain demographic groups, notably teenagers and non-white test takers. Myers-Briggs Type Indicator

Main article: Myers-Briggs Type Indicator
The Myers-Briggs Type Indicator (MBTI) was designed to assist a person in identifying their personality preferences. It was developed by Katharine Cook Briggs and her daughter Isabel Briggs Myers during World War II, and follows from the theories of Carl Jung as laid out in his work Psychological Types. The registered trademark rights in the phrase and its acronym have been assigned from the publisher of the test, Consulting Psychologists Press Inc., to the Myers-Briggs Type Indicator Trust. The test is frequently used in the areas of pedagogy, group dynamics, employee training, leadership training, marriage counseling, and personal development, although scientific skeptics and academic psychologists have subjected it to considerable criticism in research literature. Keirsey Temperament Sorter

The location of Keirsey’s four temperaments within the MBTI. The Keirsey Temperament Sorter is a personality instrument which attempts to identify which of four temperaments, and which of 16 types, a person prefers. Hippocrates proposed the four “humors,” which are related to the four temperaments. These were sanguine, choleric, phlegmatic, and melancholic. In 1978, David Keirsey and Marilyn Bates, in the book Please Understand Me, reintroduced temperament theory in modern form. Keirsey renamed the four temperaments in the book Portraits of Temperament (1987) as “Guardian,” “Artisan,” “Idealist,” and “Rational.” As he was developing modern temperament theory, Keirsey found that by combining the MBTI functions “intuition” with “judging,” NT and NF, and combining “sensing” with the “perceiving” function, SJ and SP, that these groupings of types correlated to his four temperaments: Artisans (SPs) seek freedom to act and are concerned with their ability to make an impact on people or situations. Their greatest strength is tactical intelligence, which means that they excel at acting, composing, producing, and motivating.

Guardians (SJs) seek membership or belonging and are concerned with responsibility and duty. Their greatest strength is logistical intelligence, which means that they excel at organizing, facilitating, checking, and supporting. Idealists (NFs) seek meaning and significance and are concerned with finding their own unique identity. Their greatest strength is diplomatic intelligence, which means that they excel at clarifying, unifying, individualizing, and inspiring. Rationals (NTs) seek mastery and self-control and are concerned with their own knowledge and competence. Their greatest strength is strategic intelligence, which means that they excel at engineering, conceptualizing, theorizing, and coordinating. The chart below compares modern and ancient aspects of the model: 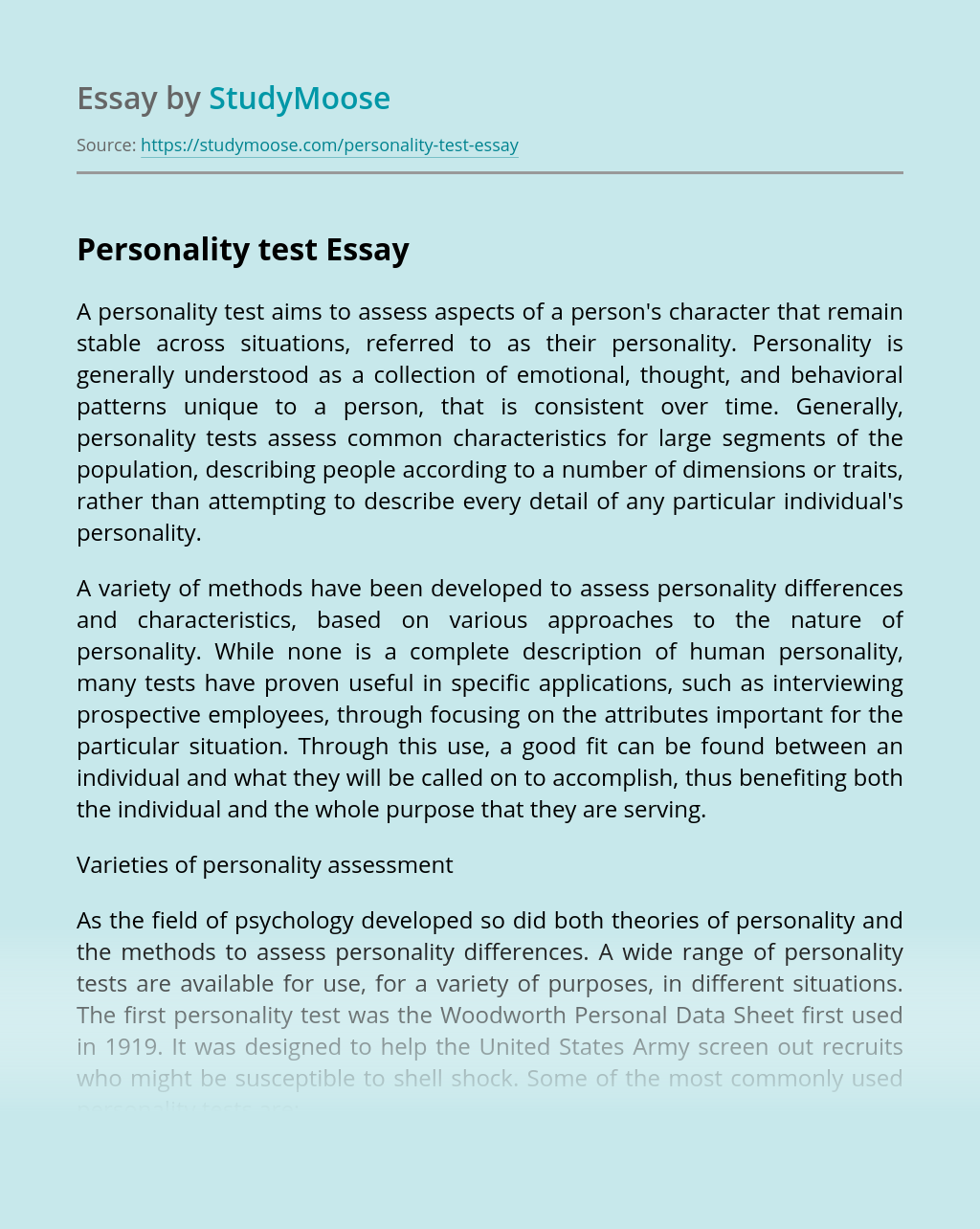