Parents and celebrities are both looked upon nowadays as idols, while teenagers decide who they want to take as role models, the fact remains that both celebrities and parents are similar in some aims and different in others. Some argue that parents are in favor of influence on kids others argue that they aren’t and that celebrities are the ones who affect teenagers the most. This young age is very critical for kids; it’s when they are affected the most by the people they look up to and the footsteps they follow.

Don't use plagiarized sources. Get your custom essay on
“ Parental influence and celebrity influence ”
Get custom paper
NEW! smart matching with writer

Teenagers are exposed to so many different kinds of culture and lifestyle every day that it makes it hard for them to decide who they want to set as an idol.

Teenagers usually look up to celebrities for style and fashion. They try to copy the look of a specific celebrity to gain popularity amongst their friends which in most cases is all what matters to some teenagers.

Nevertheless it is almost impossible to copy a celebrity in everything besides their “look”. These celebrities strongly influence those young men to the point where teenagers start looking up to the celebrities’ lifestyle and career. They plan their future accordingly and think about how they can achieve what a specific celebrity achieved. Not keeping in mind that it may not be what their parents had in mind for them.

Parents on the other hand also have a major role in their kids’ life. They aim to make their children grow up the right way however way they see fit.

Some teenagers only look up to their parents because they believe that whatever their parents do has to be the right thing and no one else can do it better than them. Thought parents’ ways can be very different from society and other kids around them, it may still be what’s best for their kids. Similarly other parents think that celebrities are a negative influence on kids therefore they ban their kids from watching tv or reading magazines fearing that their young ones may stumble upon a topic or a person who may look very appealing to them that they attempt to copy their looks and slowly become their role model.

The main issue with influence on teenagers is that the moment they are exposed to the world, everything their parents told them is different than what they see. They become witnesses to new forms of lifestyle and meet new people with different interests. Primarily they are exposed to celebrities. This causes the teenagers to look upon the celebrities as whole new characters that are attractive to look at. This isn’t the teenager’s fault because that is just the way kids grow up. They see something that is appealing and they attempt to replicate or emulate it. What parents fear the most is that their kids follow the steps of the wrong celebrity which leads them to take disciplinary action against their kids. 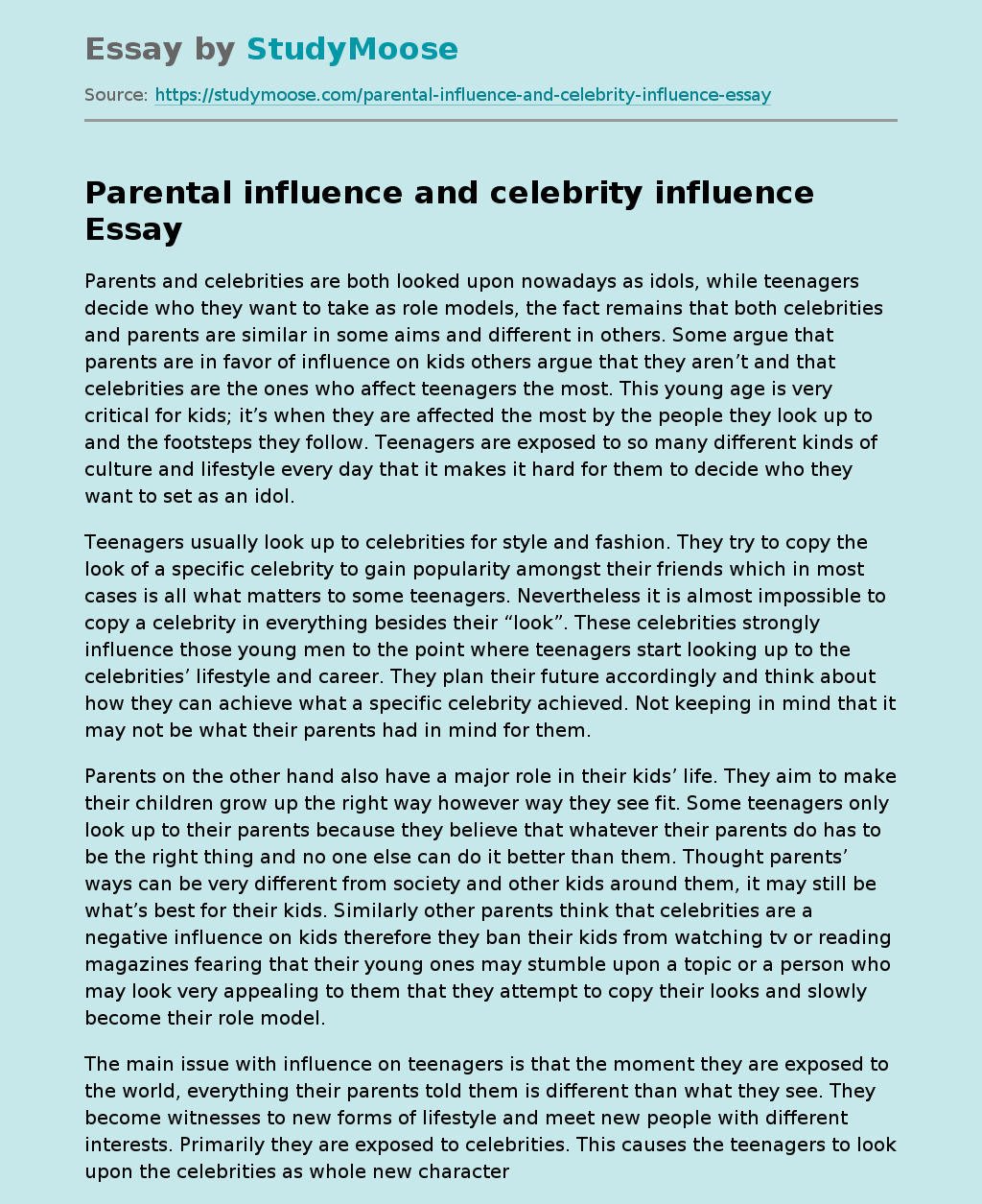