Don't use plagiarized sources. Get your custom essay on
“ Notes: Atmosphere and Married People ”
Get custom paper
NEW! smart matching with writer

He believes that Married People “prefer one another to all the world” and openly flaunt it, thus offending singles such as Lamb by implying that they “are not the object of this preference.” Furthermore, Lamb believes that overall, singles are looked down on Married People are undoubtedly more favored and knowledgeable. The main complaint that Lamb is making throughout the whole essay is the Married People’s attitudes and how they demonstrate their status.

He goes as far as to “the airs which these creatures give themselves when they come to have children “and, by using the negative aspects of children, he furthers his disapproval of Married People and their actions.

He structures his argument by stating his main reason for decrying Married People is because he believes them to be overly involved with each other and their love that they disregard and “perk it up in the faces of [singles] so shamelessly From this claim, Lamb offers personal anecdotes as well as hypothetical situations that illustrate and support his points.

They really do seem to be off in their own little world of love, and this is what Lamb dislikes. Lamb brings up the subject of children and how they also contribute to the Married People’s attitudes. He brings out all the negative aspects of children and emphasizes them by listing them continuously with dashes as separation. He also bring in a simile from “the excellent office in [the] Prayer-book””Like as arrows in the hand of the giant, even so are the young children”and uses it in his favor. He takes this idea of arrows and extends it into a metaphor to support his argument. Like “double-headed” arrows with “two forks, to be sure to hit with one or the other”, how one acts with children will always be wrong; “with one or other of these forks the arrow is sure to hit you.”

Whether you act stoic to a child’s attention or shower them with affection, “some pretext or other is sure to be found for sending them out of the room.” Through this comparison of double-headed arrows and children, Lamb effectively conveys his opinions of Married People and their attitudes that are shown in everything, including the way they handle their children. Lamb’s purpose in writing “A Bachelor’s Complaint of the Behavior of Married People” is to bring to attention the attitudes of Married People.

He wishes for his audience to realize how Married People subconsciously flaunt themselves in their love, offending those who are single. Ultimately, he hopes that Married People will bring themselves to correct their mistakes and be more considerate towards othersHowever, Lamb fails to address any possible counterarguments. His argument addresses only the negative aspects of Married People, but surely there are positive sides as well. By failing to address and disprove these possibilities, Lamb leaves room for doubt

Arthur C. Clarke’s “Talking of Space: Report on Planet Three” is an enlightening report on the universe. It raises questions on the life on Mars and its’ possibilities. The space is both mysterious and also beautiful and essay takes us on a trip to the outer space. The style too is unique. The document is viewed through the eyes of Mars. It gives us a comprehensive and comparative study of Mars and Earth. The description of different features of Earth and Mars is also vivid. This document dates from the Late Uranium Age of the Martian Civilization and thus was originally written a little more than a thousand years before the birth of Jesus Christ. Earth cant’ be viewed from Mars when it is closest to Mars. It is because of its’ position as its’ dark side is turned towards it. Both the earth and the moon have contrasting colours-the moon is silvery white while the earth is sickly green. Besides days on Mars are longer than days on earth.

Martians also feel that more than two-third of the planet earth is covered with liquid called water. Water is a rarity new but it was in abundance thousands of years ago. The atmosphere of earth too is ten times denser than the Martian atmosphere. Earth’s atmosphere contains nitrogen, water vapour and a very reactive element called oxygen. Oxygen is so reactive that it can’t exist in the Free State and combines with iron to form red deserts on Mars. The temperature, too, is higher on Earth as it is closer to the sun than Mars. Thus, the equator is the hottest but the poles are relatively cold. Earth, being larger, exercises a more gravitational force than the Martian atmosphere. This high gravity, thus rules out the possibility of the existence of the larger forms of life. Both Martians and terrestrial creatures do release oxygen during their metabolism. The oxygen in the atmosphere of the earth also helps in the formation of the ozone layer which blocks out the ultra-violet rays of the sun.

However, the ultra-violet rays reach the Martian atmosphere unhindered. Besides, oxygen also helps in the process of burning and such a phenomenon cannot be observed on Mars. Forest fires and volcanoes are non-existent on Mars. Earth’s atmospheric moisture, high gravity and proximity to the sun also cause climatic changes which aren’t present on Mars. It seems that life on Mars would be relatively more comfortable than on earth. Absence of varied geographical forms would help migration there. Besides, the smaller size of the planet and the greater length of the year would make seasonal movements easier. Life, it seems, existed in the ancient Martian seas, just as life existed in our seas.

The presence of a big moon near earth also results in the creation of tidal forces. These forces cause havoc on earth’s waters, thus frequently causing floods. The document, as written from a viewpoint of a Martian-posse the question as how life could exist in such a varied atmosphere. Thus, the Martians find earth to be a mysterious neighbor. The manuscript however, ends abruptly. They say that the use of energy from atomic nucleus would help them learn more about earth. They also suggest robots to study the earth. In short, it is an interesting document with a twist and a surprise in the end. We are told the remaining portion of the manuscript was burnt by a thermo-nuclear blast in the Oasis City. It is however, ironical that the missiles that ended Martian Civilization were launched at the classic moment in human history.

Women in ancient India had enjoyed a remarkable and better state than their descendents in the eighteenth and nineteenth centuries. History tells us
that in those times, women used to possess dynamic powers and personalities and there are several examples of their undaunted courage and mental faculties under most trying times and circumstances. They have ruled over vast empires ably and effectively. Ahilyabai Hooker’s administration of her state was once considered model for India. Besides capable administrators, they were notable poets, scholars, artists and regional leaders. In the 18th and the 19th centuries, however, the condition of Indian womanhood was perhaps at its nadir, i.e. the lowest point. They were subject to social and religious taboos, economic and corporal exploitation and oppressed due to social evils of purdah, sati, and child marriage, female infanticide of foeticide, maltreatment, hunger and malnutrition.

It is rightly said that during that period when India was fighting to free herself from the clutches of British rule the women of India were fighting their own battle to emancipate themselves from wicked customs and social systems. The movement for women’s upliftment was initiated by Brahma Samaj under eminent social reformer Raja Ram Mohan Roy. The isolating and secluding custom of purdah was broken by Brahma women in the 19th century when they moved freely in society. But perceptible changes did not come before the beginning of the twentieth century. It was the genius and farsightedness of Gandhiji which realised the untapped potential in the womanhood of India which he wanted to utilise for the development of rural India. He gave a specific call to women to come forward and openly participate in the non-cooperation movement. Gandhiji himself was not certain about women’s response towards such a movement which demanded sacrifices and physical suffering.

Moreover, after having been isolated behind the ‘purdah’ for centuries they could not be expected to break the shackles so easily. But at that crucial time the Indian women showed such great courage that they left the menfolk behind and took up all types of work connected with the national movement. K.M. Panikkar in his ‘Awakening of Women’ writes that the Indian women had no separate movement for their emancipation. Participating in the national movement, they broke free from social bondages that custom had imposed on them. The equal status of women can be gauged from how the average woman lives in our society. It is believed that male chauvinism and domination is as old as the civilisation itself. Nothing much has changed today so far as the feeling of male dominance is concerned.

Most of the sections of society are conservative and cruel in their attitude towards women and are invariably successful in establishing male superiority almost everywhere. No amount of political sermonizing, legal manipulations and official smokescreen have been able to bring justice, equality and veneration to women No place seems to be safe for them-workplaces, households, hostels, roads and even buses. The newspapers carry news of one or the other wicked act against women almost every day. The last two decades have seen a sea change in the status of women. They have entered every field of activity. . Today, one can find women in every conceivable job.

They are doctors, engineers, scientists, pilots, drivers, conductors, chartered accountants, bank officers, insurance agents, police officers, army officers, film directors, ministers, fashion designers and what not. In army they have shown physical strength and endurance in sub freezing temperatures, heights of hills, deserts and hot tropics. There is no doubt that things have improved a lot in terms of women’s acceptability and recognition as ‘fair sex’ rather than weaker sex. A lot more needs to be done especially in areas where orthodoxy still prevails though in lesser intensity. If one has to conclude one must say that women equality these days is no longer a myth but reality. 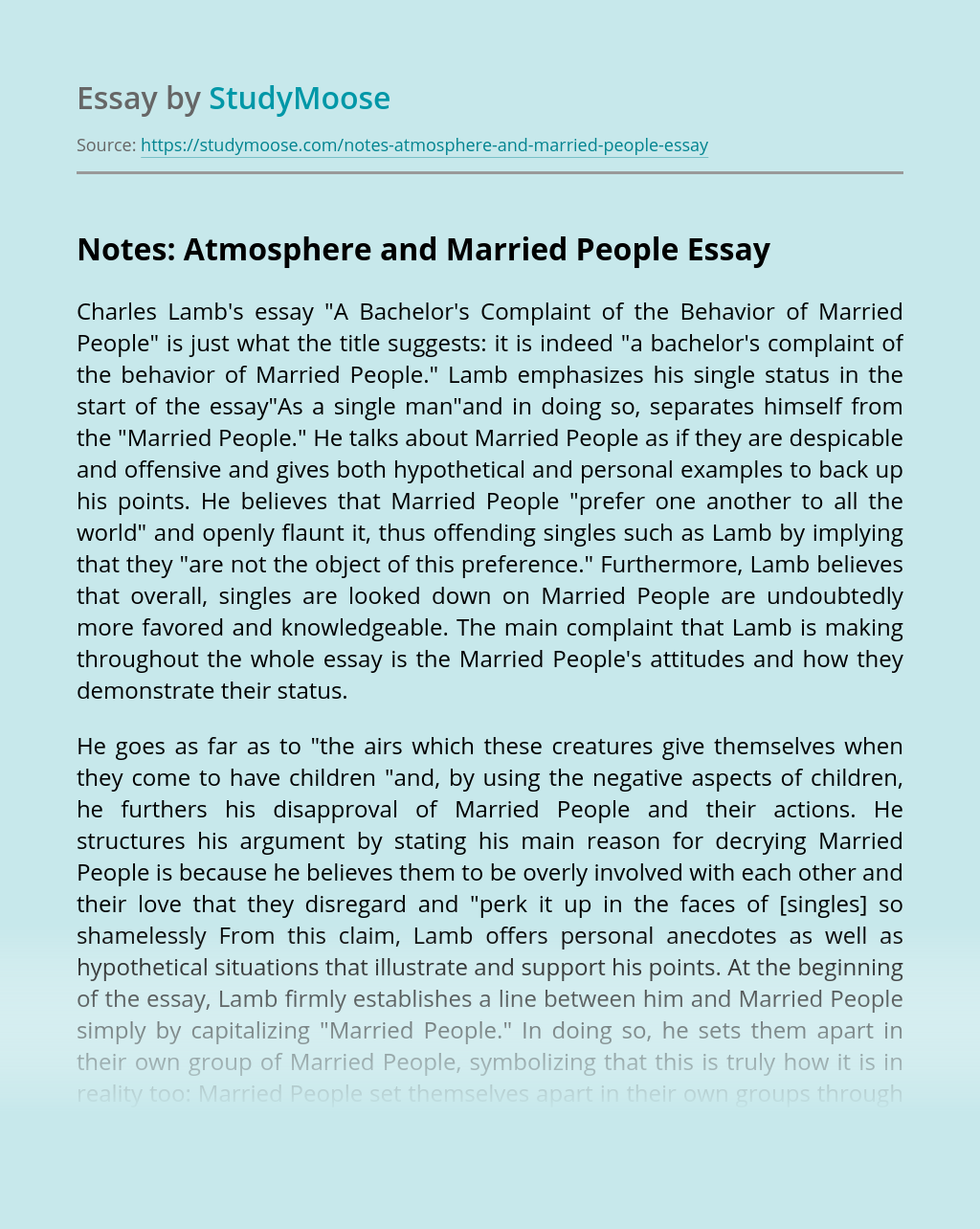