Non Democracy In non-democratic countries people are not participating in political process and they were restricted by central body. The government has absolute powers over its citizens and nobody have a right to freely participate in election, decision making process and so on. The government dominated everything and every activity within the territory of its sovereignty.

Furthermore, the government has an authority to practice some policy to mobilize people for particular purposes like demonstrating against some countries or the activity of opposition parties or to show off that their government is representing their dignity and choices (Allen, 2002).

Don't use plagiarized sources. Get your custom essay on
“ Non-Democratic Countries ”
Get custom paper
NEW! smart matching with writer

But in no democratic regimes people are not self-governing and human rights and individual freedom is under threatened.

The government and leaders are repressing minority groups, opposition parties and create inequality among their citizens. Besides, head of the government has a complete power to make any decision and law. Free media, newspaper and organizational activity are prohibited, also markets and economy is dominated by the government.

But, in non-democratic regimes the government makes disparity among its citizens, maybe support certain people or social class and serve them, simultaneously neglect others.

Alternatively, there is a weak rule of law and doesn’t play a vital role and undermined by the oppressive government. Moreover, the government may pass a law or procedure that doesn’t reflect people’s interest like Kurdistan when parliament passed a law of polygamy without asking people which was not in favor of women (Ahewar, 2008), but they tolerated under the pressure of religious groups. 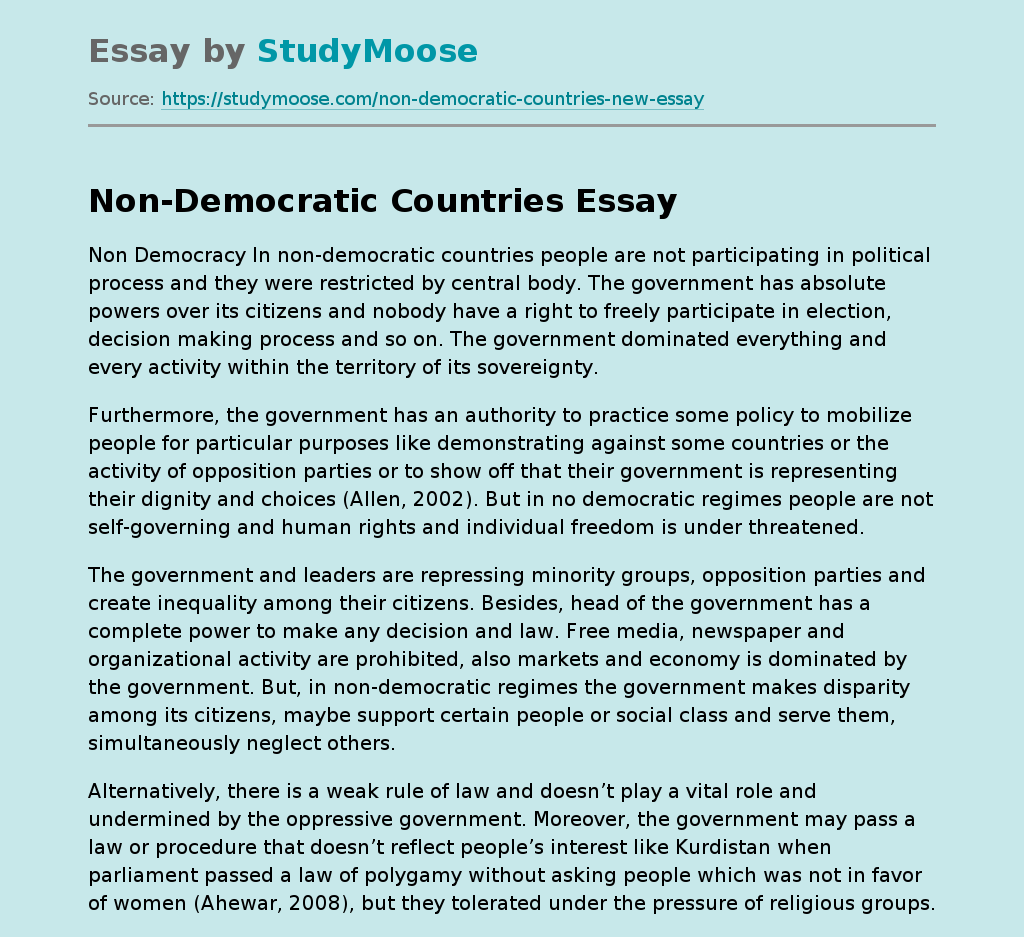