Don't use plagiarized sources. Get your custom essay on
“ Niccolo Machiavelli ”
Get custom paper
NEW! smart matching with writer

The Renaissance was a time of political conflict. Niccolo took part in diplomatic missions through France, Germany, and Italy. In later years, he was forced to retirement of the political business. Machiavelli was known as the “father of modern political theory”.

Niccolo Machiavelli had many political writings. Many of Machiavelli’s writings reflected political issues. He wrote about the world around him and his life in the Renaissance.

He witnessed many changes in the environment and wrote about them.

Because of The Prince, Machiavelli is considered one of the greatest early modern analyzers of the political power.

In 1498, Machiavelli served as a civil servant in Florence. Later in 1512, Machiavelli was imprisoned and the republic failed. Machiavelli had many jobs over his lifetime. He was the head of the second chancery in 1498. Niccolo was also the secretary of council and he studied political tactics. He also studied the strength of a nation with only one prince. In 1509, Machiavelli led a small army to free Pisa. Later in his life, for 5 years he worked as a historiographer.

Niccolo Machiavelli had hard times in his life. He lost his place in politics and very much wanted it back. When he wrote The Prince, he wrote it to try and regain favoritism by Medici. In the end, Medici didn’t agree with what Machiavelli said in The Prince and ended up rejecting Machiavelli’s proposal to have that job back.

Niccolo Machiavelli was a very productive leader. Over all of his tragedies that happened in his life, he still overcame all of it. He worked very hard producing plays that have become very famous over the years. He wrote The Prince, which is a very well populated piece today. Not only did Machiavelli produce plays but he also wrote poems and biographies for people. Many of his quotes that he resighted in The Prince are still remembered today and used greatly. He was also a very significant political leader and went very far in government. 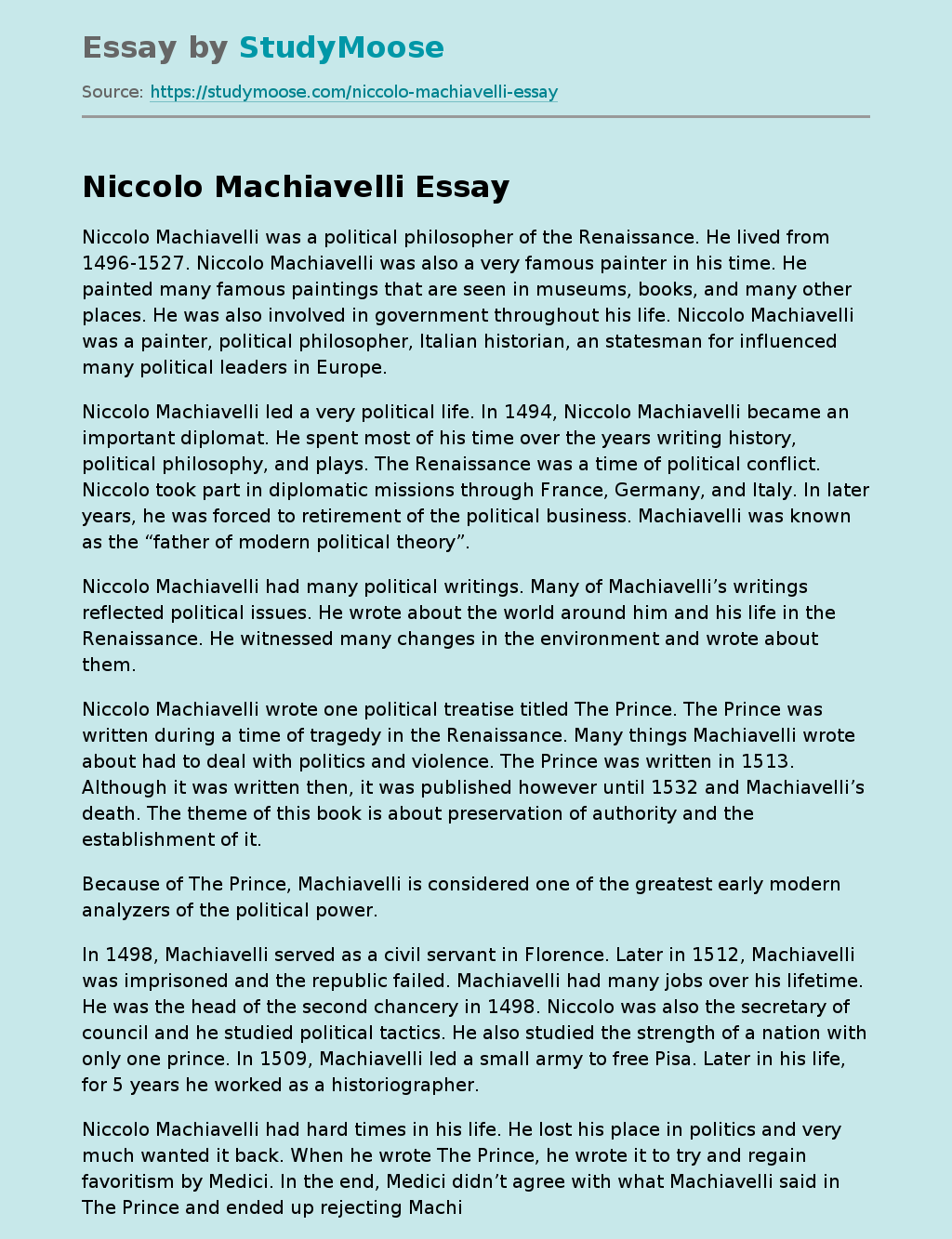