What is natural law?
Natural law is a moral theory which asserts that there is a moral code which applies to all humans and which exists within our nature. This moral code is knowable through human reason by reflecting rationally on our nature and purpose as human beings.
Aristotle quote concerning universal order of things?
Aristotle suggested that there is a universal natural order of things. He wrote ‘The natural is that which everywhere is equally valid… that which is natural is unchangeable, and has the same power everywhere, just as fire burns both here and in Persia.
Don't use plagiarized sources. Get your custom essay on
“ Natural law ”
Get custom paper
NEW! smart matching with writer

Cicero Natural Law Quote
‘True law is right reason in agreement with nature… valid for all nations and all times and there will be one master that is God’
Aristotle’s input bullet points:
1)Everything has a telos, discovered through human reason
2)Efficient/final cause
3)Superior/subordinate aims
4)Eudaimonia
5)Cardinal virtues
Efficient and final cause
Everything has these, the efficient cause is that which brings something to exist and the final cause is its purpose, or telos
Superior and subordinate aims
Humans final cause/superior aim is eudaimonia – to achieve this we set subordinate aims, these are things which help us reach our superior aim.
Get quality help now

+84 relevant experts are online
Hire writer
Eudaimonia
Greek word for ‘Good spirit’ meaning happiness. According to Aristotle this is everyones superior aim. The eudaimon is the man who is truly happy, its not just a passing pleasure – it is the man who orders his life rationally and ethically according to virtue so as to achieve the Good.
Get to Know The Price Estimate For Your Paper
Topic
Number of pages
Email Invalid email

For Aristotle human reason plays a key role in living a moral life. 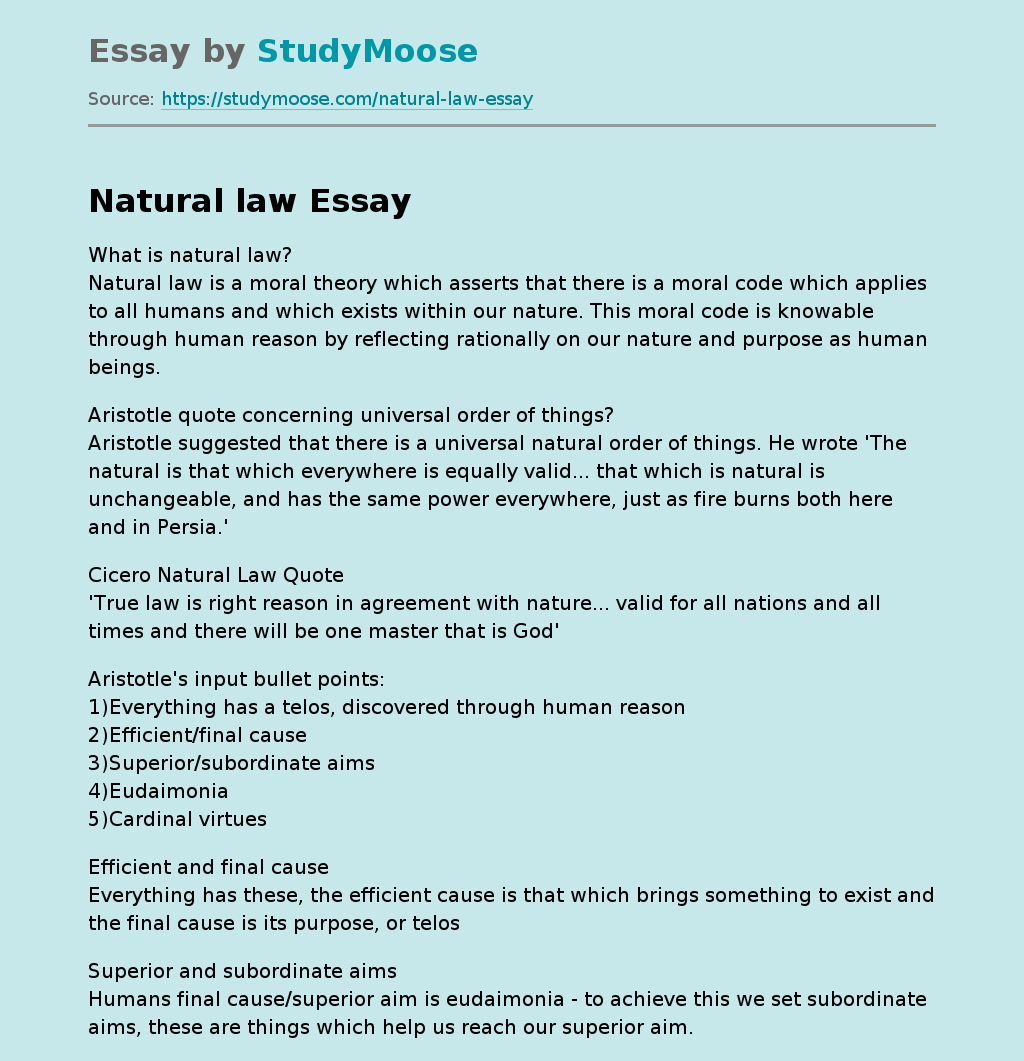