1.1.1. National debt definition and termsOne might think that defining national debt is easy however it turns out to raise some questions concerning the inclusion of the definition. Debt can be divided to two divisions’ private debt and public debt. The private debt refers to debt that is hold by households and businesses within a country while the public debt, or national debt is the sum of the financial obligations incurred by all government bodies of a country (Meakin, 2018). Literately based on COBUILD Advanced English Dictionary, National debt defined by all the money that the government of the country has borrowed and still owes; also based on Collins English Dictionary, National debt nown as public debt defined by the total outstanding borrowings of a nation’s central government.

Don't use plagiarized sources. Get your custom essay on
“ National debt definition and termsOne might think that defining national debt is ”
Get custom paper
NEW! smart matching with writer

Rather many economists defined national debt. National debt or public debt refers to the overall debt that a government owes externally or internally and is a very important element of a county’s financial system (Moffat, 2017).

National debt definition and termsOne might think that defining national debt is. (2019, Aug 20). Retrieved from http://studymoose.com/national-debt-definition-and-termsone-might-think-that-defining-national-debt-is-essay 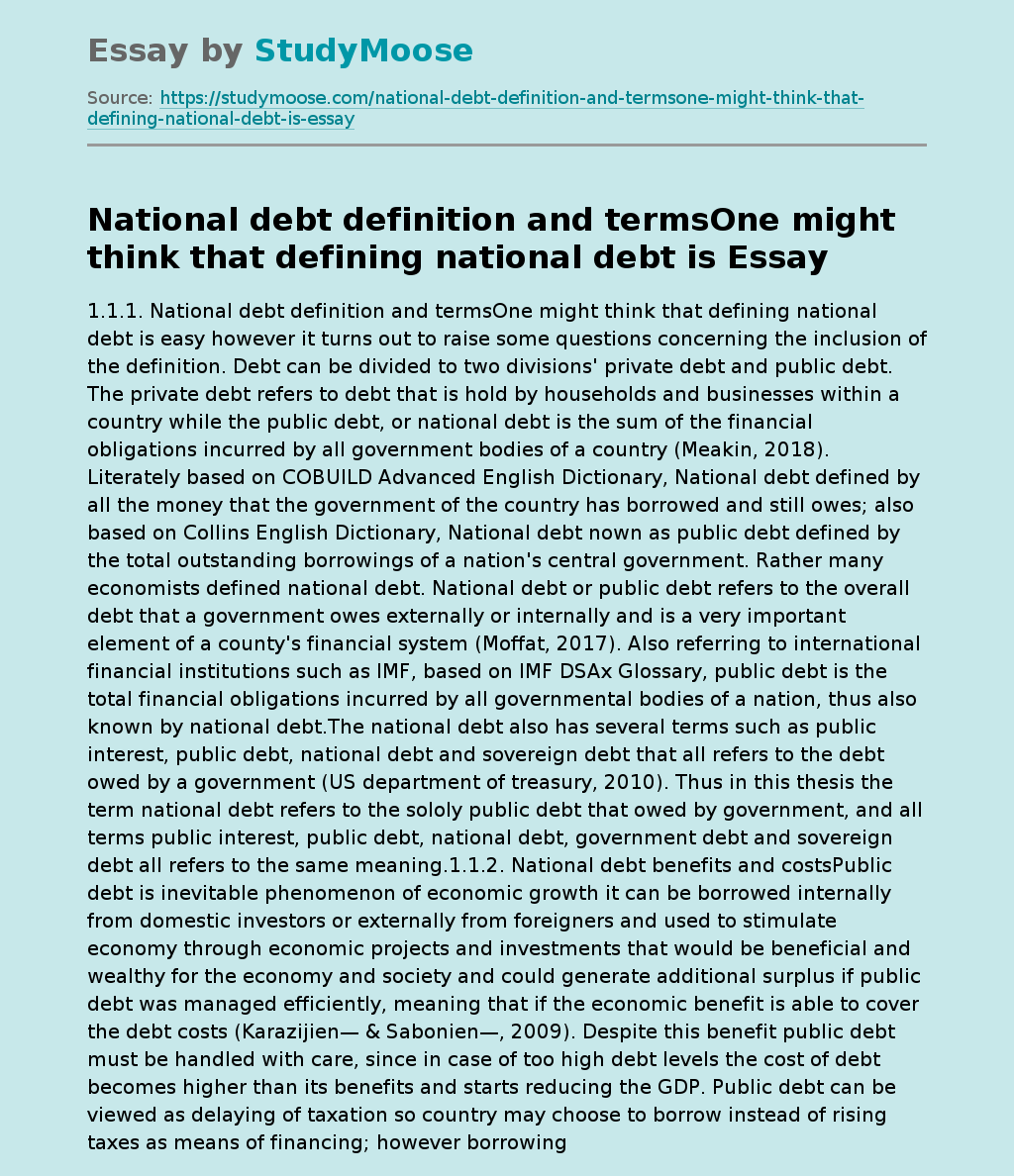