As per the severity index of the National Disaster Management Plan (NDMP) 2012-22 it ranks at 26 among the 145 districts of the country with a scoring key of 19 and categorized as at very high Risk. The index highlight that Peshawar is at the highest level of risk for earthquake and floods. However, a critical analysis of the index calculation reveals some flaws especially in case of cyclone; the risk of which has been categorized as low.

This was proved wrong in August 2014 and April 2015 when very strong winds caused a huge amount of destruction in Peshawar. Moreover, it can be safely argued that Peshawar would have fallen in the category of top three vulnerable districts if human induced hazards like refugees & displaced persons influx, terrorism, fires would have been considered while calculating these risk indices for NDMP. The list of hazards thus confronting the district in general and the city in specific is a diverse and alarming one. The hazards prioritized are floods, earthquake, cyclones/ strong winds/ windstorms, urban flooding, epidemics, fires, terrorist attacks. 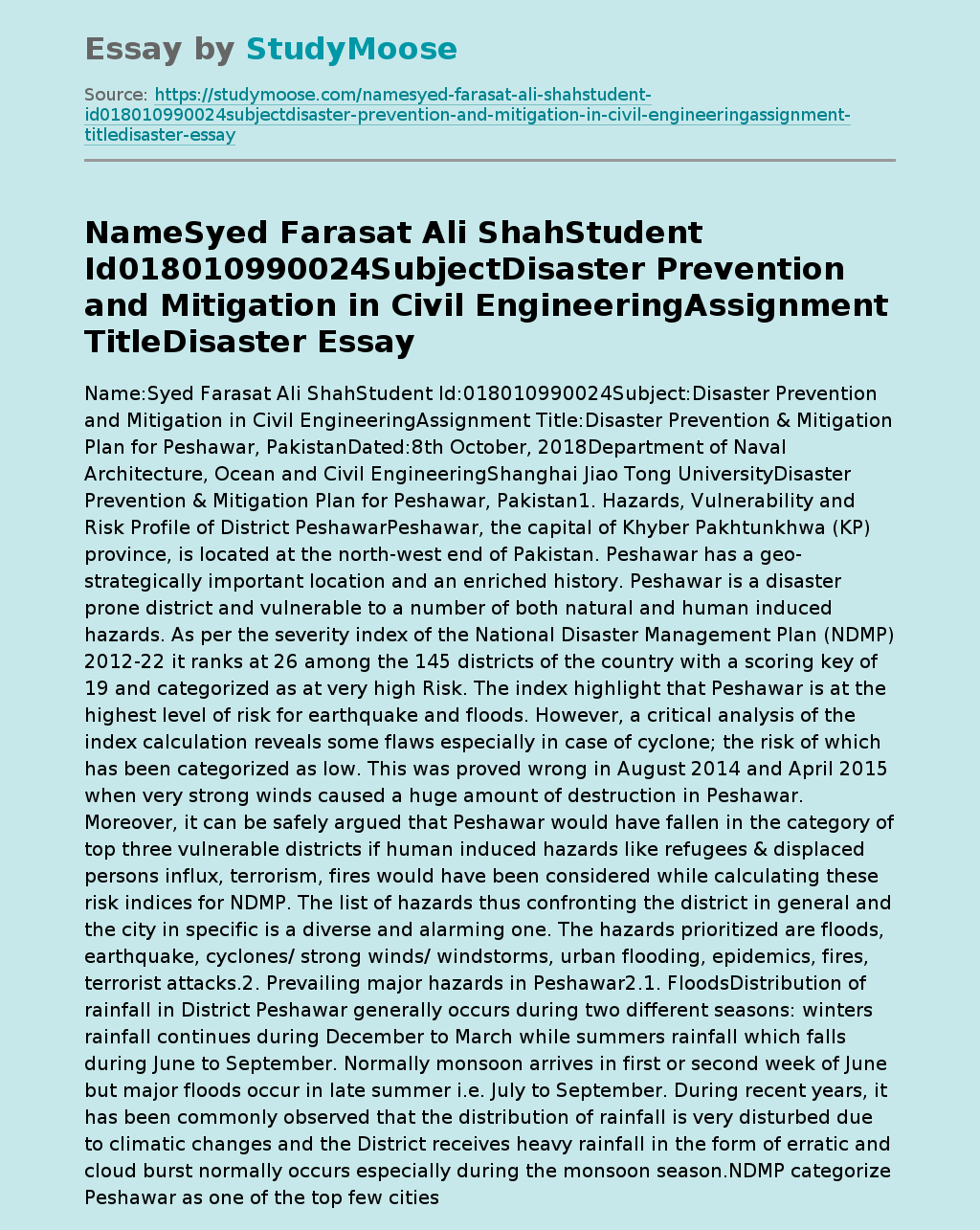