The cornamuse looks like a long stick with holes in it.

Don't use plagiarized sources. Get your custom essay on
“ Musical Instruments of Medieval and Renaissance Period ”
Get custom paper
NEW! smart matching with writer

It sounds like it’s soft and calm. It is played by plucking the strings. It wasn’t used in a particular type of music. Describe the instrument.

What does it look like? What does it sound like? It has a long tail, fretted finger board (like the modern guitar), a flat back, sloping shoulders, and deep sides with reinforcing crossbars inside. A carved head often adorns the top of the instrument. The viol has the shape of a dismembered female body. How is the instrument played? Was it used in particular types of music? All viols are played while seated, with the instrument held on or between the knees.

(There is no support, or peg, on which to rest the instrument as is the case with the modern cello.

The viol bow is held in an underhanded position with the finger controlling the tension of the horse hair. Listen to the sound clip for each instrument. Which instrument’s sound do you like the best? Why? How would you describe the sound? (For example, it is a warm or cool tone? What color does the sound remind you of? Does the instrument sound like anything in nature or another instrument? Etc. ) Write at least two paragraphs comparing and contrasting the instruments of the Middle Ages and the Renaissance to those commonly used today? 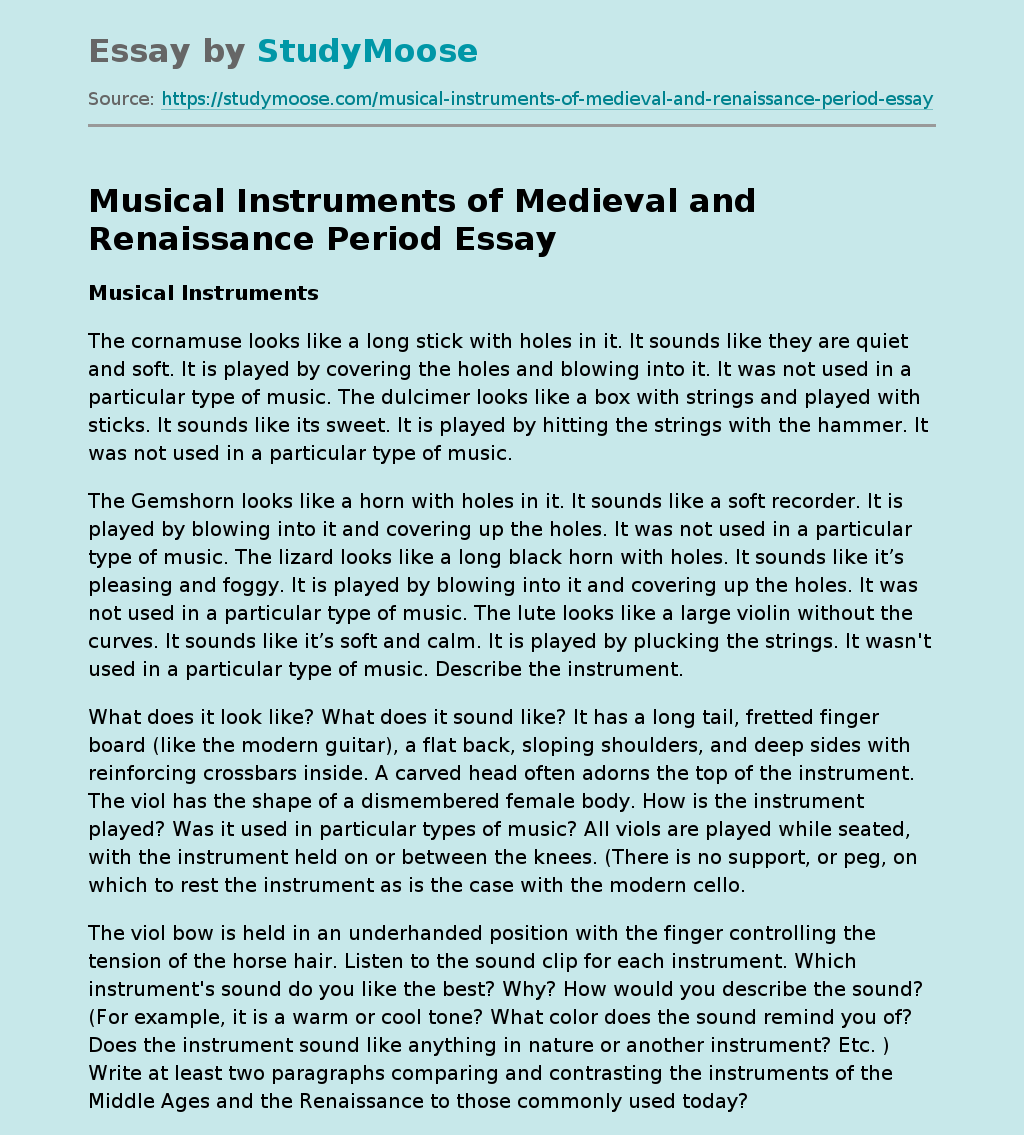