The opening of Beethoven’s Fifth Symphony is probably both the briefest and the best known theme in all of music.
a. True
In his art song, “Erlkonig,” Schubert uses a repetitive rhythmic figure at the beginning to capture the constant forward movement of the pair on horseback and the sound of the hooves racing against time.
a. True
At the beginning of his career as a composer, Berlioz’s music was:
c. not understood.
Perhaps the single most remarkable aspect of music in the twentieth century is that for the first time:
d. listeners could hear music when and where they wanted to hear it.
Schoenberg searched for a new system of organizing music, and came up with a brand new concept of the 12-tone system.
a. True
A new spirit known as ___________ took hold in all of the arts and represented an abolishment of tradition and a quest for novelty.
c. modernism
At the end of “Erlkonig “:
d. the boy is seized by the Erlkonig and dies in the father’s arms just as they arrive at the doctor’s house.
Get quality help now
Sweet V

+84 relevant experts are online
Hire writer
Union: Concert Paraphrase on National Airs was a piano work composed by Louis Moreau Gottschalk which contained the following patriotic tunes:
a. “The Star Spangled Banner,” “Hail, Columbia,” and “Yankee Doodle”
Charles Ives once stated:
c. “beauty in music is too often confused with something that lets the ear lie back in an easy chair.”
Ragtime music:
a. was dance music., b. became immensely popular with the young people.
Get to Know The Price Estimate For Your Paper
Topic
Number of pages
Email Invalid email 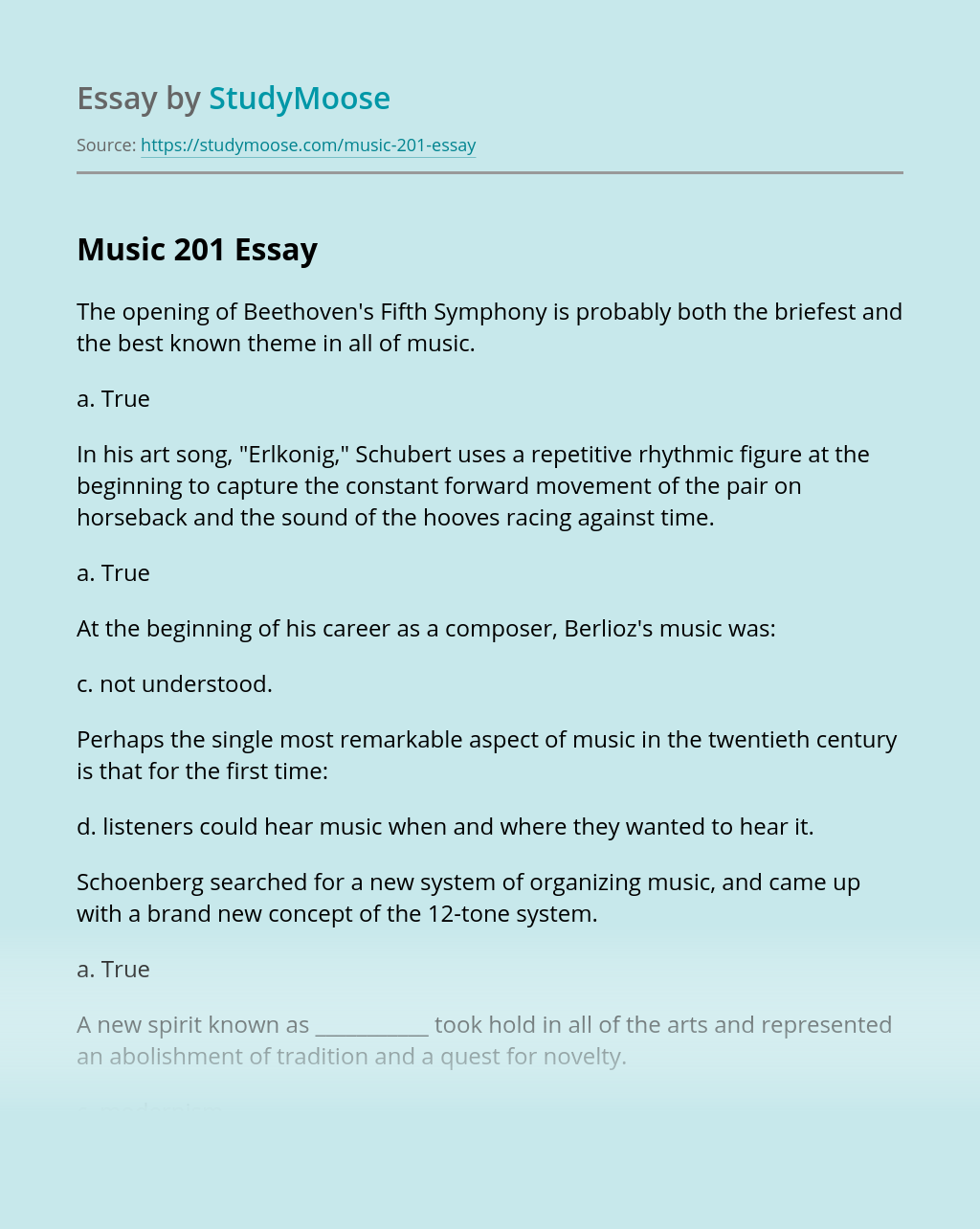