The most effective technique that we use is to be clear and make a sound argument. The argument has to have no holes in it because if it does have holes in the case than it would be torn down by the opposing side.

Don't use plagiarized sources. Get your custom essay on
“ Mock Trial Techniques of Persuasion ”
Get custom paper
NEW! smart matching with writer

As an opponent it is their job to tear down the opposing team’s argument. If an argument is torn down than the audience and the judge would be more inclined to believe the new argument that is given.

Another argument that is used is to be clear and not have any doubt in what one is saying. To be more specific, the argument that is the easiest to understand will be believed over a complicated argument.

For example if the Defense is able to concede to the point that, yes the defendant did have the motive but another suspect had a larger motive than it makes the Defense’s case stronger. The Prosecution cannot do this most of the time because the Prosecution’s case has to be stable.

The final technique that we use is when we make a comparison to something that every person would know.

For example last year, as the Defense, we compared the Prosecution’s case should be like a stable solid brick wall. But that their case should not be like the unstable wall that it is. It was an effective analogy because the assault weapon in the case was a brick. With the analogue we effectively connected our comparison to the case itself. 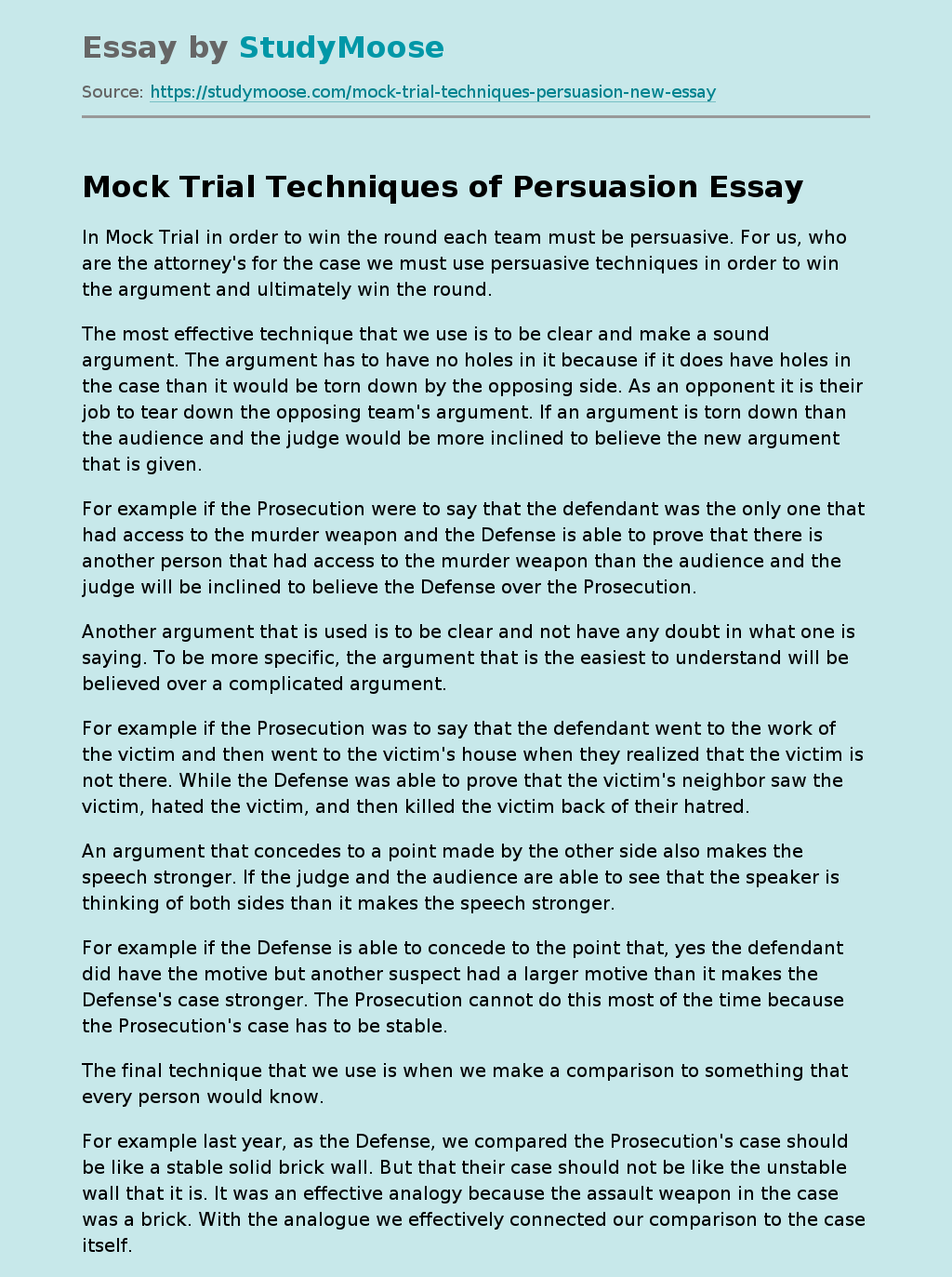