Born in Riverside, California, Susan Straight became an award winning regional author. Straight came from a simple beginning, a diverse family and no friends who were writers. Straight wrote her first story at the age of sixteen and wrote sports articles in junior high. As a junior in high school, she began writing short stories again. Straight does like to travel, but enjoys returning home as well. Straight makes no error in advocating the use of writing workshops, so that writers have the opportunity to expand their talent.

Don't use plagiarized sources. Get your custom essay on
“ Mines by Susan Straight Author Report ”
Get custom paper
NEW! smart matching with writer

Straight has been published in various national publications, covered novels for young readers as well and even a children’s book. Straight has received several literary awards for her work and is now a Professor at the University of California. Her short story “Mines” was included in Best American Short Stories, 2003. The Golden Gopher, another of Straights short stories, received the 2008 Edgar Allan Poe Award. Straights last three novels are Highwire Moon (2001), A Million Nightingales (2006) and Take One Candle Light a Room (2010).

“Mines” is a story about a mother who’s also a corrections officer, trying to keep her children from becoming part of the uneducated youth prison culture. Clarette is a strong, self-sacrificing woman. She has no personal life, due to her distant husband; in essence, she is a single mother.

Clarette has conflict with her husband, who seems to be fine with their children growing up to be what society expects. Clarette is trying as best she can to expand their options in their lives. Her job at the Youth Authority takes a physical and emotional toll on her.

Because of the job’s nature, Clarette sees the delinquency of the youth, grasping why she should keep going and giving her children an alternative future. She sees the “wards,” as “fools.” Just as that they are misguided and immature. Her determination is proven after the fight at the Youth Authority, where she gets up and spits on the spot she was assaulted, returning to work. Nothing is easy for her, but she just won’t give up.

I sincerely enjoyed reading “Mines.” At first I just thought it was going to be  about her job, this was just fine with me. Even though her job does play into the story, it is not just about that. Straights descriptions of the scenery, characters, emotions and social influences were beautifully done. Even upon the first reading I indentified with Clarette, since I am also a single mother and did work for a while as a corrections officer myself. It made me recall all the wasted lives I encountered on a daily basis and that some of them acted like it was no big deal. Although these were grown men, it seems like it is now just something that is socially accepted. The short story was a very easy read for me and one that I read several times with no effort. I felt that she was a decent human being, caring, loving and rational. She, like most mothers, put her children before herself, giving up some of her life and that made her more human to me. I felt sorrow when she is injured in the fight at her job and pride when she spat on the cement before she goes back inside. I also felt satisfaction, when she opened the classifieds to look for the upright.

There are three main points that I would like to cover, in the interview that I  chose on Susan Straight. The title is simply, “Birnbaum v. Susan Straight.”

All of her fiction has been about how people from places like Louisiana, Oklahoma, Mississippi, Canada and Switzerland have come to a place like Riverside, California. Since her fiction is regional, it helps us understand better just one part of our country, instead of trying to be so broad that we lose some things in detail. Susan travels to the places in her writings, to get the back-story, making sure that all is accurate and it appears that she enjoys it a lot. When Susan committed to writing A Million Nightingales, she states, “I spent five years and I read about a hundred books and historical documents and went to Louisiana twice with my neighbor, who is from east Texas” (5).

She uses things that are in court documents to help with historical information as well. For example, slaves were never taught to read or write, also they were never taught to read or write, also they were considered property. So for her, court documents are the way to go. “I read a lot of court documents and I have to tell you I read things like estate sale documents from 1797…On the right  side of the document is listed the human property that’s being sold and on the left the physical property and it goes on for several pages. On the right hand side you have all the slaves and the slaves only had first names. They couldn’t have last names” (6). Susan also states, “The way I know about my family by marriage-slave ancestry-is only through all the stories everyone tells” (6). It is amazing how she researches so much and incorporates that to make sure the story is correct. That does give the reader a more true understanding on what is going on in the setting, time period and characters minds.

It does appear that she does also keep up with the social and political aspects of the time. Speaking about expectations set by society of her daughters and government mistreatment in response after a natural disaster, due to ethnicity. Susan speaks of the hurricane that destroyed New Orleans, “New Orleans was 70 percent African-American and it becomes much easier for the federal government-in my community, in the black community, this is common knowledge, people say, ‘Of course they don’t want to rebuild New Orleans.’ I think what people in Louisiana feel, not just in New Orleans but outside the city as well, especially south and in St. Bernard Parish, is that rejection you feel when the federal government says, ‘Well I don’t know if it’s really worth it.’ Of course, if it’s your birthplace, you want to feel as if you are worth it” (10). Leading me to realize that there is still racial discrimination, even now, in politics as well as society.

Susan’s daughters are described as readers of literature, diverse in the music that they enjoy and just like any other fine young lady. Susan is quoted speaking of her daughters as “really smart besides being beautiful, and that’s frightening. It’s frightening because a lot of times people still expect them to be dumb or want them to be dumb. Because they are beautiful light-skinned black women” (4). “There are no pure races,” states Susan, which does make you think (4). Susan does give supporting information to prove her quote, simply by reminding the reader of Louisiana in the late 1700s. “You had Swiss mercenary soldiers who had their own laws and rules. French settlers, French-Canadian trappers who didn’t

even speak the same French as the French settlers. African slaves from seven, eight, nine different nations who spoke Congo, Bambara. And then you had German settlers. And then Native Americans who had their own distinct languages…And the truth is, if there is English and if there is French, if there is African it all melds to become this Creole language-what is it then, and what are we then?” (7).

While a student at the University of Massachusetts, Susan did study with James Baldwin. Mr. Baldwin is known for his activism, in the civil rights movement, as well as his writing on African American life in the United States. When Susan got to the University of Massachusetts, she had been “a sportswriter and editor, and I’d only been writing fiction for a year.” Mr. Baldwin would assist Susan with her stories, helping develop characters that she thought were minor and had her think on a larger scale. Susan says that Mr. Baldwin “was immensely helpful the way he taught me to think about these larger questions…” Susan was unsure that Mr. Baldwin knew what he was talking about, but came to realize “he was right.” Susan also credits Jay Neugeboren, a professor “for years” at the University of Massachusetts, as the person “who really taught me to line-edit. He taught me to go through my work and make it as perfect as it could be” (15, 16). 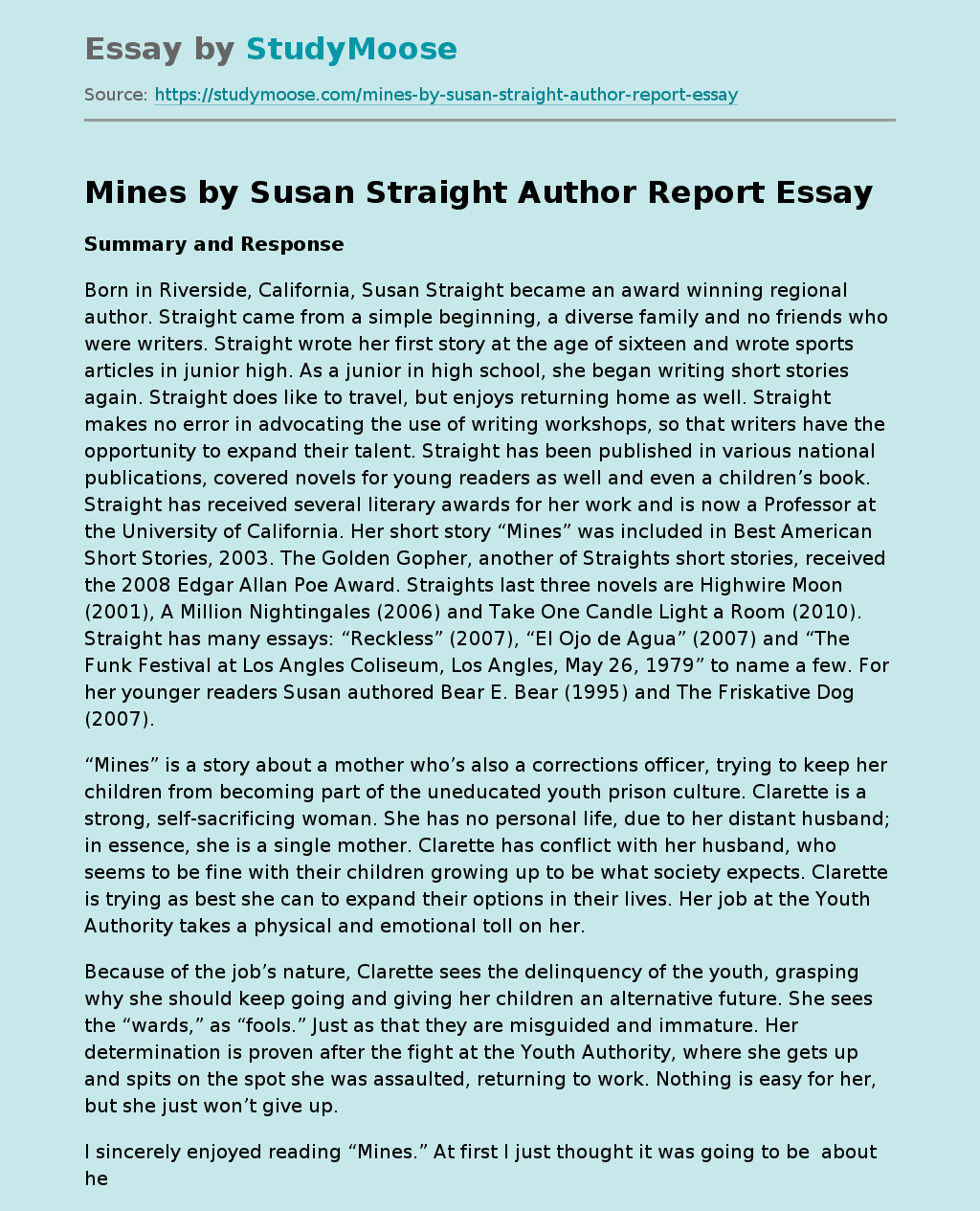