Prices range anywhere between $9.99 to, 149.99. You can get it separate or together. This relates to the learning process of Microsoft PowerPoint, which we have been doing in this class for a few weeks now. This also involves the toolbar which, we have been tested on. Overall we haven’t learned about creative cloud yet but future classes may even use it. I think that this is really cool. This will not only save people time but, it will expand the range of use on PowerPoint and Word.

In 2009 Facebook released the like button. This made people desperate and anxious for likes. This is proof that coding does shape our lives.

Now there are codes like HTML, companies can now also see whether or not you have checked your mail. Computer technology goes way back though, binary punch cards came out in 1725, then in 1948 the first code was completed on a computer. In 1952 Grace Hopper made it so that words could be processed in computers. In 1961 the first video game, Space Wars was released on computers.

The biggest thing computers have done though is, send a man to the moon. Apollo 11’s lunar module was designed to not run out of space so that the space shuttle could still function.

Back in quarter one we went over coding briefly, we also learned about the history of computers. Even though we didn’t go over binary cards, they are still a part of computer history. And the video we watched in class went over how to code, along with the assignment so, this article fits this class. 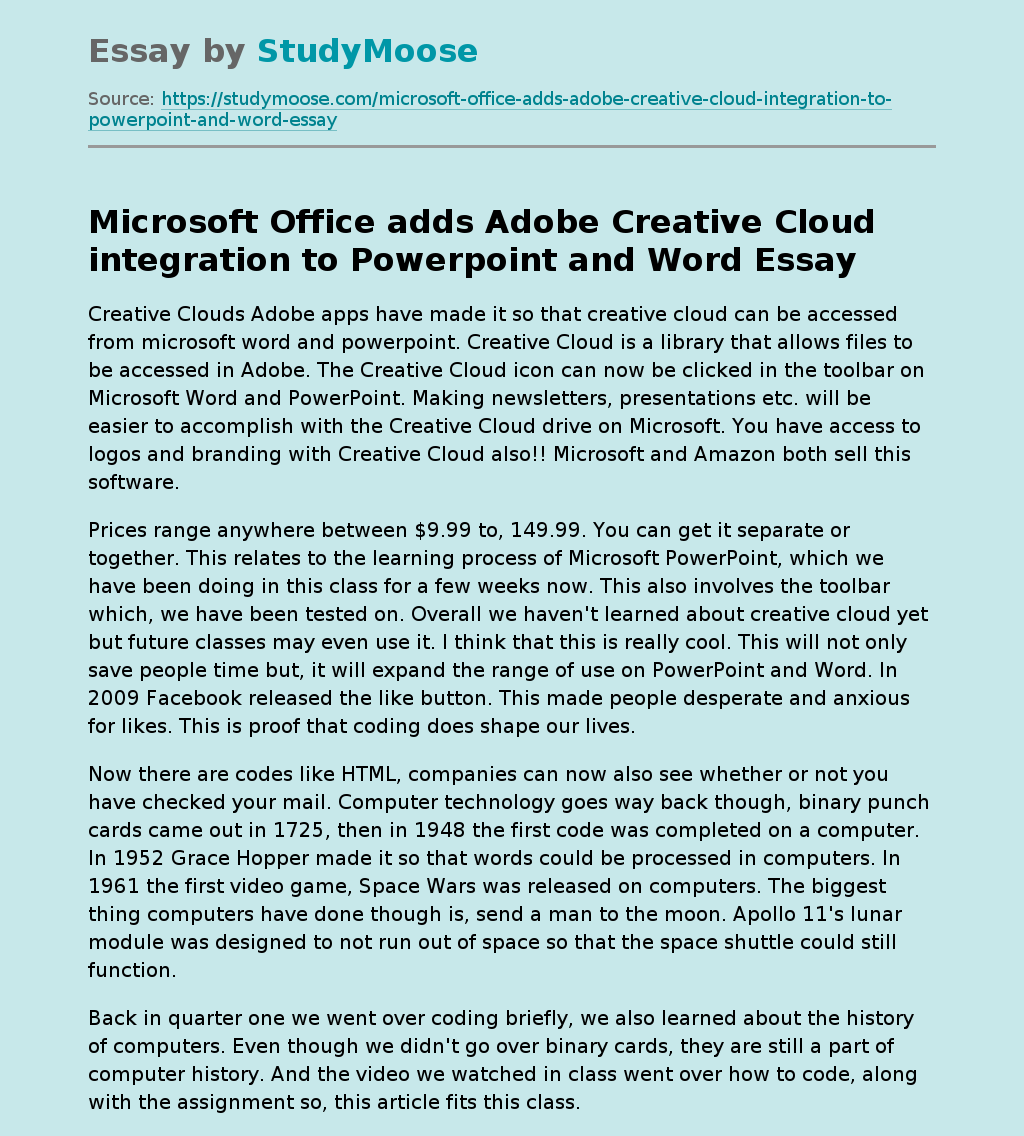