Among the various methods of studying human behavior such as naturalistic observation, survey research, correlation research, and experimental method, survey research method is the most appropriate method that can be used to investigate the relationship between violence and alcohol use. Survey research method offers best alternative for the study because it can easily study relationship between violence and alcohol use by easily determining the target population that shall participate in the survey.

Moreover, survey research method facilitates collection of data regarding violence and alcohol use behavior (Dube et al, 2001) by use of interviews or questionnaires among the selected survey sample.

Turn in your highest-quality paper
Get a qualified writer to help you with
“ Methods of Studying Human Behavior ”
Get high-quality paper
NEW! AI matching with writer

As a result of obtained information the from survey method, it is easy to draw conclusion regarding alcoholism and violence because survey usually targets similar responses from selected respondents on their take on the research topic. However, precaution should be taken so that carefully categorization of participants to ascertain the accurate and credible results.

In other words, to assure validity of the data obtained, participants should have some observable similarity when using survey method.

Moreover, results obtained heavily depend on the respondents’ ability to tell the truth and respond honestly. Therefore, if respondents are dishonest, then the result shall be misleading. In other words, survey method requires full self report from the selected sample. In this case of using survey methodology in studying the relationship between alcohol use and violence, ethical considerations are of essence.

One such consideration regards, consent form the respondent that he/she is of opinion that will voluntarily share needed information being requested.

More critical on ethical considerations, regards the nature of questions asked to respondents in the sense that if the questions asked are embarrassing nature, the respondent may not be in position to respond honestly (James, 1890). For example, young couple may find it embarrassing to answer questions related to their suffering in marriages unlike the old couples who may be open enough to share. Q2.

This is because behavior tendency to be repeated is determined by either positive or negative consequences. For example, working hard in college secure one with good skills for job execution which is a positive consequence, but failing results to low skills and low chances of good job then it becomes a negative consequence to performance behavior. An example from personal life is that of alcohol abuse that was coupled by legal charges. This behavior resulted to negative reinforcement in terms of charges, fines and detainment.

In a holistic view, these negative consequences did not mean something bad to mean as I learnt later. On my part and encounter the fines, charges and detainment was the beginning of the new life in terms of positive reinforcement of sobriety that was impossible to attain without couple of negative reinforcements. Though the situation was an integrative scenario in terms of negative and positive reinforcement, ethical consideration needed at this moment is the utilization of common sense. Q3. Which theory of psychological thought: Theories of Psychology

Psychology as a scientific disciple that seeks to study, understands, and explains human behavior, for me theory of behavioral Psychology or school of thought for Behaviorism proves to be the most appropriate theory for understanding psychology. Behaviorism states that all behaviors are shaped based on the consequences encountered as a result of the behavior or experiences (Skinner, 1948/1986). For example, when you meet a friend and you smile at him or her and she smiles back at you, this may encourage smiling behavior at friends. But when you smile and friend ignores you, then the behavior is likely to be discouraged.

Therefore, consequences that facilitate to shape behaviors are either favorable or unfavorable, but it depend how we perceive and view consequences and experiences. This behaviorism theory is a crucial as a center stage for understanding behavior change in the sense that when practice good habits it leads to lifestyle changes and we are able to live positively. For example, practiced and lived life free from alcohol abuse. Thus, the theory helps my deeper understanding of need for practicing changes from changed lifestyles, we adopt new desirable behaviors. Therefore, I firmly assert that I am what I do.

However, although behavioral theory is my preferred theory, environmental issues plays a big role in the acquisition of behavior. For example, social settings, nature of friends and our role models matters. Additionally, it is a point of worth to note the Cognitive Psychology theory remains crucial because informs of internal aspects of human behavior based on consequences of past experiences. Q4. Psychological disorders and their treatment: Anxiety disorders Statistically, over 20 million patients are reported to be affected by anxiety disorders in America.

Based on this number of persons that are affected by the anxiety disorder, there is need to pay close attention to the disorder. There are numerous types of anxiety disorders such as Post Traumatic Stress Disorder (PTSD), Social Phobia, and Panic disorder which are related to stress (David, 2008). In a position of a counselor, I would use the following symptoms to diagnose anxiety disorder as follows: panic disorder patient exhibits hot flashes, racing heartbeat, fears of being death or crazy, nausea and terror.

Panic disorder is best treated by a combination of psychological, physical and physiological treatment. Secondly, social phobia anxiety disorder will comprise of symptoms such as confusion, blushing, diarrhea and palpitations which are all physical symptoms. Social phobia can be treated best by behavior and social changes along side use of medication and therapy. The third disorder PTSD is accompanied by symptoms such as avoidance behavior, Hypersensitivity such as sleep, anxious, Re-experiencing an event, Loss of interest in surroundings. 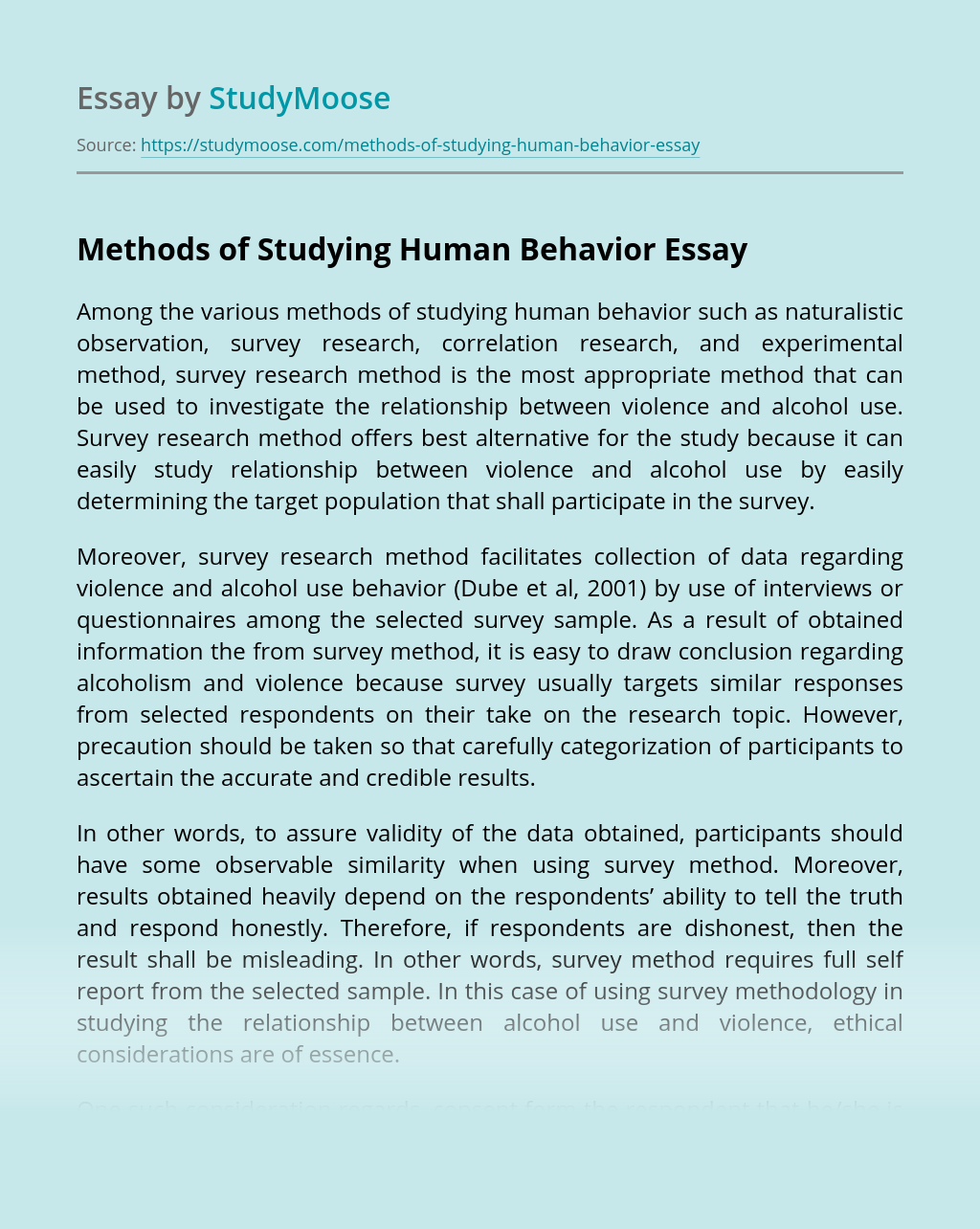 Turn in your highest-quality paper
Get a qualified writer to help you with
“ Methods of Studying Human Behavior ”
Get high-quality paper
Helping students since 2015
Stay Safe, Stay Original