Mercantilism suggested that a country’s goverment should play an active role in the economy by urging more exports than imports, especially through the use of tariffs. A nations wealth, when it comes to mercantilism lays in its gold and silver amounts. Many physiocrats of the time opposed mercantilism because they saw it as exploition of business. The government collected substantial fees from guilds, and other groups. Therefore using them for their own profit. The government also restricted economic innovation, and regulated which goods would be made and what regions are to be traded with.

Don't use plagiarized sources.
Get Your Custom Essay on Mercantilism vs. Laissez-faire Just from $13,9/Page

This brought out many critics in the aristocratic classes. One of mercantilisms greatest critics was Adam Smith.

” The man who buys, does not always mean to sell again, but frequently to use or to consume; whereas he who sells, always means to buy again.” (Adam Smith, An Inquiry Into the Nature and Causes of the Wealth of Nations)

This basically means that in order to sell, you must regain what you’ve sold, and will sell again, but those who buy will use what they’ve bought.

Adam Smith had “laissez-faire” ideology which meant that an individuals self-interest is the motor of economic progress. He believed each individual should be free to pursue their economic interests freely, without restriction by the government, which he believed should not concern itself with economic affairs.

High tariffs, guild restrictions, and mercantilist restraints just obstructed economic activity. Physiocrats who advocated Laissez-faire ideology also believed that agriculture is the sole productive economic activity and encouraged the improvement of cultivation. Because they considered land to be the sole source of wealth, they urged the adoption of a tax on land as the only economically justifiable tax.

So essentially “Laissez-faire” and mercantilist are completely opposite in the sense that mercantilism is for the government, for restriction and monarchial control, and Laissez-faire is for the individual, the consumer, the masses, the good of the country. 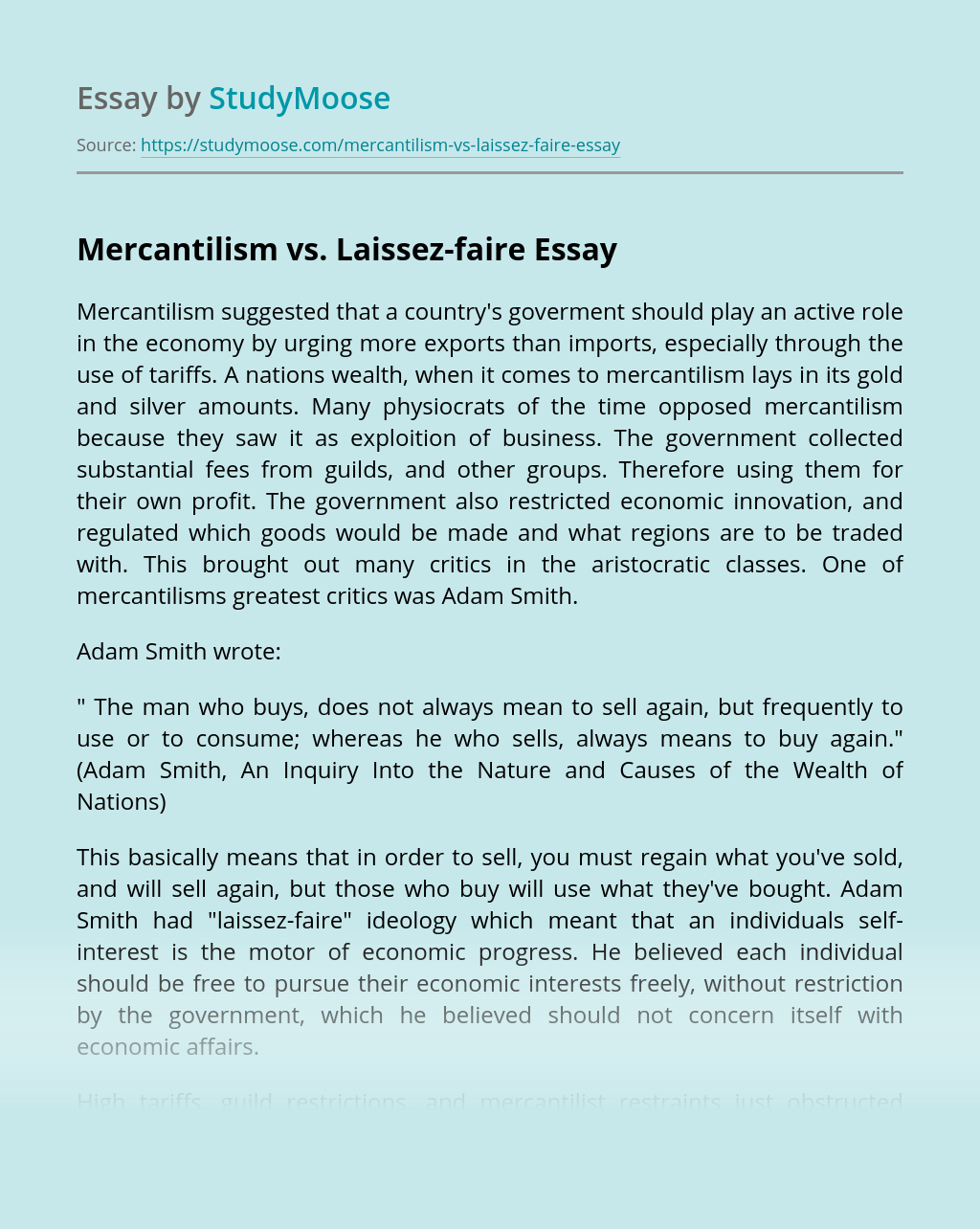