1. How does Pontiac understand the meaning of freedom?
In his notion freedom meant getting rid of the English who had conquered the French and had gained more control over the Indians lands than ever. He believed they had to fight the English and pushed them out of their ancestors lands. As he said “Although you have conquered the French, you have not yet conquered us! We are not your slaves. These lake, these woods and mountains, were left to us by our ancestors.

Don't use plagiarized sources.
Get Your Custom Essay on Meaning of life – United Kingdom Just from $13,9/Page

They are our inheritance; and we will part with them to none.

2. What elements of Indian life does Neolin criticize most strongly? He criticized Pontiac for using European technology, doing fur trade with the Whites, using their cloths and consuming alcohol instead of fighting against the English which he called them “the dogs who dressed red” and surrendering himself to them. He argued that he (Pontiac) should clothe himself in skins and use the bows and arrows and his tradition to fight back against their enemies.

3. How does this document relate to and inform the related part of the Chapter in the main text?

This document discusses on how Pontiac started his journey to meet with Delaware religious prophet Neolin and on how Neolin guided Pontiac on how he should fight back in opposed to the English by getting back to his tradition that he inherited from his ancestors. 4. What impact did the primary source had on your understanding and beliefs? It was very interesting to see how much Indians cared about spiritual beliefs and how strong their viewpoint were when it comes to their traditional faith. Even though, the English had believed they were faithless and savages, but the truth was they were full of spiritual thoughts. 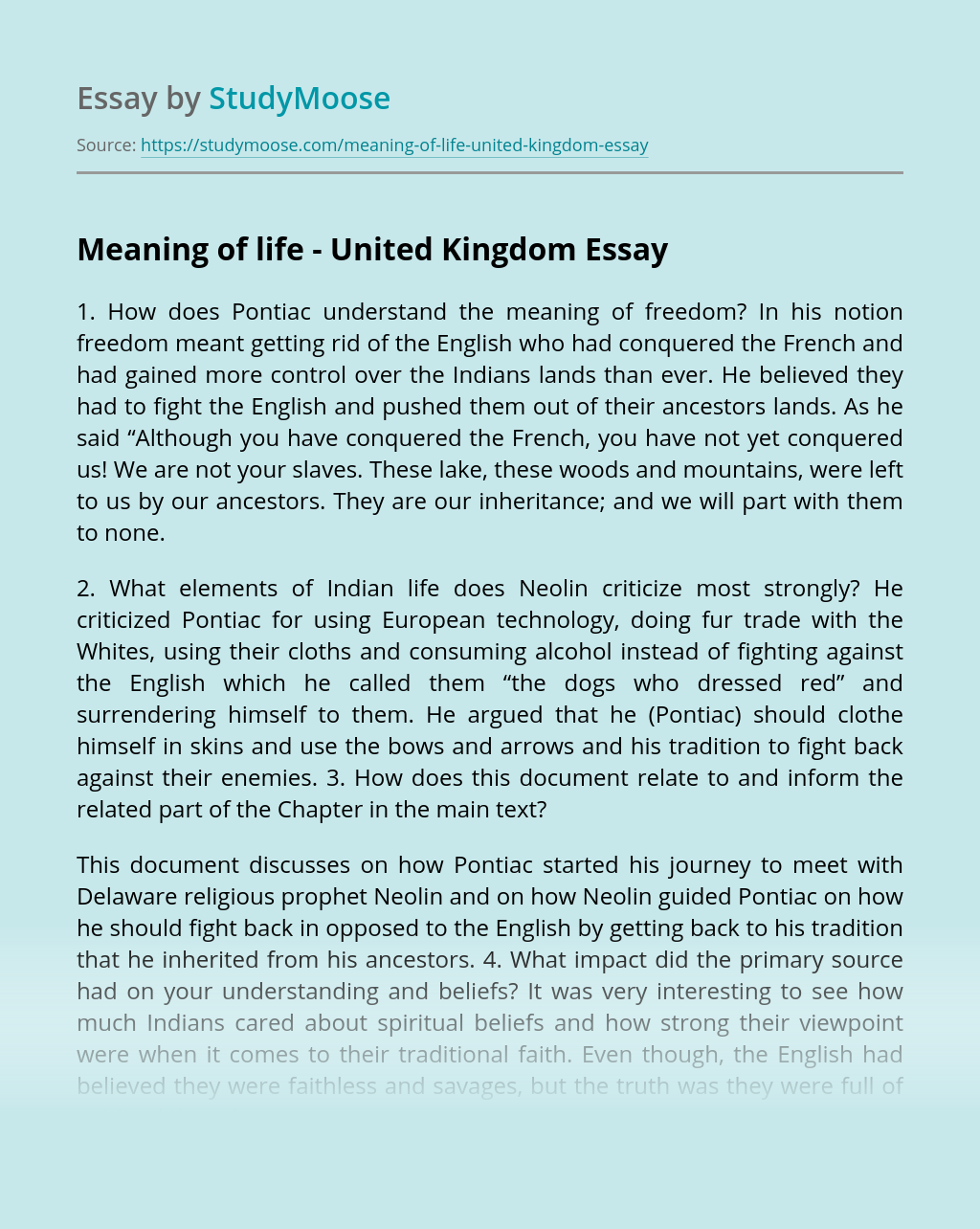