1. At what point does marriage give a spouse the right to enter the property of his or her marriage partner? According to the information given in the early discussion, it clearly states that a spouse cannot be committed of burglary if the spouses are still legally married. This does not include legal separations or divorces. Also, the other must allow the entrée of the spouse. While the offense [of burglary] is not committed by one who breaks and enters his own dwelling or other building, it has, however, also been held that the mere existence of the marriage relationship does not preclude the one spouse from committing burglary against the other spouse.

Don't use plagiarized sources. Get your custom essay on
“ Marriage Partner ”
Get custom paper
NEW! smart matching with writer

Burglary, like trespass, is an offense against the possession, and hence the test for the purpose of determining in whom the ownership of the premises should be laid in an indictment is not the title, but the occupancy or possession at the time the offense was committed. A person “enters or remains unlawfully” in or upon premises when he is not licensed, invited or privileged to do so.

Marriage Partner. (2016, May 07). Retrieved from https://studymoose.com/marriage-partner-essay 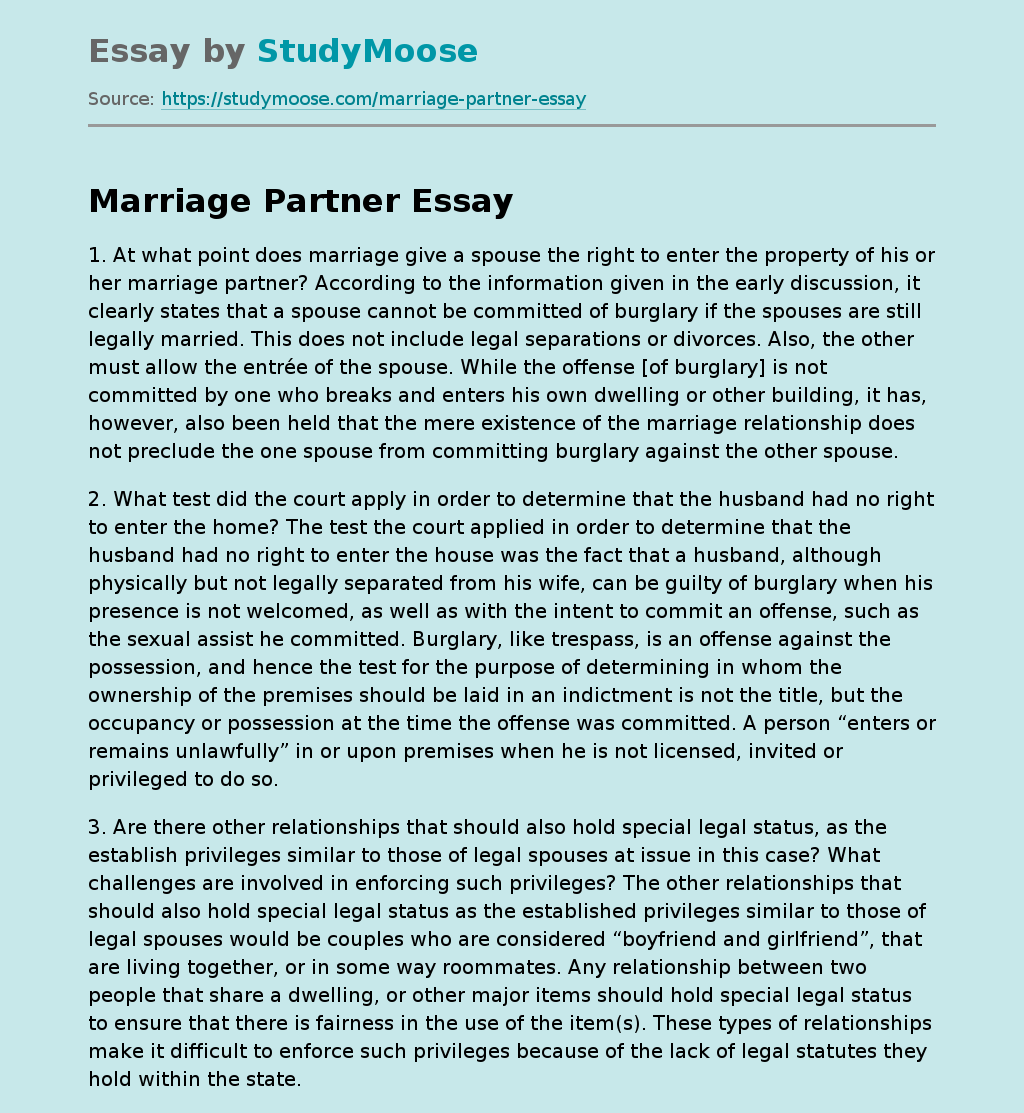