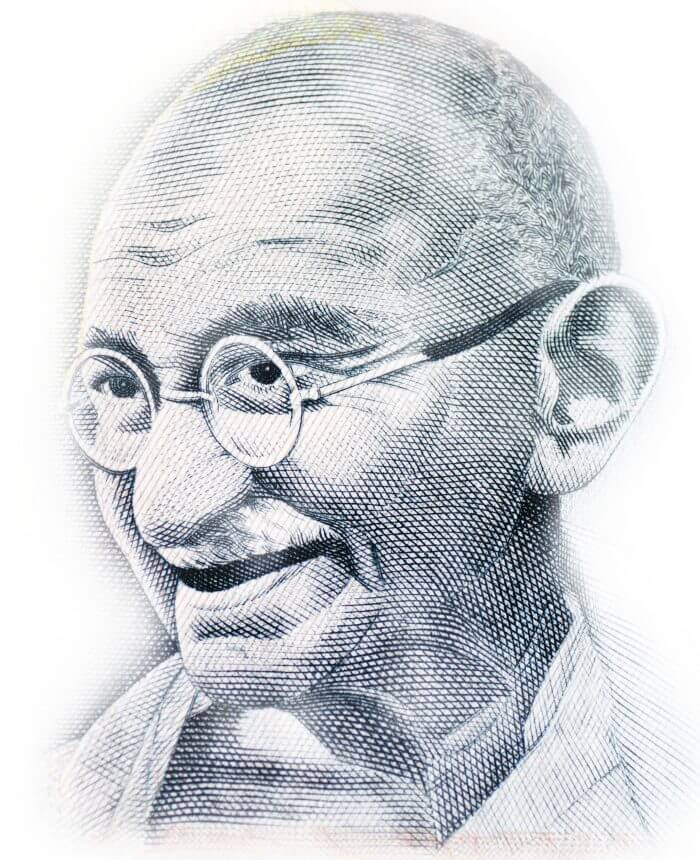 He was a unique person who could fight violence and aggression, using only words and the talent of persuasion. He was the one who became the “father of the nation” for India and the “great soul” for the whole world. His name is Mohandas Karamchand Gandhi, but he is better known as Mahatma Gandhi. The biography of this amazing man is full of important events for his country and his desire to change the unfair principles that existed for thousands of years on the territory of his native state. He enjoyed great authority and respect even from opponents. What were the things he managed to accomplish and what influenced the formation of the worldview of the “father of the nation”? A brief biography of Mahatma Gandhi will answer these and other questions.

Mohandas Karamchand Gandhi was born on October 2, 1869, in the coastal city of Porbandar, located in the state of Gujarat. Gandhi’s family was not poor. It occupied an intermediate stage in the class structure of India since it belonged to varna of Vaisya or merchants. The father of Mohandas Karamchand occupied a rather high position of the minister of the city. The family was very religious.

When Mohandas Gandhi was 19 years old, he went to a college in London, where he studied jurisprudence. When he graduated in 1891, he returned to India. In his native country, he could not pursue his professional activities which were not in demand and in 1893 Gandhi decided to go to South Africa to defend the rights of Indians there. He managed to obtain the post of legal consultant of a trading company. It was at that time in his life that he first applied the non-violent resistance method, called satyagraha. Thanks to such tactics, he and his associates managed to achieve the abolition of certain laws that have degraded the rights of Indians.

Relationship between Satyagraha and Swaraj for Gandhi Essay

Relationship between Satyagraha and Swaraj for Gandhi Essay

The Philosophy Behind Nonviolent Protest Essay

At that time, Mohandas Gandhi was in the period of intensive formation of his life positions, beliefs, and views that made him exactly the person millions of people will know. He was greatly influenced by the Bhagavad Gita, a part of the sixth book of the Mahabharata, the basis of Hindu philosophy. Other his sources of inspiration were Leo Tolstoy, with whom he was in personal correspondence where they discussed the ideas of non-violence, and the philosophical views of Henry Thoreau.

Wanting to change the world for the better, he believed that a person need to start with themselves. Gandhi was very picky about his way of life. He began to fast, gave up the European clothes in favor of the national Indian ones, adopted an ascetic way of existence. In addition, in 1906 he refused from marital relations.

Be The Change Essay

In 1905, Gandhi returned to India. Then, at the initiative of Rabindranath Tagore, a deserved Indian writer and Nobel Prize laureate in literature, he was called Mahatma, which literally means “the great soul.”  This title in India is added to the name of only esteemed and revered people, outstanding public figures, highly spiritual personalities. Mohandas Gandhi has never actually accepted the title of Mahatma, considering that he is not worthy of it.

At that time Mahatma organized the movement for Indian independence from Britain. At the time, he used only non-violent methods of struggle and preaches, participates in rallies and peaceful demonstrations. At the same time, he advised the Indians to boycott all British goods, institutions and violate a number of laws.

Later, he organized the famous Non-Cooperation Movement (1919) the Salt Satyagraha (Salt March) (1930) and the Quit India Movement during the World War II. He was strongly opposed and critisized by a British conservative politician Winston Churchill who feared that the actions of Gandhi supported by Indian people would bring the end to British Empire.

In 1921 he became the head of the Indian National Congress. After he was imprisoned in 1922, the Congress split. Since Gandhi had disagreements between his convictions and the views of other leaders, in 1934 he left his post.

Special attention deserves the persistent struggle of Mahatma Gandhi with caste inequality. Throughout his conscious life, he sought to ensure that the Indians were freed from deeply rooted unjust prejudices regarding the untouchables, since the mere fact of infringement of human rights contradicted the philosophy of Hinduism. All people, regardless of race, caste and religious predisposition, views, social and financial situation, are God’s creatures. Therefore he called untouchables Harijans that means “children of God.” This opinion can be found in the quotes of Mahatma Gandhi, who left many bright thoughts, still inspiring people from all over the world and instilling in them the hope for a better future.

Mahatma tried to end the infringement of the rights of untouchables through the introduction of laws. He tried with his own example to show that they are worthy of respect and equality for other people. He ate together with them and traveled in “third class” wagons intended for the representatives of this caste, and tried to attract public attention to their problem through peaceful demonstrations, hunger strikes, and rallies. Nevertheless, he did not consider it necessary to fight to ensure that the untouchables were provided with places in educational institutions and legislative bodies since he did not recognize their interests regarding participation in public life. Although the results of the struggle of the Mahatma with discrimination of Harijan did not bring great results, it has some fruits. His main achievement is that a law appeared prohibiting the infringement of the untouchables.

Majority-Minority Question in the Writings of Gandhi and Jinnah Essay

The reason the British Empire gave up imperial control Essay

Why Gandhi Was a Good Leader Essay Example

In addition to the untouchables, he was puzzled by the war between the Hindus and the Muslims who inhabited Pakistan, a country formed as a result of the division of British India into Pakistan and India. He tried to impose the principles of nonviolent conflict resolution with all his might. And when it did not bear fruit, in 1948 Gandhi went on a hunger strike. The result was a temporary truce between religious groups, whose leaders managed to agree on a short-term to end hostility.

It is also worth noting that Mahatma tried to solve the problem of early marriages, which, he believed, are harmful both physically and morally. With that, the dignity of women is infringed. To combat this, Gandhi urged women to participate in public life, to help men in their work, to give up foreign dresses and luxury. Of course, for his life and political activities, Mohandas Gandhi acquired not only associates and supporters of his ideology, but also ardent opponents. A particularly large number of them were among religious fanatics and terrorists associated with them.

Majority-Minority Question in the Writings of Gandhi and Jinnah Essay

The terrorist groups “Rashtriya swayamsevak,” “Rashtra dal” and the extremist organization “Hindu Mahasabha” longed for the continuation of the war. The millionaire Vinayak Savarkar hated Mohandas Gandhi, who had such a huge influence. He set himself the goal to kill the “father of the nation.” For this, he created a terrorist group and planned a conspiracy against Gandhi.

On January 20, 1948, two days after the hunger strike, an attempt to kill Mahatma was made. He preached before the faithful from the terrace of his house in Delhi. One of the men present threw a homemade bomb toward Gandhi. Although it exploded in the immediate vicinity of the Mahatma, no one was hurt. The Government of India, extremely concerned about this incident, wanted to strengthen the protection of the “father of the nation,” to which he responded with a categorical refusal.

January 30, 1948, was a fateful day not only for Mohandas but for all his ideological admirers. Mahatma Gandhi was killed this day. Accompanied by his niece, he went out to the lawn in front of his house to perform the evening prayer. As always he was surrounded by numerous adherents of his teaching. During the prayer, he was killed by Nathuram Godse.

The death of Mahatma Gandhi stirred not only India, but the whole world, and remains a tragedy so far.

If I Were the President of India Essay