Mahatma Gandhi’ borne ‘Mohandas Karamchand Gandhi’ (history.com editors) and ‘Martin Luther King Jr’ borne ‘Michael King Jr.’ (biography.com) are great role models and political leaders, who both fought for civil rights for their people in a nonviolent protest and was widely recognized for this. They are from different backgrounds and religious beliefs but fought for their people’s rights and was both praised for their heroic acts, to this day they are still praised an both their names remain iconic.

Throughout the Mahatma Gandhi and Martin Luther King Jr fight for civil rights, they went through many ‘conflicts’, ‘motive ‘and ‘outcome’. They both fought for what they thought was right, for what they believed in and they both loved and was loved by their people and they both died with dignity and satisfaction for what they fought for. In this essay you will see all their accomplishments and the legacy they both left behind.

He was widely recognized as one of the greatest political and spiritual leaders in the twentieth century and was honored in India as the father of the nation (humanrights.com).

Mahatma Gandhi was borne October 2nd, 1869 in Porbandar, India and was married at the age of 13, where he went on to have 4 kids (Nanda B.R.). His father Karamchand Gandhi was a chief minister who did not have much education, but his knowledge and experience made him a good administrator.

His mother Putlibai Gandhi was the fourth wife of his father (the previous three had died) who was completely absorbed in her religion (Wolpert 13). 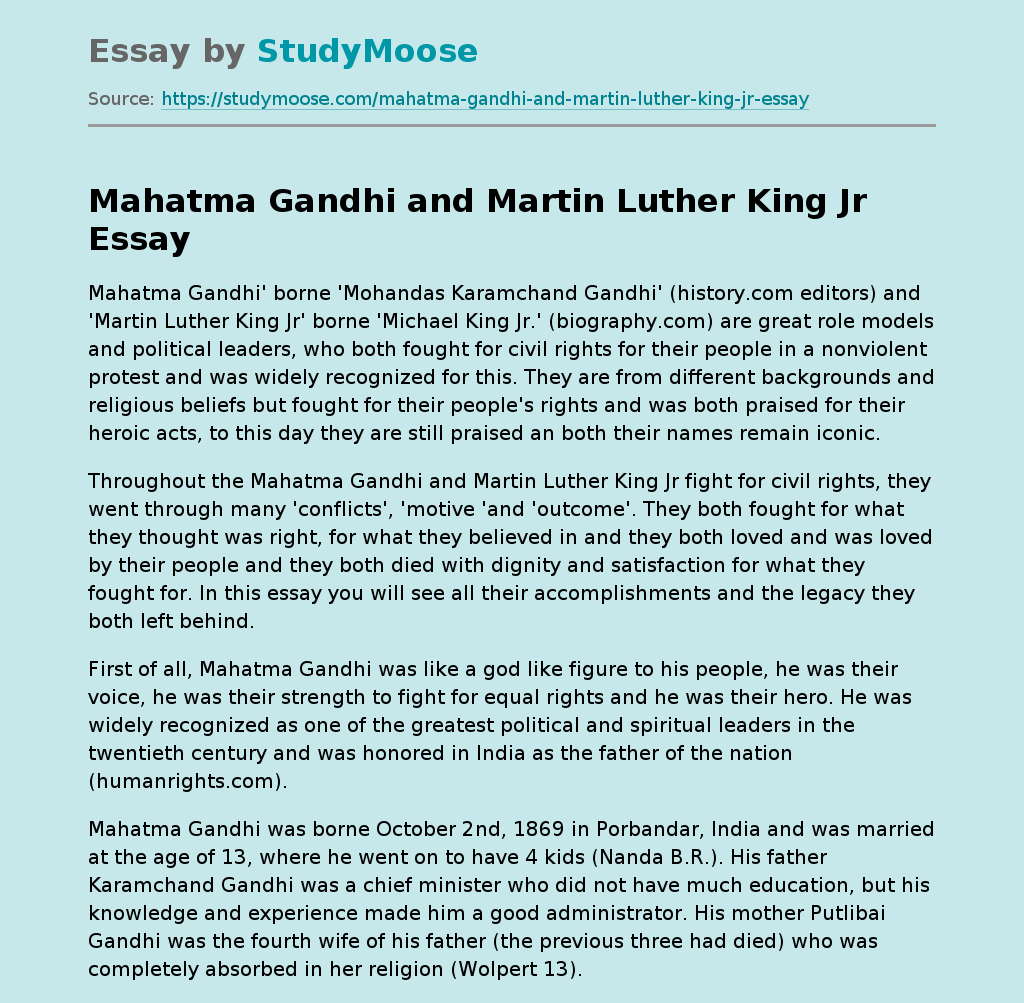