+84 relevant experts are online
Hire writer
A major purpose of Act IV of The Tragedy of Macbeth is to foreshadow events related to
Macbeth’s downfall.
In The Tragedy of MacBeth, Act III, what is the cause of Macbeth’s irrational behavior at the banquet?
his guilty conscience
What does the doctor see in the sleepwalking scene, and what does he speculate about the causes for what he sees?
The doctor sees that Lady Macbeth is sleepwalking and suspects that it is a supernatural phenomenon caused by an unnatural deed, which is in this case murder.
Get to Know The Price Estimate For Your Paper
Topic
Number of pages
Email Invalid email

He says that Lady Macbeth needs God, not an earthly doctor. 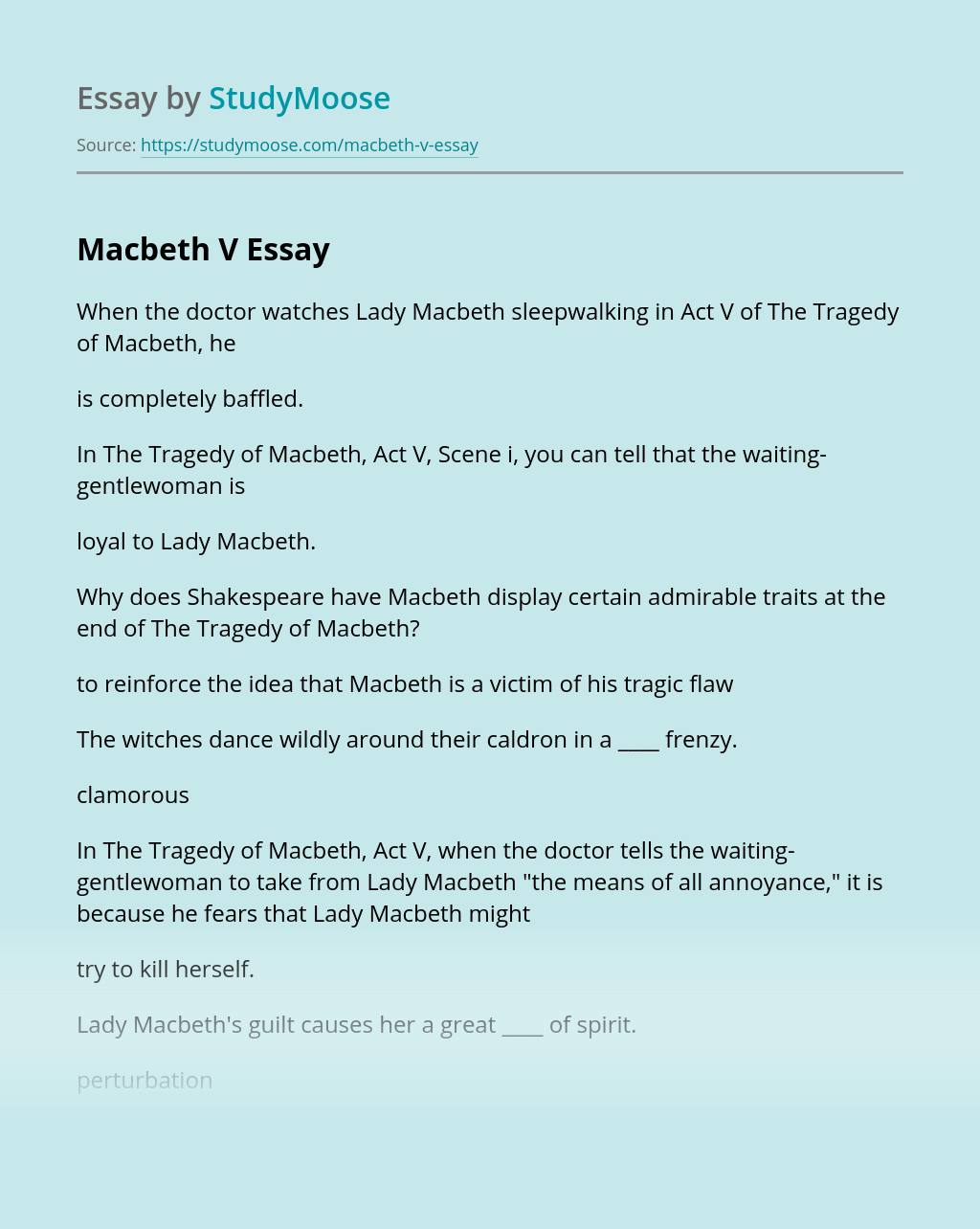