Don't use plagiarized sources. Get your custom essay on
“ “Macbeth” Analysis ”
Get custom paper
NEW! smart matching with writer

Macbeth met the three witches on the way home from a battle and they tell him that he will become thane of Cawdor and eventually king and with Macbeth being superstitous he believes the witches. When he gets home the king names him thane of Cawdor and after he tells his wife about the witches predictions she persuades him to kill Duncan and blame it on the guards. After they discover that Duncan has been murdered his two sons split up so they wouldn’t be killed.

Then Macbeth becomes king. Later in the play Macbeth gets worried about Banquo because he thinks that Banquo might figure out what Macbeth is doing and get Macbeth murdered for treason so Macbeth hires three hitmen to kill Banquo which they did successfully also at the same time the third assassin killed the other two assassin’s. Macbeth’s conscience then got the best of him because he saw the ‘ghost’ of Banquo. It wasn’t really a ghost because everyone can see ghosts and Macbeth was the only one who really saw Banquo.

This shows that his mind was playing tricks on him because he felt guilty. To me his feeling guilty showed that he still cared a little for those he loved but then again if he cared he would stop killing them. Macbeth went to the witches for a new divination. Back then the witches were classified as being evil. This shows that he no longer cared if he was being evil or not.

All he really wanted was to have the future look good for him. The witches called upon three apparitions which each gave a warning to Macbeth. Of these apparitions the most important was the one that said that he should not be worried of a male but of a female. He then believed that no matter what he did to MacDuff, MacDuff would not kill him. That may have been the reason as to why Macbeth had Lady MacDuff and everyone else in the house murdered. I think that Macbeth finally realized that all he had done had been wrong when Lady Macbeth killed herself. Her suicide showed that even she with all her evil and deceitful ways could not handle all of what had happened. He knew that her willpower was much stronger then his and knew that if she couldn’t handle it then soon neither would he.

When MacDuff finally killed Macbeth he realized that as evil as the witches were, they were right because now Banquo’s children were royalty. He was no longer king. I think he may have known that he was just as evil as all those he fought in wars when he was not sinful. Macbeth’s steps into hell were a great many. At the beginning he had a very strong conscience and it would have gotten the better of him if it wasn’t for his wife. But he would not let his manhood be questioned so he committed the first of the many evil acts. Then he went down the flight of stairs into hell, only taking one step at a time. 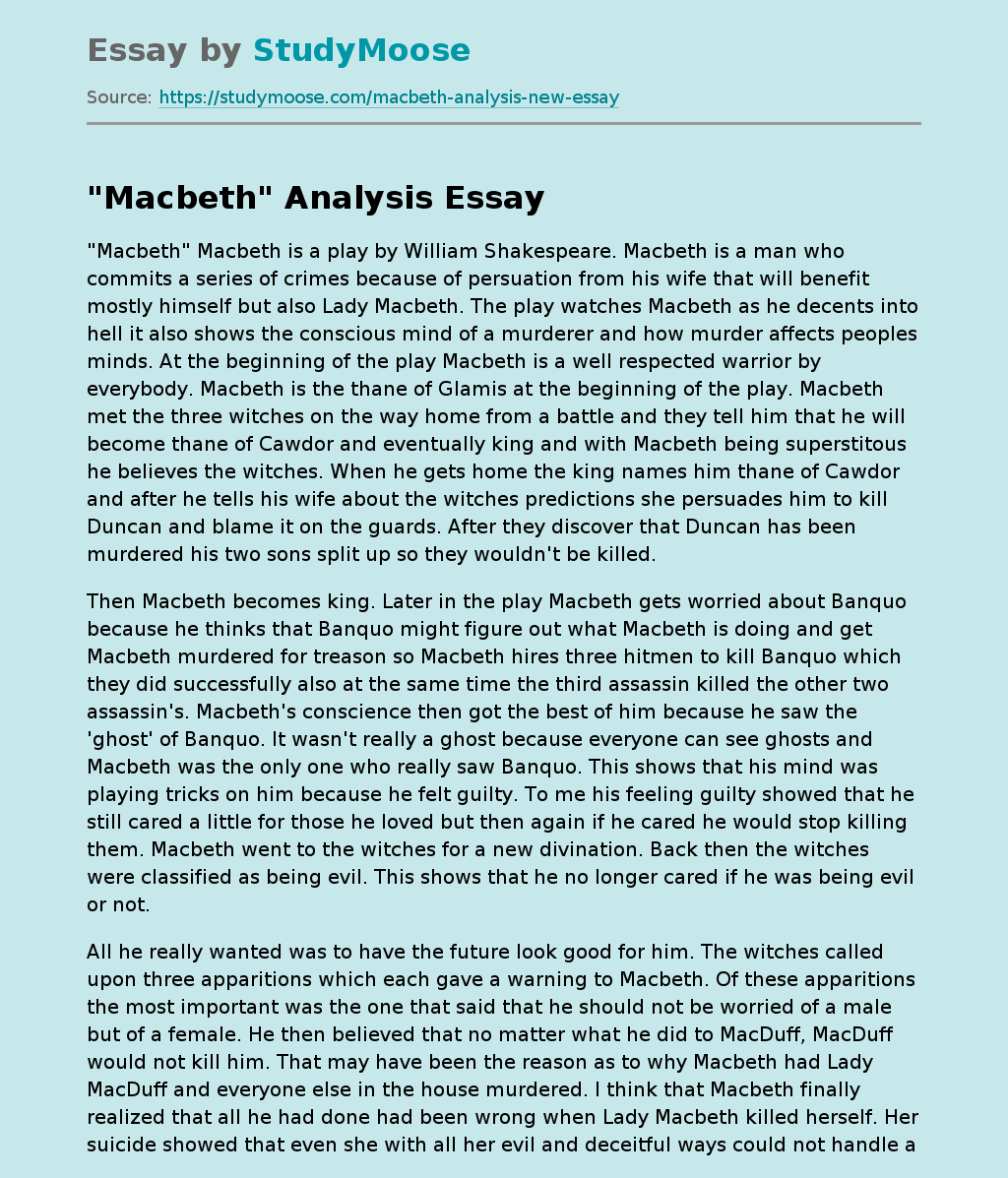