“Most linguists would say that there is no such thing as a perfect translation and that something is always lost when we move from one language to another. ” Sometimes when translating, there might be the difficulty, of finding a word that expresses or means the same thing, and because there isn’t one specific word that means the same as the other, instead of putting one word, many are used, to describe the words meaning. Each language has a specific way in which the words structure a sentence (grammatical rules to structure a sentence), so that the sentence can make sense.

Turn in your highest-quality paper
Get a qualified writer to help you with
“ Lost in Translation – Linguistics ”
Get high-quality paper
NEW! AI matching with writer

Because meaning changes from one language to another, words need to be added or omitted and the structure of the sentence needs to change, so that meaning of the words can be more accurately translated. When translating one needs to at times translate the meaning, and not the words, because the words could have different meanings. Even though the structure has changed the meaning can still be the same, they are just said in different ways.

The direct translation of No me digas! is: Don’t tell me. In English when you compare the words: “are you serious? ” to “Don’t tell me! ” the meanings are different. “Are you serious? ” would mean: Are you kidding? Really! Or I can’t believe it! While “Don’t tell me! ” would mean: Don’t tell me what’s going to happen or don’t talk to me, I don’t want to hear it! When comparing the meanings, one can see the obvious difference. So in order to get the same meaning, words as well as their structure need to change. 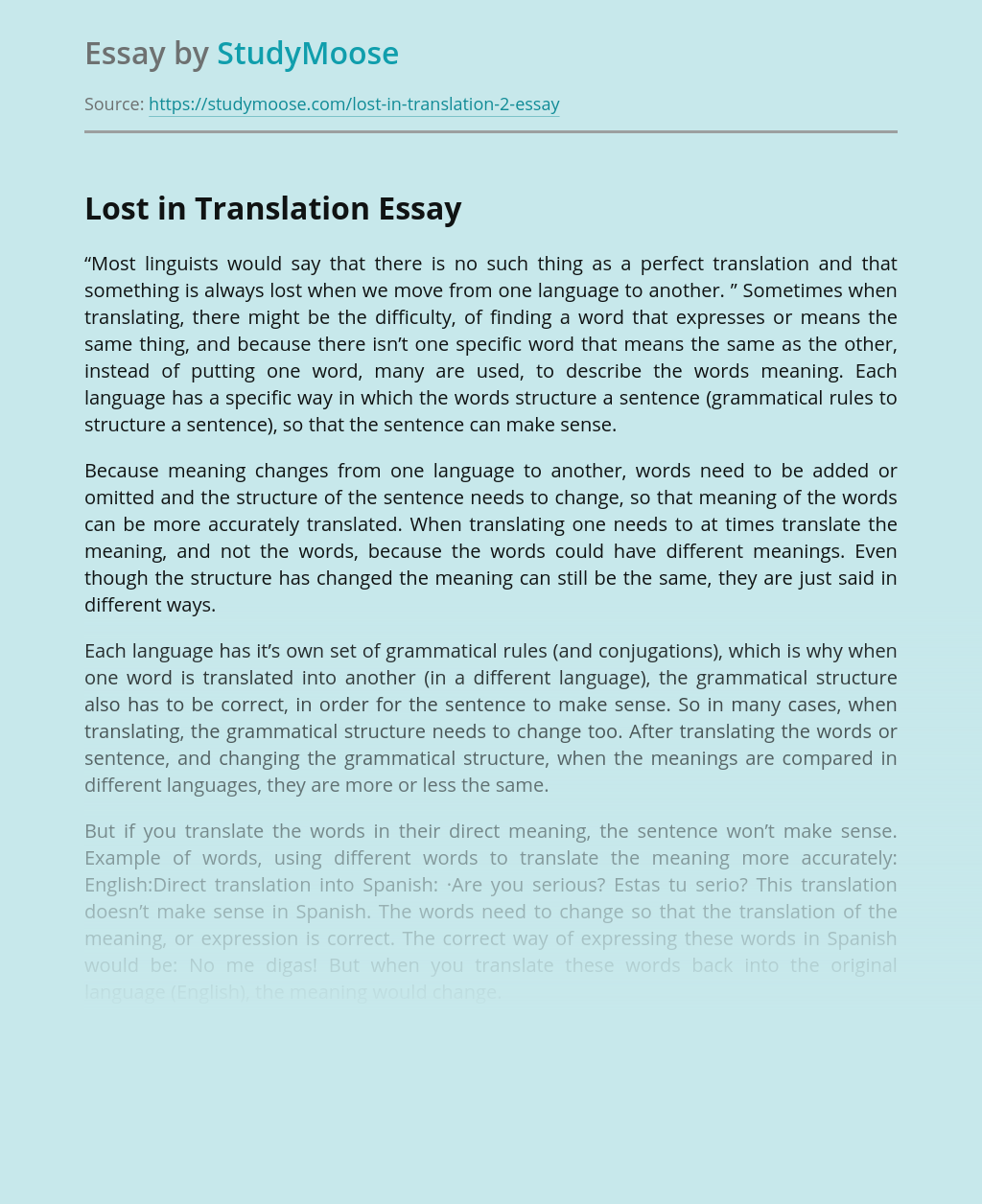 Turn in your highest-quality paper
Get a qualified writer to help you with
“ Lost in Translation – Linguistics ”
Get high-quality paper
Helping students since 2015
Stay Safe, Stay Original