The movie, “Lorenzo’s Oil”, was about a family that found out that their son had been diagnosed with a rare, genetic disorder of which was considered incurable. The sex-linked disorder ALD, passed on by the x-chromosome, of which is usually accompanied by the unfortunate fate of death, has also been known to bring forth muteness, blindness, comas, seizures, and deafness. With no known cure for ALD, or any possible way of escaping its final result (death), doctors would use a special treatment to prevent any further deterioration of the brain, depending of course on the severity of the damage done prior to treatment.

In Lorenzo’s case, the disorder had already corrupted too large of an area of his brain so the treatment given by the doctors would have been of little help to him. In most cases, death occurs nine months after diagnosis, however, Lorenzo’s parents refused to let death be his only option and they did their best to find another treatment to help their boy.

This movie relates to chemistry in many ways, especially in the sense that there were chemical imbalances observed and the reactions of these imbalances were noted for future reference. As a major component in the medical field, chemistry is used in producing new solutions, observing their reactions, and testing the effectiveness of these solutions in treating or curing various illnesses. This is shown when Lorenzo’s parents continuously perform their experiments of mixing various substances and noting their ability to lower fat build-up in hopes of finding a cure to their son’s diminishing health.

If put under the same circumstances that Lorenzo’s parents were put under, I believe that I would go to the same lengths in attempting to find some kind of treatment for my child. I think that my maternal instinct to care and protect my child would be too strong for me to just sit back and watch my child suffer, and honestly, seeing my child helpless and constantly struggling to live would be more than enough reason to do my best in finding something to ease, if not cure, my child’s illness. Whether or not I had been gifted with the knowledge needed to find such a remedy, I would still want to do all that I could for my child, even if it meant risking my life to save hers, and if nothing could be done, I would be sure to stay by my child’s side at all times. However, one thing that I would never do would be to tell the doctors to end the life support given to my child. Even if that was the only way to end her suffering, I would rather let nature run its course than to feel guilty at finalizing the action of which would “help” her (according to other’s opinions who have no idea what she is going through) and feeling like a murderer of my own flesh and blood.

When Lorenzo’s parents had made the discovery of a tonic, powerful enough to soothe the symptoms of ALD and lower the fat build-up, they did the right thing in immediately relaying the information of their treatment to doctors in hopes of saving other patients suffering as their son was. However, I feel that the doctors abused their powers as medical authorities in neglecting to accept the remedy, or even look into the composition of the remedy to find their own evidence of the effectiveness and ability to cure of the treatment. As doctors, their duty is to aid and assist the patients and to inform the patient’s families of every option available to ensure that they, as professionals in the medical field, did all that they could to cure or save their patients. However, by refusing to investigate the medicine or give the patients the option of trying this new innovation, the doctors neglected fulfilling their duty to its fullest extent and deprived their patients of another possible chance at survival. It is understood that all possible treatments produced are tested for months to confirm their effectiveness at combating ailments, of which is a very beneficial procedure to all.

Lorenzo’s parents conducted numerous tests on their tonic’s working ability did and were aware of all possible reactions of their product. They felt confident in its positive benefits, which is why I feel they were so insistent at giving the medicine to other patients. I doubt that Lorenzo’s parents would have passed on such a treatment without knowing all the effects of their remedy, especially since they used the exact same medicine on their own child. However, I do not understand why the doctors would have been so set on refusing outside influences. I believe that one change made to the current system could be for doctors to be more willing to accept suggestions given to them, whether the suggestion be proposed by a medical professional or not. As shown in the movie, helpful information and innovations can be given by people other than medical authorities, such as dedicated parents, like those of Lorenzo. Another change to the system would be to make medicines more affordable to ensure everyone the same chance at living a long and healthy life.

Even though technology has improved in the field of medicines and researchers have become more educated in areas of which they had once been clueless and lost, the medical field still has yet to be perfected. Many diseases and disorders are still considered mysterious, with very little knowledge known about them, and undiscovered. Until researchers educate themselves of every aspect of these controlling “monsters”, people will continue to suffer from such ailments. However, with better funding for the investigation of these unknown illnesses, knowledge will be obtained more quickly and long-awaited innovations will be found, an advantage to many, if not all. Researchers being more open-minded and more welcome to outside suggestions and ideas would also help in solving medical problems. They could also try to be more accurate in diagnosing sicknesses to ensure that patients are given the proper treatment and care needed to combat a specific ailment.

Although changes to the procedures and actions in the medical field could be made, changes concerning those involved in the well-being of mankind would also need to be made. Unless researchers, doctors, and others capable of saving mankind are more willing to listen to outside ideas and perform their jobs to their fullest extent, the goal of being more powerful than these tricky, microscopic demons, of which for centuries have left us confused and bewildered at their amazing ability to conquer our bodies for their own use, will continue to be unaccomplished. 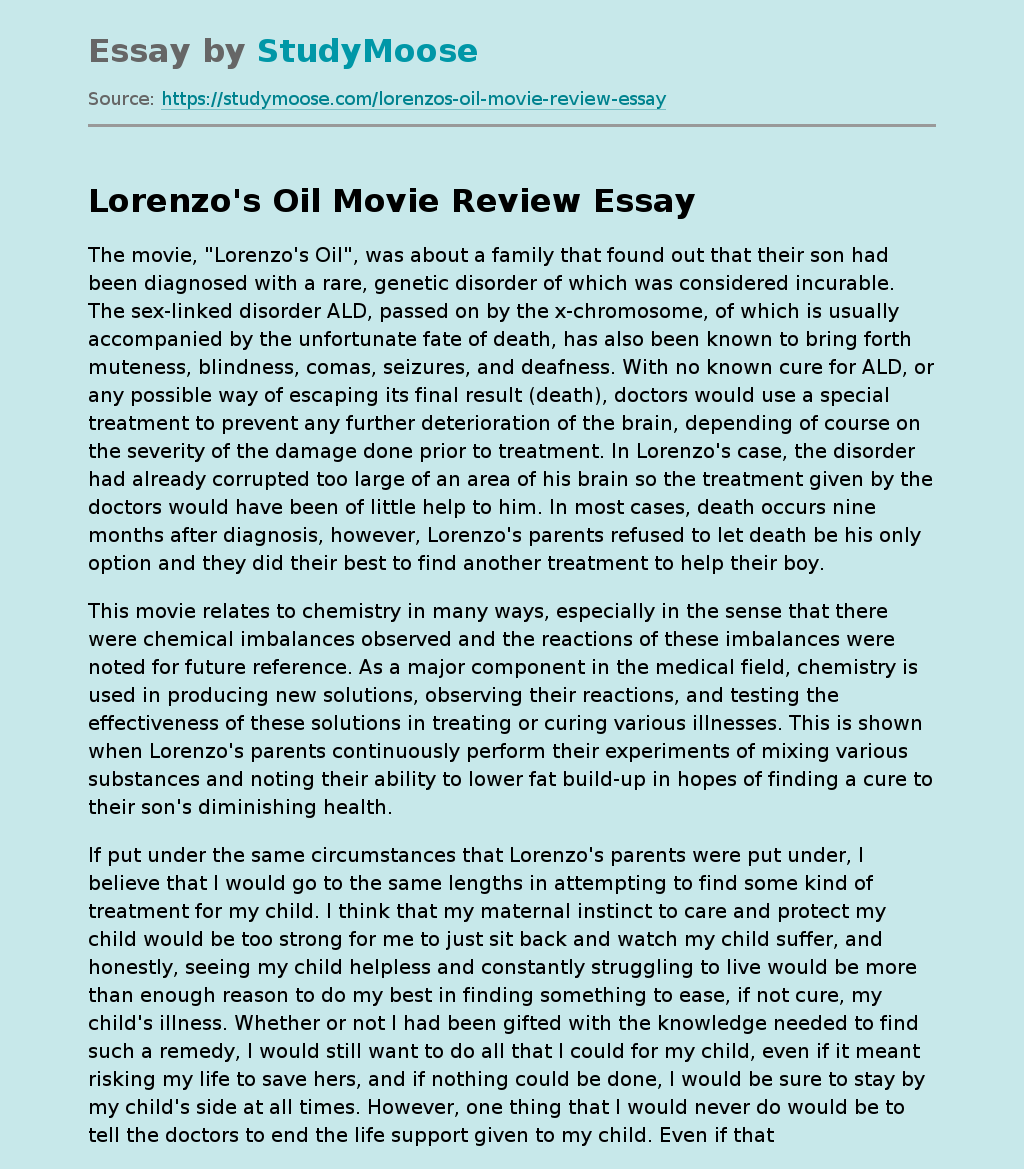