Pacita Juan’s willingness to take risks, coupled with her passion for coffee, led her to create Figaro. Together with friends, Juan opened the first Figaro coffee shop in 1993 before Starbucks and Seattle’s Best were introduced to the country. Figaro is now the second largest coffee shop chain in the country, grabbing 30% market share. It is, in fact often mistaken for a foreign brand. From its first store in Makati, Figaro now has more than 30 in the Metro Manila and an outlet in Hong Kong.

Don't use plagiarized sources. Get your custom essay on
“ Local and Foreign Entrepreneurs ”
Get custom paper
NEW! smart matching with writer

Juan is now keen on settling up shops in Vietnam, Singapore and China.

While growing the business, CEO Juan saw firsthand the dismal state of local coffee planters. She felt strongly that something had to be done to improve the situation. Through the Figaro foundation, she invites her employees and customers to contribute time, effort and resources to projects that support the local coffee industry such as the Save the Barako tree-planting activities and the Adopt-a-Coffee-Farm project.

Through Adopt-a-Coffee-Farm, Figaro taps underutilized farmlands for the cultivation of coffee beans, which the company buys for its coffee blends.

The project was first implemented in Amadeo, Cavite and is now being undertaken in some of the remotest and most depressed areas in Mindanao. Antonina Cesario Mila’s Lechon A fresh graduate of Pharmacy from the University of Santo Tomes, one of the more prestigious schools in the Philippines, one would wonder what Antonina Cesario was thinking selling lechon at a time (1968) when a college diploma was a decent way to start a more prestigious career.

Antonina started out not even with a lechon but hawking boiled corn in the streets.

After a while, she opened what is termed in the Islands as a Sari-Sari Store which are actually holes in the wall stores that are popular in any typical Filipino neighborhood. It was not enough. In the Philippines, there is about one sari-sari store for every 600 population. Just imagine the competition that one is about to go through. And so with a few pesos saved, and with a leap of faith, she bought a pig, made a lechon and sold it. No dice. The lechon did not sell at all. The lechon though is a very popular fare in the Philippines. A feast is never complete without it. So the idea persisted.

She did a twist to it, selling it by the kilo. From then on, Filipinos does not have to wait for fiestas and other affairs to have lechon on their tables. They can have it any day they want it. Mila’s lechon turned out to be very popular. So popular in fact that the district where Mila’s lechon originated is now termed as the lechon capital of the Philippines. The family then started venturing out to other businesses like restaurants and the selling and distribution of sauces that could be found in any supermarket in the Philippines.

Foreign Entrepreneurs Anita Roddick The Body Shop Dame Anita Roddick created The Body Shop in 1976 with just 15 products that she had sourced herself from around the world. Anita had traveled extensively before opening up her business and with her husband and two girls in tow she set off to create something special. Faced with a massive task of getting the shoppers in the UK to part with their money for “Greener” products, but with a motivation, a dollop of passion and a pinch of luck Anita managed to succeed. Luckily for Anita just as she was halfway through her first year the UK shoppers had a change of heart and started shopping for these “Green” products she was selling.

She opened another store and another, and another, they just seemed to grow and grow. Anita had managed to build her empire to a whopping 1,980 The Body Shop stores, totaling in more than 75 million customers worldwide in 50 different countries by 2003 and was then bought out in a very controversial deal with L’Oreal it was controversial due to The Body Shop not using ANY products tested on animals, as opposed to L’Oreals company that did. The deal made her ? 652. 3 million ($1. 03 billion) better off which was more than well deserved for her fierce years of service. I hope Dame Anita managed to enjoy that money for the remainder of her life.

Coco Chanel Chanel Coco Chanel, it kind of slips of the tongue doesn’t it, it’s one of those names that we all know and probably one of those names that we associate with the world of fashion and her perfumery. Known worldwide Coco Chanel was one of the most creative and successful entrepreneurs of her era. Her first chosen career was that of a singer, although she couldn’t get the work whether that was because she had a poor voice or because there was such excellent singers at the time I’m not quite sure. However it spurred her into becoming the entrepreneur that we know her are as today.

In 1910 she became a hat maker and opened up her own beauty in the Paris, France. The business was a success and in 1913 she opened a boutique in Deauville, where she began introducing a luxury line of casual clothing which were apparently suitable for leisure or sport. In 1921 after concocting a perfume for herself, she found other people enjoyed it so much that she decided to introduce it to her boutique she called it Chanel No. 5. It is thought that this perfume was the first of its kind, by that I mean that it was the first perfume that was ever sold worldwide and not just within a singular state or country.

In 1939 at the beginning of World War II, Chanel decided to close her, now many, boutiques as she believed it to be the wrong time to sell fashion. However after four years without working she decided it was time to renew her passion. 1945 after moving back to Paris (she had previously moved to Switzerland), she continued with their collections of luxury clothing and perfumes, and although her new collections at first did not have much success with the Parisians at the time, she was very successful with the British and American customers. Today her legacy, Chanel, is worth an estimated $4. 5 billion. 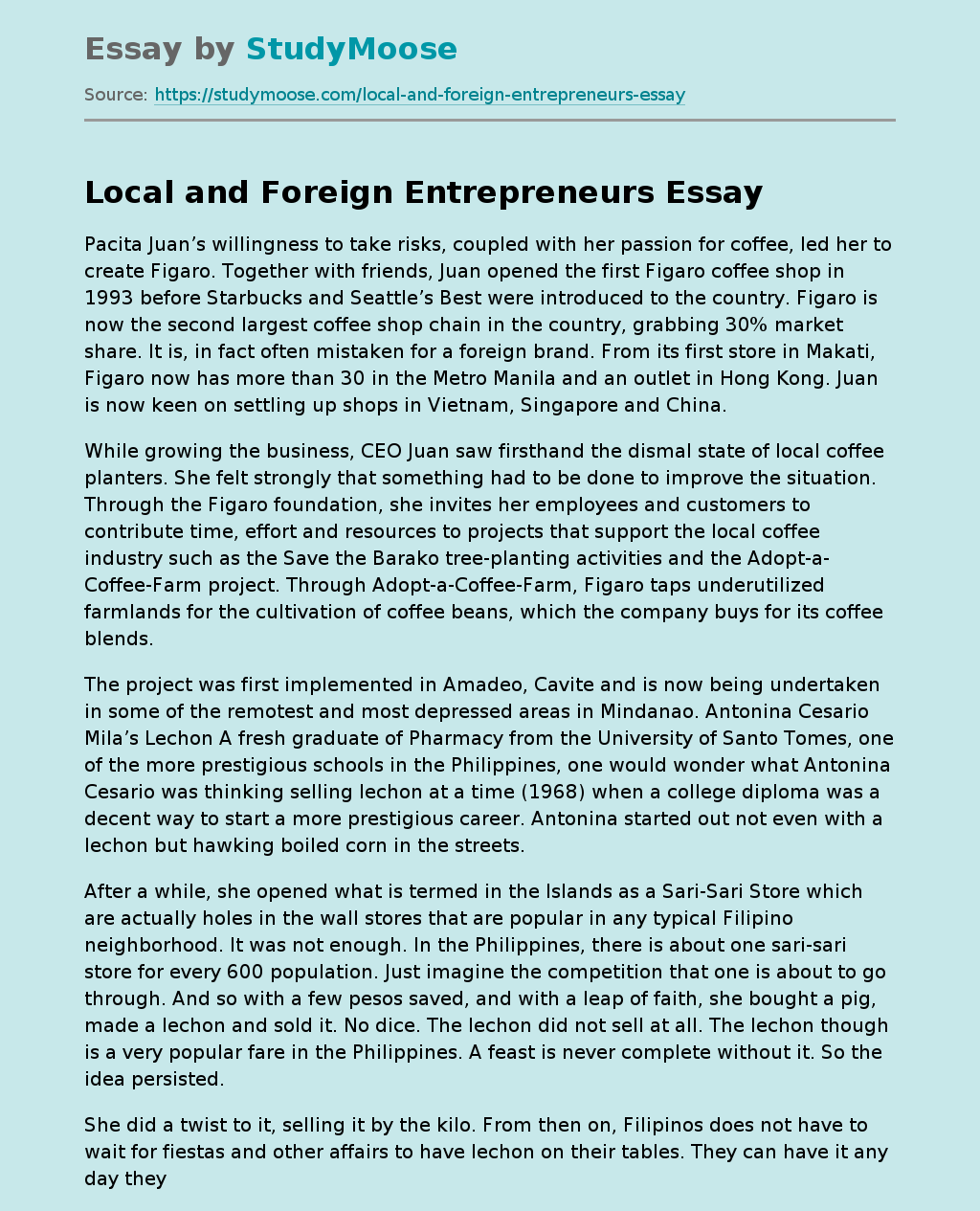