Does littering irritate you, just as much as it irritates me? Well, it should. Litter irritates everyone. Littering has been around us for centuries and in fact ever since human life came to this world. Littering destroys the beauty of nature of the outdoors. It makes the area look dirty and bad.

Litter just doesn’t appear. It is the result of careless attitudes and improper waste handling. Often people are too lazy to dump their belongings in the trashcans, leaving them the only option to dump it anywhere.

Don't use plagiarized sources.
Get Your Custom Essay on Litter Essay Just from $13,9/Page

Some people, however, may not even know they are littering. Other causes of litter might include inconvenient garbage bin placement or a lack of garbage bin in an area that is frequented by people.

Additionally, some senseless people also litter food items such as chewing gum and banana skins. Dog fouling is also litter, although it is not actually defined as litter, as it is not caused by people. However, it is the responsibility of dog owners to clean after their dogs foul.

Litter creates a variety of problems. It causes great harm to wildlife. In animals such as birds plastic can cause them to choke when they mistake it for food. Littering can be hazardous to one’s health as well. Trash in an area attracts vermin and bacteria. Broken glass and other sharp objects also cause harm to people when left in public places. And most importantly, no one would like gum on their shoe, when walking on streets.

Littering not only harms our health, but it cost money by preventing communities to attract more business and tourists. It also hurts our communities in ways of the house market by causing owners to lose money. Besides, littering also costs our cities money when in return, these money could be used for more important things. According to Falkirk Council in the United Kingdom, it costs them somewhere around £3 million a year to clean up the mess caused by littering.

There are many ways that we could come up with to stop people from littering. The first way to slow down people from littering is by putting up cameras in places that are being littered in the most. These cameras need to be mobile so that they can be moved around to the places that are being hit the hardest. Another easy and cheap way to stop litter is to pick it up! Not only does this help people, but it also helps plants and animals. You shouldn’t be lazy! If a trashcan is nearby, get your careless butt off the couch, and throw the trash away! To reduce litter even further, take part in community cleanups. The only hard part about this reduction is that if you pick up some litter one day, there might be more the next day! This could be positive though, because picking up litter frequently is a good exercise.

When we throw things out that could have been reused or recycled, it just makes it harder for the earth to stay a healthy place. In order to have clean and healthy environment we need to recycle our waste or use reusable things. For example, instead of throwing plastic and waste paper on the ground, we could just dump it in a bin, so that it can be recycled or when we go to a store, we could carry our own bags, in order to avoid the use of plastic bags provided by the store. When we think of nature, we think of it as beautiful and clean. This is not what is seen today. There is trash everywhere: in streets, on sidewalks and other places where it should not be. Littering effects everyone and everyone litters, so why do we do it? The causes of littering are very simple and easy to establish, while the effects of littering are complex and difficult to deal. So we should put an end to this, so that we can have a better and healthy future. 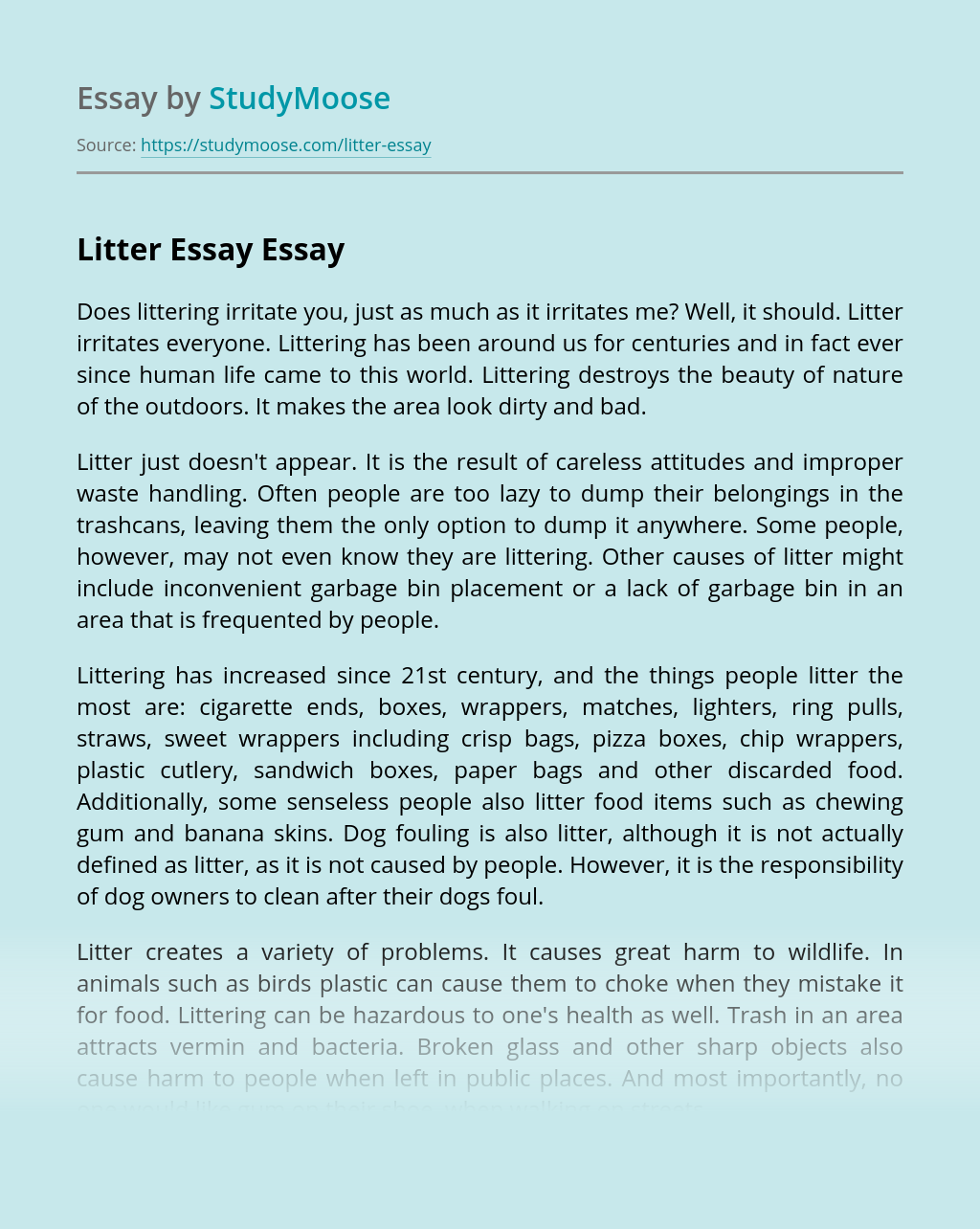 1. Executive summary Herman Miller, an environmental leader in the office furniture industry that offers a wide variety of products including seating, systems furniture, filing storage, desks, tables and health care. In 1989, the company decided to adopt a triple-bottom-line philosophy, so it established and changed company’s environmental direction by adopting “Perfect Vision” initiative that...

I love community service. :) I love meeting people and hearing stories. And I truly believe every cliché there is about volunteering: The giver receives even more than she gives, giving time can be more important than giving things, I believe it all. During my freshman years, we had our community on Kalaunan, Mandurriao. And...

Types of Infrastructure Infrastructure is divided into two major classifications, “hard” and “soft”. “Hard” is obviously the roads, bridges, etc. It also relates to the big physical networks essential for the functioning of a modern industrial nation Hard infrastructures refers to physical facilities or installations needed to operate, manage and monitor a system with the...

The automotive industry is major component of the American economy, but also is a very devastating one, which consumes in large quantities natural resources and generates a lot of waste. This industry contributes pollution with toxic substances and fossil fuels. By knowing the Life cycle implication of a specific design materials are the key point...

Illegal solid waste disposal on Willies Street in Bedford Town is being taking place. This garbage along the roadside is the root cause of creating several problems regarding people’s health and in maintaining the road for an undisturbed traffic. It’s been over a year that people commit the outrageous crime of throwing garbage along the...